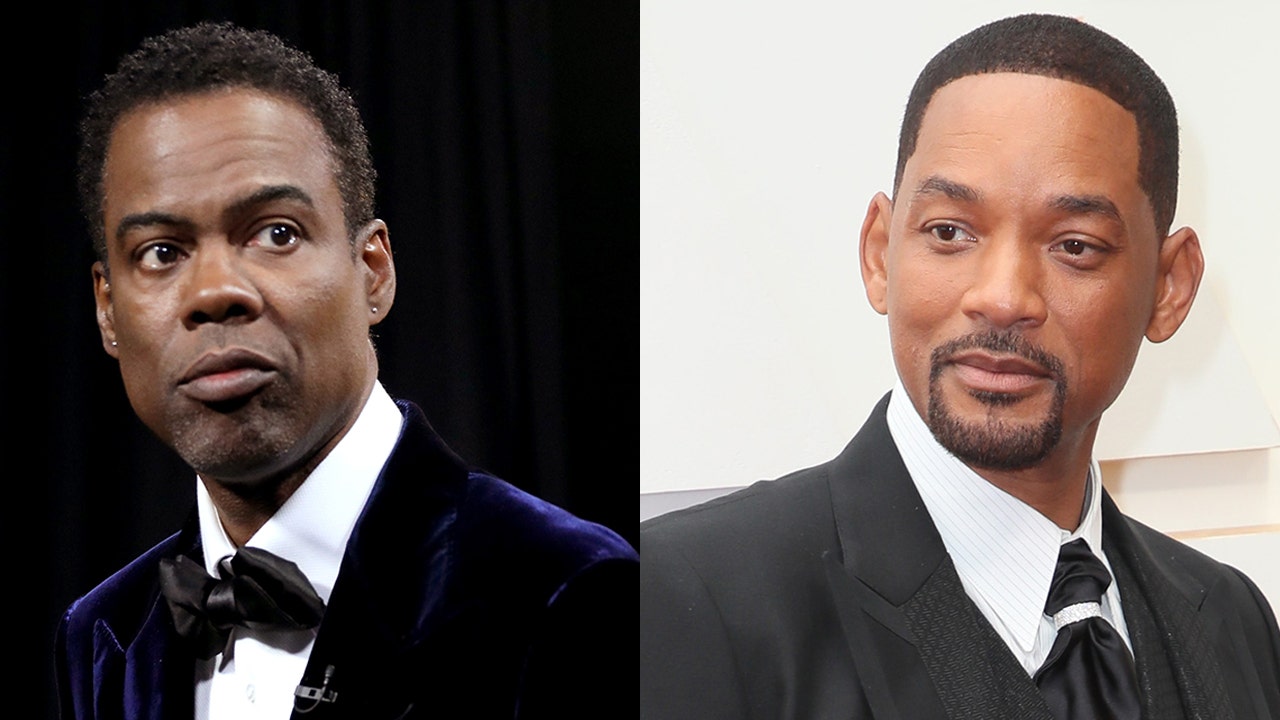 Chris Rock joked about the Academy Awards ceremony drama just hours after Will Smith issued an on-camera apology to the comedian Friday, nearly four months after Smith stormed the Oscars stage and slapped Rock live on air as he was presenting an award at the 2022 ceremony .

While performing at Atlanta’s Fox Theater as part of his “Ego Death World Tour,” Rock compared Smith to the former Death Row Records co-founder, Marion “Suge” Knight, who is currently serving a 28-year prison sentence after pleading no contest two voluntary manslaughter in 2018 following a fatal confrontation in Los Angeles in 2015.

“Everybody is trying to be a f—ing victim,” Rock said, via People magazine. “If everybody claims to be a victim, then nobody will hear the real victims. Even me getting smacked by Suge Smith … I went to work the next day, I got kids.”

WILL SMITH OPENS UP ON CHRIS ROCK OSCAR’S SLAP

“Anyone who says words hurt has never been punched in the face,” he added, words he’s echoed in a previous show while touring recently with Kevin Hart on “Only Headliners Allowed.”

Chris Rock joked that he was slapped by “Suge Smith” at the Oscars following Will Smith’s on-camera apology issued Friday.
(Getty Images)

Knight was known for music just as much as he was for his temper, and was allegedly the ring leader in a string of violent deals. Shakur was in Knight’s car when he was killed in a drive-by attack in Las Vegas in September 1996. A similar drive-by shooting killed Shakur’s East Coast rival, The Notorious BIG in March 1997, with Knight assumed to be the prime suspect. Knight had felony convictions for armed robbery and assault, and lost control of the label when it was forced into bankruptcy in 2009.

“I’m not a victim. Yeah, that s— hurt, motherf—er. But, I shook that s— off and went to work the next day. I don’t go to the hospital for a paper cut,” Rock reportedly told the crowd in New Jersey last week, via Us Weekly.

Smith shared a video on YouTube answering everyone’s most asked questions, including why he did not apologize to Rock during his acceptance speech. After Smith walked up on stage and slapped Rock for telling a joke about Jada Pinkett Smith, he went on to win Best Actor for his role in “King Richard.”

“I was fogged out by that point,” Smith admitted about the lack of an immediate apology to Rock. “It’s all fuzzy.”

The late Tupac Shakur and Marion “Suge” Knight were pictured in 1996. Knight is currently serving a 28-year prison sentence after pleading no contest to voluntary manslaughter in 2018.
(Jeff Kravitz)

CHRIS ROCK ADDRESSES WILL SMITH OSCARS SLAP WHILE ON COMEDY TOUR WITH KEVIN HART: ‘I’M NOT A VICTIM’

The “Gemini Man” actor revealed he has reached out to Rock to talk about the incident, but claimed the comedian is not ready to sit down with him. He also spent the 5-minute-long video apologizing to Rock and others – including Rose Rock.

Rose initially said the following the slap: “When Will slapped Chris, he slapped all of us, but he really slapped me.”

Will Smith hits Chris Rock on stage while presenting the award for best documentary feature at the Oscars on March 27, 2022, in Los Angeles.
(Chris Pizzello)

Rock had made a joke about “GI Jane” and referenced Jada’s bald head. Pinkett Smith had previously discussed her struggles with alopecia, an autoimmune disorder that causes hair loss.

Days later, the “Independence Day” star announced his resignation from the Academy of Motion Picture Arts and Sciences in a statement provided to Fox News Digital, saying he had “betrayed the trust of the Academy.”

“I have directly responded to the academy’s disciplinary hearing notice, and I will fully accept any and all consequences for my conduct,” he said.

Following his resignation, which was accepted by the Academy, Smith was banned for 10 years from attending Oscars events and shows.