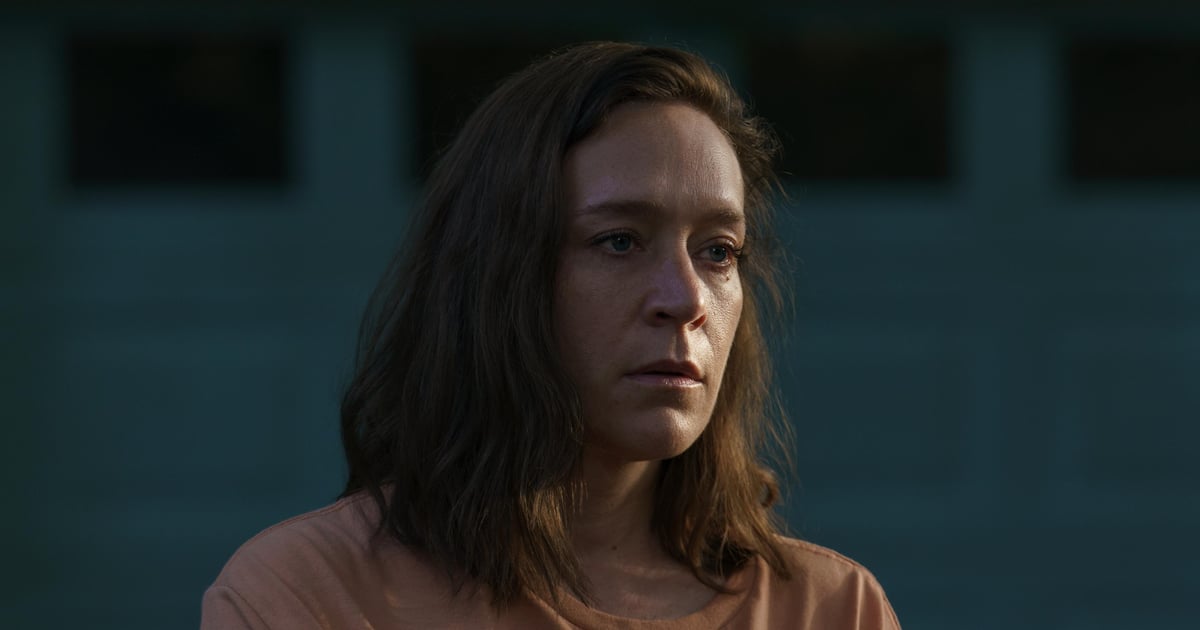 Hulu’s “The Girl From Plainville” examines the real-life story of Michelle Carter’s infamous “texting suicide” case. Based on Esquire’s 2017 article of the same name, “The Girl From Plainville” stars Elle Fanning as Carter, the Massachusetts teen who was found guilty of involuntary manslaughter as a result of her long-distance boyfriend Conrad Roy III’s (Colton Ryan) death. Following a string of texts between the two, it was discovered that Carter had encouraged Roy III to go through with his plan to end his life by filling his car with carbon monoxide. Carter’s trial is the subject of “The Girl From Plainville,” but the dramatized Hulu series also explores the relationship between her and Roy III, as well as the events that led up to his death.

“I thought the way that they had dramatized the text between the two [leads] and its fantasy sequences was something fresh. “

With the noticeable uptick in true-crime stories being reimagined for TV shows and films, there’s a thin line between recalling real-life events and sensationalizing them for entertainment – especially in a case as complex as Carter’s. However, “The Girl From Plainville” star Chloë Sevigny assures POPSUGAR that the series was vigilant about handling Carter, Roy III, and other characters’ stories with care. “I just thought that [showrunners] Liz [Hannah] and Patrick [Macmanus] had done an incredible job and really looked at this case from all angles, “she says.” I thought the way that they had dramatized the text between the two [leads] and its fantasy sequences was something fresh, something I had not seen before, and had these really nice moments of levity amongst all the tragedy that happens throughout. “

Sevigny – who plays Roy III’s mother, Lynn Roy – agreed to be a part of “The Girl From Plainville” after learning that Roy had signed off on the show. “I knew she had given the project her blessing, and I could feel like it really resonated with how important telling her son’s story was. That really made me want to get on board and help,” she explains.

“But I also thought there was something very universal in her story that I think a lot of people watching, who had lost someone they love, could find comfort in.”

With Roy’s blessing and Fanning’s involvement as executive producer of the series, Sevigny knew “The Girl From Plainville” was a project she needed to pursue. The show extends grace to Carter, Roy III, and their mental states, providing context on their intimate relationship through spirited storytelling devices. But in Sevigny’s role, her earnest point of view adds depth to the story by shedding light on some of Roy’s struggles as a grieving mother grappling with her son’s death. “I never really played a character that had gone through something like this before,” she says of portraying Roy. “This is a real examination of grief. This is a woman who’s going through all of these stages of grief. I was really drawn to Lynn when I saw her in the ‘I Love You, Now Die’ documentary, and then I also watched her in a ’48 Hours’ episode. I was just very taken in by her, how grounded she was, and the strength that she projected. ”

Sevigny says her main approach to embodying Roy was tackling her “particular” accent. “I started working with a dialect coach, and then I had a lot of her interviews cut together in audio form, and I would just listen to those,” she explains. “Then I would watch her snippets from the documentary over and over, and just hope to capture something of the person that she was portraying in those.” In studying Roy’s mannerisms, Sevigny also found it important to center some of her pain in a way viewers could resonate with it. “I think whenever we’re on camera, we’re giving a certain side of ourselves,” she says. “Of course, it’s a show and it’s dramatized, and I’m not her. But I also thought there was something very universal in her story that I think a lot of people watching, who had lost someone they love, could find comfort in. “

Much of Sevigny’s portrayal of Roy in the series was clearly written in the script. But the actor worked with the showrunners to ensure the retelling of Roy’s story hit different notes of grief that demonstrated all her complexities and emotions. “The anger at herself, the anger at others, the sadness, the questioning. We just wanted to make sure we looked at it from different perspectives. Even how she felt about Michelle, we did not want that to be just one note , “Sevigny shares.

“I think we all had a profound experience making this [series]. “

According to Sevigny, everybody involved in making “The Girl From Plainville” was considerate of the process in depicting the unique story. “I think that Elle and Colton both approached the material with a lot of respect and sensitivity. Same with the showrunners and every crew member,” she says. “Everybody knew this was a real story, everybody knew what had happened between these kids, and I think that we all had a profound experience making this [series]. ”

Though “The Girl From Plainville” incorporates some fictional elements, the overall message of the series still provides a solid takeaway for viewers to heed to. “It’s a cautionary tale,” Sevigny notes. “I think it’s also a reflection of ourselves. We could either find something we relate to or think about the way that we communicate with others more. I think it’s so easy to send off a text that’s very brief, and you’re not really thinking about how the person on the other side is going to interpret that. I think that we have to take more responsibility for the way that we communicate, because we’re all navigating these new means of communication. ”

Carter’s highly publicized case was a media firestorm, but “The Girl From Plainville” manages to layer more nuance into the heartbreaking story. And though there’s still no clear-cut explanation for Carter’s actions, in real life or the series, the show brings humanity to a tragic chain of events.

The first three episodes of “The Girl From Plainville” are now available to stream on Hulu.

If you or a loved one are experiencing suicidal ideation or are at risk, the National Suicide Prevention Lifeline has several resources and a 24/7 lifeline at 1-800-273-8255.