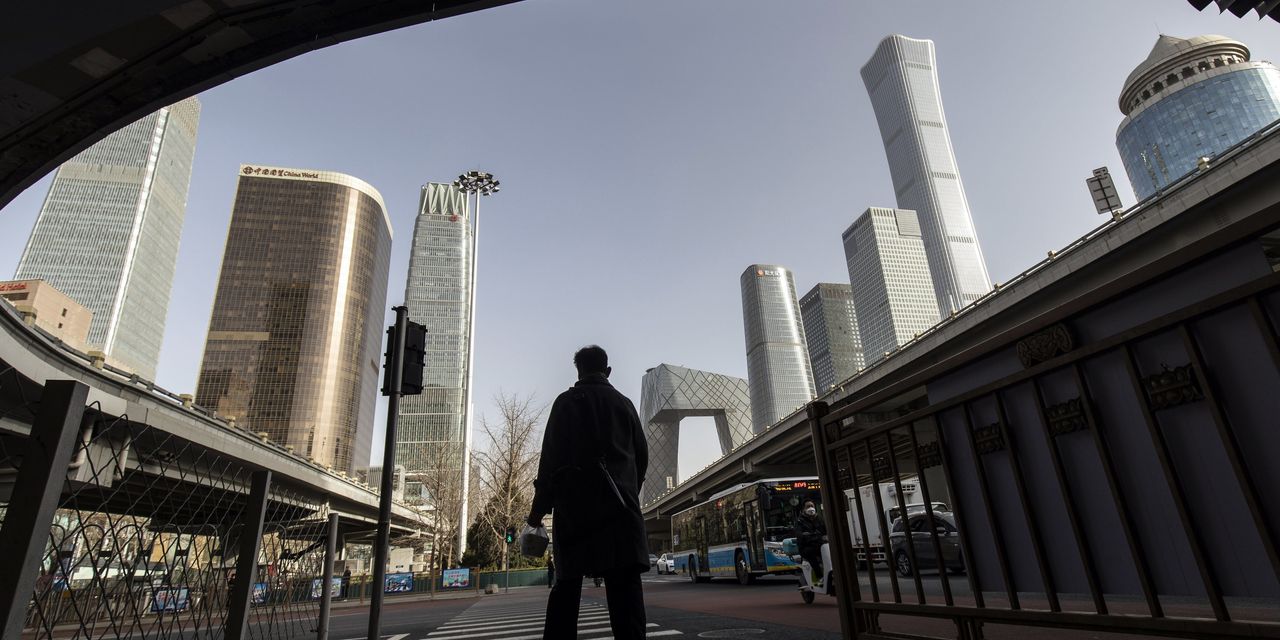 Foreign investors have unloaded $ 9.5 billion of mainland Chinese stocks this month, reflecting a reassessment of geopolitical risk following the financial isolation of Russia.

The outflow as of March 24, via a trading link with Hong Kong known as Stock Connect, is on pace to be the second-largest monthly drawdown since the program began in 2014. The biggest occurred in March 2020 when Covid-19 rattled global markets and offshore investors sold a net $ 10.6 billion of onshore stocks.

Foreign investors have poured huge sums into China in recent years. As onshore markets have ballooned in size, Beijing has made them easier to trade and these securities have joined influential indices run by providers such as MSCI Inc.

Analysts and investors say it is too early to call a turning point in that gradual embrace of China. But they say something could have changed amid the recent market turmoil, which was also fueled by US delisting concerns and China’s worsening Covid-19 outbreaks.

Foreign investors got a wake-up call when Russia invaded Ukraine, a war that many in finance did not expect to happen, said Robin Brooks, chief economist at the Institute of International Finance. The questions they are now asking about China are different from a few weeks ago, he said.

A pre-markets primer packed with news, trends and ideas. Plus, up-to-the-minute market data.

“Questions are being asked about why did we get Russia so wrong, and what else might we be getting wrong. I think that’s where China could potentially be coming in, ”said Mr. Brooks, who tracks international capital flows.

China’s ambiguous stance on the war is part of the problem, said Qi Wang, chief executive of MegaTrust Investment (HK), a Hong Kong-based fund manager that focuses on onshore stocks, or A shares. “There is much misunderstanding, confusion and speculation surrounding China’s position, which seems a big risk factor for global investors,” said Mr. Wang, a former head of China equity research at MSCI.

The exodus was at its worst on March 14 and 15, as Chinese shares onshore and offshore plunged. After Chinese policy makers stepped in on March 16 to reassure investors, there were two days of robust inflows, after which more moderate outflows resumed.

Jim McCafferty, the joint head of Asia-Pacific equity research at Nomura, said many money managers focused on emerging markets had been told by end-investors to exit Russia. He said some of those asset owners had also decided to exit China, given some political similarities between the two countries.

“Some global investors just want nothing to do with it,” he said. McCafferty said.

The selldown is modest compared to the overall scale of the Shanghai and Shenzhen markets, which are valued at roughly $ 13 trillion in total. Some international banks and asset managers have said some Chinese stocks have sold off more than is justified based on their financial prospects and these shares remain attractive despite the risks of short-term volatility.

Analysts at Goldman Sachs said they remained overweight on China, meaning they recommend investors have a greater proportion of their holdings invested in Chinese stocks than the benchmarks they track, and said the long-term demand for Chinese equities is intact. Citigroup argued in an online “Wealth Insights” post that cheaply valued Chinese stocks presented a tactical opportunity. Many investors have also pushed back on the idea that Chinese stocks, whether they are listed at home or abroad, are uninvestible.

Still, the pullback this month is rare. Foreign investors have been net buyers in roughly five of every six months since the Stock Connect program began and outflows in other months have rarely topped $ 3 billion, Wind data shows. The wave of buying continued during last year’s technology crackdown, which primarily targeted companies listed abroad.

Stock Connect data does not capture all foreign trading, since some buying and selling is done under another system known as the “qualified foreign institutional investor” program.

The outflows come as a long surge of money into Chinese bonds has abated. If foreign financial investment dries up or starts to trickle out of China, that would remove one plank of support for the yuan, which has been buoyed by capital inflows and the country’s surging exports.

Foreigners sold the equivalent of $ 5.6 billion of Chinese government bonds in yuan last month, a record monthly outflow. In January, the extra yield that Chinese sovereign debt offers over US Treasury bonds dropped below 1 percentage point for the first time in nearly three years, reducing its relative appeal to investors.

Do you consider Chinese stocks a geopolitical risk in the current climate? Why or why not? Join the conversation below.

Write to Rebecca Feng at rebecca.feng@wsj.com