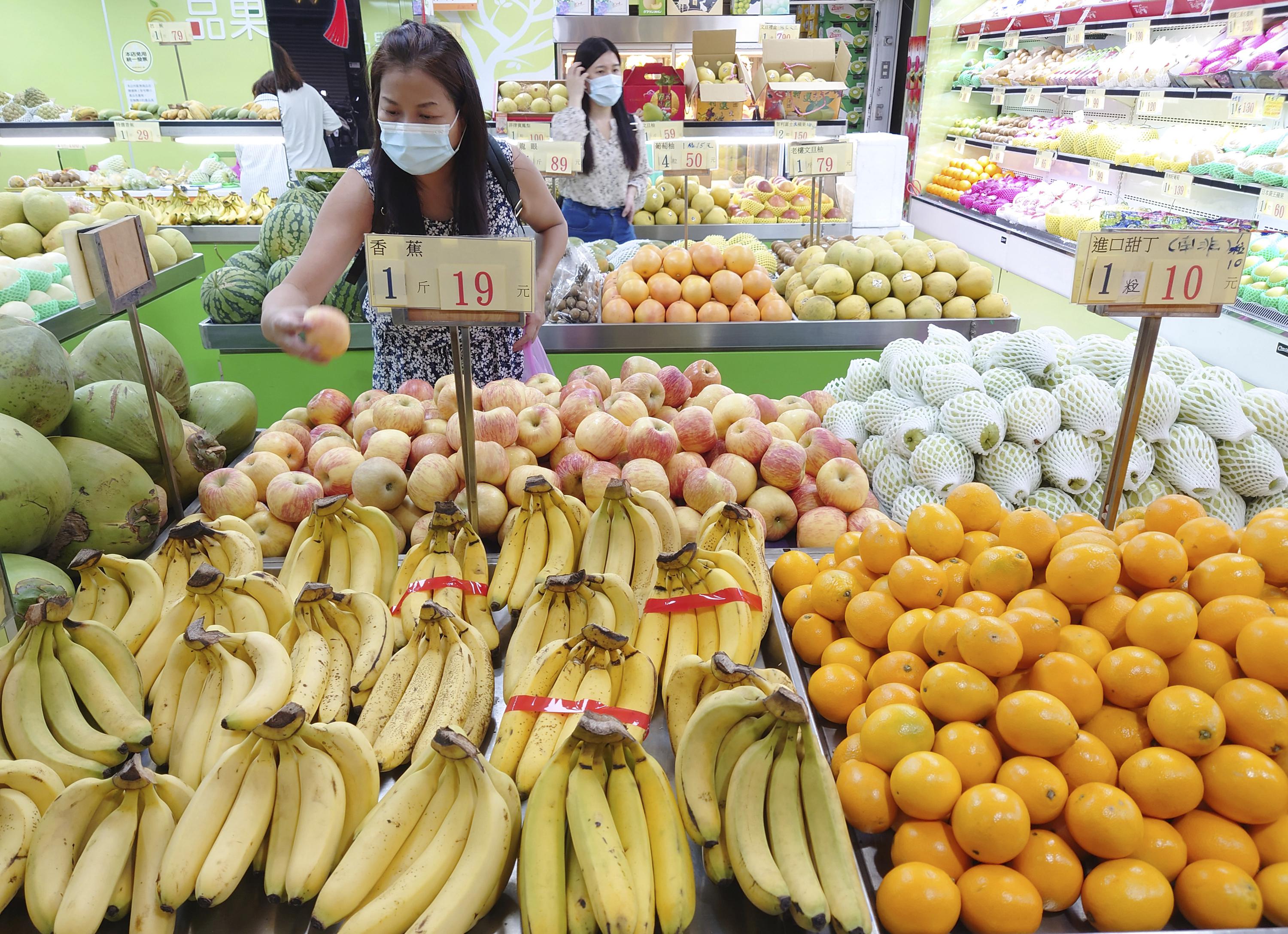 BEIJING (AP) — China blocked imports of citrus, fish and other foods from Taiwan in retaliation for a visit by a top American lawmaker, Nancy Pelosi, but has avoided disrupting one of the world’s most important technology and manufacturing relationships.

The two sides, which split in 1949 after a civil war, have no official relations but multibillion-dollar business ties, especially in the flow of Taiwanese-made processor chips needed by Chinese factories that assemble the world’s smartphones and other electronics.

They built that business while Beijing threatened for decades to enforce the ruling Communist Party’s claim to the island by attacking.

Two-way trade soared 26% last year to $328.3 billion. Taiwan, which produces half the world’s processor chips and has technology the mainland can’t match, said sales to Chinese factories rose 24.4% to $104.3 billion.

“The global economy cannot function without chips that are made in either Taiwan or China,” Carl B. Weinberg of High-Frequency Economics said in a report.

On Wednesday, Beijing blocked imports of citrus and frozen hairtail and mackerel from Taiwan after Pelosi, speaker of the House of Representatives, arrived on the island. China has not disrupted the flow of chips and other industrial components, a step that would send shock waves through the shaky global economy.

Also this week, China blocked imports of hundreds of other food items from Taiwan including cookies and seafood, although the timing was unclear. The customs website showed their import status was switched to “suspended.”

Fruit, fish and other foods are a small part of Taiwan’s exports to China, but the ban hurts areas that are seen as supporters of President Tsai Ing-wen.

Beijing has used import bans on bananas, wine, coal and other goods as leverage in disputes with Australia, the Philippines and other governments.

Beijing also announced four days of military exercises with artillery fire in waters around Taiwan. That might delay or disrupt shipping to and from the island, one of the biggest global traders.

The potential disruption adds to concerns over weakening global economic growth, but Asian stock markets rose Wednesday after there was no immediate sign of Chinese military action.

The administration of US President Joe Biden has tried to mollify Beijing, saying there is no change in Washington’s “one China policy.” That says the United States takes no position on the status of the two sides but wants their dispute settled peacefully.

Washington has no formal relations with Taiwan but maintains unofficial ties and is obliged by federal law to see that the island has the means to defend itself.

Meeting leaders in Taiwan, Pelosi said she and members of Congress traveling with her were showing they will not abandon their commitment to the island’s democracy.

“America’s determination to preserve democracy, here in Taiwan and around the world, remains ironclad,” Pelosi said in a short speech during a meeting with the president, Tsai. She left later in the day for South Korea.

“Facing deliberately heightened military threats, Taiwan will not back down,” Tsai said.

Taiwanese companies have invested nearly $200 billion in the mainland over the past three decades, according to the island’s government. Entrepreneurs, engineers and others have migrated to the mainland to work, some recruited by Chinese chipmakers and other companies that want to catch up with Taiwan.

A 2020 census found 158,000 Taiwanese living on the mainland, according to the police ministry.

Taiwan plays an outsized role in the chip industry for an island of 24.5 million people, accounting for more than half the global supply.

Its producers including Taiwan Semiconductor Manufacturing Corp. make the most advanced processors for smartphones, tablet computers, medical devices and other products.

Beijing has invested trillions of dollars in developing its own industry, which supplies low-end chips for autos and appliances but cannot support the latest smartphones, tablet computers, medical devices and other products.

Chips are China’s biggest import at more than $400 billion a year, ahead of crude oil.

That concentration has fueled concern in the United States and Europe about relying too heavily on supplies from East Asia. The US government is trying to expand America’s production capacity.

Overall, China is Taiwan’s biggest trading partner, taking more than twice as much of its exports as the United States, the island’s No. 2 foreign market.

Beijing has tried to use access to its markets to undermine Tsai and other Taiwanese leaders it accuses of pursuing independence.

The Communist Party has also used military action in the past to try to hurt Taiwanese leaders by disrupting the island’s economy.

The mainland tried to drive voters away from then-President Lee Teng-hui ahead of the island’s first direct presidential elections in 1996 by firing missiles into shipping lanes.

That forced shippers to cancel voyages and raised insurance costs but backfired by allowing Lee to brag about standing up to Beijing in front of cheering supporters. Lee won the four-way election with 54% of the vote.