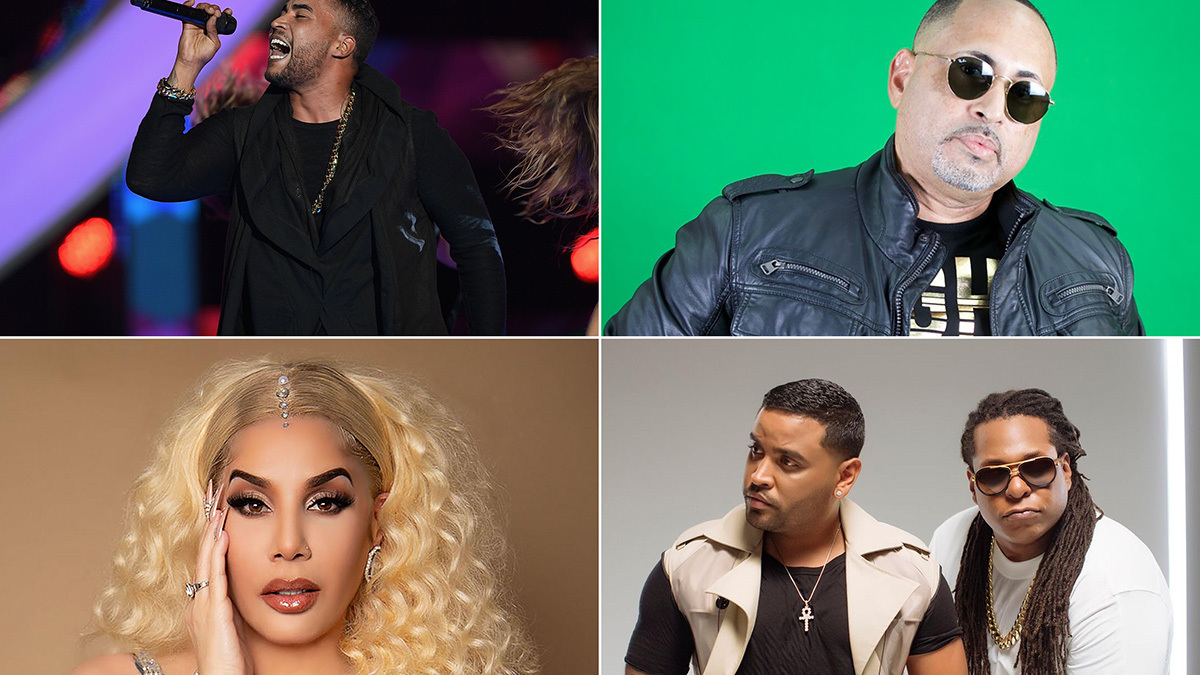 Reggaeton is an expression of movement, release, sexuality, storytelling, connection, and fashion. It’s taken over the world of pop music, despite the Puerto Rican government’s many attempts to erase it during the 1990s and 2000s. And Chicago now has a chance to experience this forbidden and infectious sound on an unprecedented scale: brought to you by Grass Root Events (which also produces the Michelada Fest and the My House Music Fest), Mas Flow bills itself as the midwest’s first reggaeton festival .

Summertime Chicago might be the only reason some of us put up with winter. Windows are down, air is flowing, booty shorts are everywhere, and the beaches are packed. It’s the perfect weather to turn up your speakers and vibe to reggaeton: heavy kicks, deep snares, catchy lyrics, and a swing that speaks to your body to create sultry movements. The vibrations of reggaeton throb out of so many cars in the city. Needless to say, Chicagoans are fans, and we’ve been fans since before Daddy Yankee’s “Gasolina” hit English-speaking radio stations back in 2004 and ’05. “We are here on the road!” We are here for the perreo!

Perreo is a mix of Afro-Caribbean dance moves that includes a twerk, a grind, and a whine (a gyrating body movement with another person). But you can also dance it by yourself: “Yo perreo sola,” I perreo alone. Perreo gives us the freedom to embrace our sexuality and sensuality through dance. It is liberation from social constructs about the body in a public space, especially for women and queer people.

In the mid-90s, authorities on the island cracked down on perreo parties and demonized the music’s fans. “If they heard you bumping reggaeton from your car, they’d break your tape and fine you $ 500,” Puerto Rican producer DJ Nelson told Rolling Stone in 2018. In the 2010s, the Cuban government banned some reggaeton from state-owned media and venues. As recently as 2020, a Colombian senator was trying to censor reggaeton lyrics if they’d been played in public spaces.

The story of reggaeton is culture. It’s a story of resistance, diaspora, and people who live in spaces deemed “hood” or “ghetto.” It’s become the voice that everyone hears. This narrative began more than 100 years ago with the immigration of Jamaican and other Afro-Caribbean people to work on the Panama Canal. The music of this population — reggae, calypso, soca — was translated into reggae en español and dancehall in Panama in the late 70s.

The resulting hybrid genres were political, and they spoke about daily life in the hood and discrimination against Black people. It was then that reggae and español became a sign of resistance. People played the music and reclaimed African hairstyles as political statements about Black pride.

The music made its way to New York via Panamanian artist El General in 1985. At the same time, hip-hop was happening, and Puerto Rican people were very much part of it. Puerto Ricans routinely traveled between New York and the island, and this migration allowed the music to fly its way to Puerto Rico, where it evolved into “underground” —which we now know as reggaeton. Without those moments of exchange and migration, we would not have reggaeton. In a way, reggaeton is an expression of a borderless world.

The Mas Flow festival showcases some of the most legendary and historic reggaeton artists, as well as many of the genre’s important newcomers. Afro-Puerto Rican artists Zion & Lennox headline Friday night. They’ll have you dancing passionately in love, whether you have a significant other or you’ve been single for years. They’re pioneers of romantic reggaeton — heart eyes everywhere.

Also performing on Friday is Mariah Angeliq, a Puerto Rican and Cuban reggaetonera from Miami whose songs empower us to feel like sexy women, regardless of our gender. That same day, the Puerto Rican twins in the duo Nina Sky will give us the throwbacks we want to hear, especially 2004’s “Oye Mi Canto,” an anthem that celebrates Latinidad in the best way — through sound and dance.

Saturday’s bill features a can’t-miss artist: DJ Playero, who was there from the beginning of reggaeton, back when it was called “underground.” He made mixtapes and recorded practically all the MCs in Puerto Rico, including a young Daddy Yankee. Saturday’s closing act is Afro-Puerto Rican singer, record producer, actor, and hit maker Don Omar. We’ll likely hear his new single, “Soy Yo,” and some of his classic hits.

She’s lower on Saturday’s bill, but I’m very excited for La Queen, La Diva, La Caballota: Ivy Queen! Like DJ Playero, Ivy Queen was present during the conception of what we experience now as reggaeton culture. She pushed the boundaries of reggaeton and gave a voice to us women who wanted to be sexy and dance. Her song “Yo Quiero Bailar” is all about women’s freedom to just dance and not be expected to go home with our dancing partners.

Apart from being an amazing musician, a fashion icon, and a TikTok star, Ivy Queen is also a cultural historian. In 2021 she hosted the Spotify podcast Loud: The History of Reggaetonlooking through the eyes of reggaetoneros to share the resilience and passion that drove the growth of the music.

On Sunday, the fest’s final day, the bookings include two notorious artists: Baby Ranks and Tego Calderón. Baby Ranks, an Afro-Puerto Rican and -Dominican artist, stars on a 2005 compilation album called More Flow 2 put together by producers Luny Tunes — he appears on several songs, including the celebration of older women “Mayor Que Yo.” Tego Calderón, a proud Black Boriqua, closes out Sunday. He exudes sauce, with so much flow and so much finesse. Expect to be hypnotized by his voice, his Blackness, and his conscious lyrics that speak on the Black experience and anti-capitalism.

Mas Flow not only brings us these great artists (and all the others I haven’t mentioned), it also hosts a plethora of DJs and producers. Cachorra from Mexico brings neoperreo; Dos Flakos, a Dominican duo from the Bronx, bring Latin-infused dance music. Also on the lineup are some of Chicago’s hottest DJs, including Gage Park reggaeton DJ Karen Valencia, aka Karennoid from Milwaukee-based DJ collective Agua de Rosas.

“This festival is enriching the already diverse festivals we have in Chicago,” says Karennoid. Festivals like this drive the music forward, celebrating the love we have for reggaeton in the midwest. This is not just a genre — it is a culture, language, fashion. We’re celebrating the genre’s many evolutions and imaginings. There are so many people imagining reggaeton in their own way. ”

Do not miss the magic at Mas Flow. Let the music take over your body, and dance your worries — and the weekend — away.