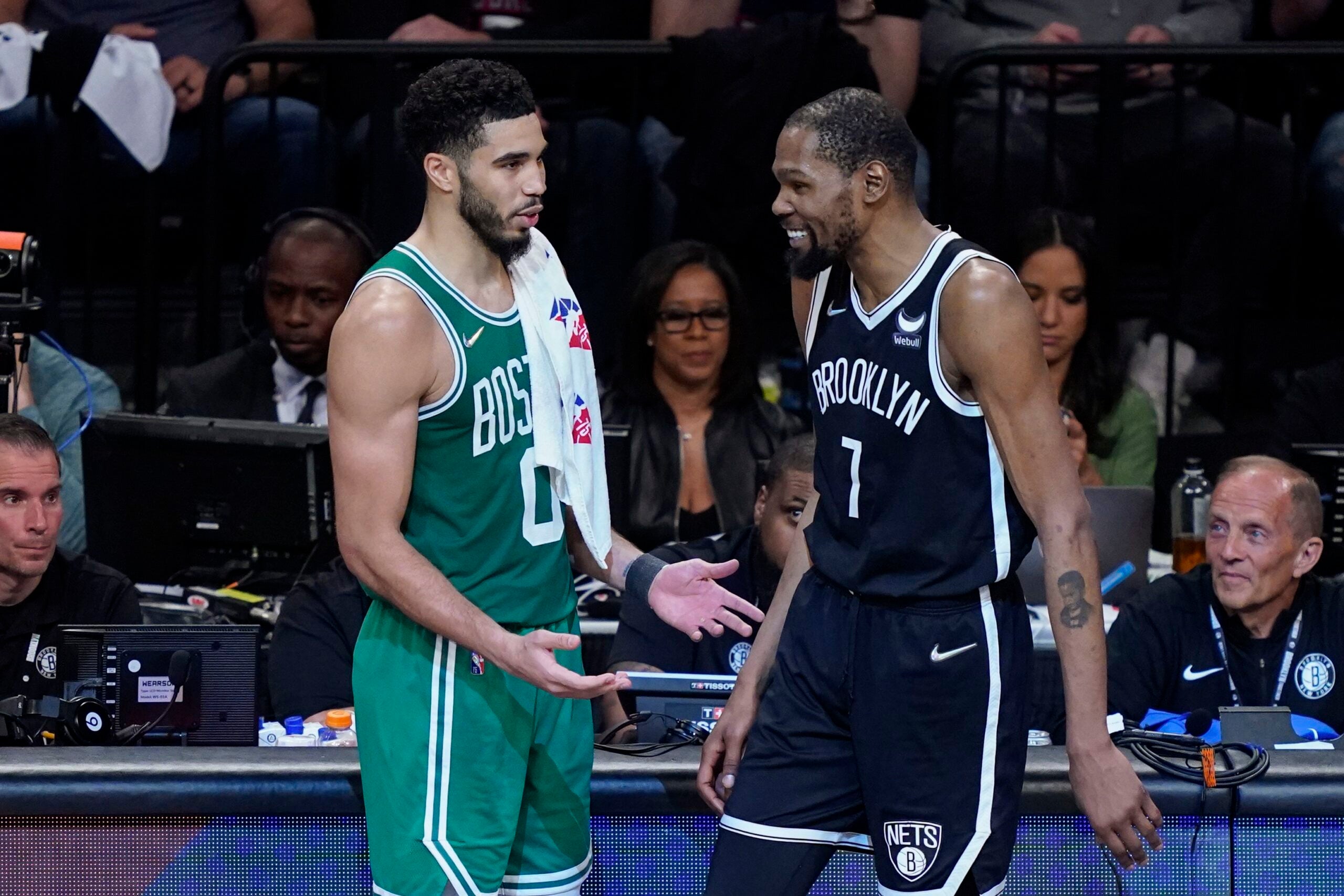 Fresh off an NBA Finals appearance, the Celtics could find themselves lighting some fireworks this offseason.

Several NBA stars could be on the move. Pending free agent Bradley Beal has been linked to the Celtics for a while now, and Boston is among the betting favorites to land him.

But there could be even bigger names than Beal available. As the Nets and Kyrie Irving have reportedly struggled to reach an agreement on a new contract, Kevin Durant is considering options with his future, The Athletic’s Shams Charania reported Thursday.

If Irving does leave Brooklyn, which could cause Durant to want to leave, too, Brian Scalabrine believes one team clearly has the best to offer in a potential trade.

“If there’s traction and Kevin Durant goes to management, there is no better team out there than the Boston Celtics if you’re the Brooklyn Nets to make this move,” Brian Scalabrine said on NBC Sports Boston.

Scalabrine, who is the Celtics’ color commentator for games on NBC Sports Boston, believes that Jaylen Brown is better than anyone or anything else another team could offer in a trade for Durant. And yes, he would trade Brown for Durant.

Scalabrine’s NBC Sports colleague Chris Forsberg does not deny that adding Durant could lift the Celtics over the top. The Nets star forward is one of the greatest scorers in NBA history and is still playing at a high level, scoring 29.9 points per game this past season.

But Forsberg also realizes that there is still some risk in trading for Durant.

“I think the hard part for me is, as good as Kevin Durant is, he’ll be 34 years old when the next season tips off,” Forsberg said on NBC Sports Boston. “He has missed time in the last two seasons due to injury, so there’s always a little bit of hesitation. Do you trade your 25-year-old for the 34-year-old version?

“Now, it’s undeniable that Kevin Durant is in a different stratosphere than Jaylen Brown and you absolutely have to consider that. My fear is, it’s not just Jaylen Brown. Kevin Durant makes $ 44 million next year. In order to get to that number, you need to take Jaylen Brown’s $ 28 million and add another $ 10 million and probably more parts from there.

“So, you’re talking about… asking for a Robert Williams. Are the Nets asking for multiple first-round picks or pick swaps? They’re in a position with the contract that Kevin Durant has right now to ask for the biggest ransom in NBA history. I think people, on the surface, it’s easy to say ‘Yeah, just trade Jaylen Brown and make that happen.’ It’s not that easy. They’re not going to want Daniel Theis. They’re not going to want Grant Williams. The Nets are going to take on Jaylen Brown, they’re going to want to get the next package of getting back to respectability. It’s going to be a lot more painful than just losing Jaylen Brown – which on its own is painful. ”

Even though Durant’s closer to the end of his career than the beginning of it, his high-level play and the fact that he has four years left on his contract leave ESPN insider Bobby Marks to believe that a trade package for him “would be the largest in league history.”

If Durant does hit the trade market and with Marks’ insight in mind, Forsberg believes the Celtics would have to ask themselves several tough questions on a potential pursuit of Durant, who was considered coming to Boston as a free agent in 2016.

“I wonder if there would be hesitation on Boston’s end,” Forsberg said. Of course, these are the tough decisions you have to talk about. You have to have these conversations. I think back to when James Harden came on the market, Danny Ainge huddled with his staff and asked ‘Is Jaylen Brown the sort of player we want to move for James Harden and the headaches that potentially come with it.’ At that point, they backed off. Kevin Durant is a different beast. We all know how good he is. The potential of Jayson Tatum and Kevin Durant is great, I just do not know if we’ll get there. ”

Of course, Durant reportedly has not made any requests yet as Irving is still officially with the Nets. But the All-Star point guard is weighing his options, with the Lakers, Knicks, Clippers, Heat, 76ers, and Mavericks on his wishlist of teams to go to if he can not agree on a new contract with the Nets, according to ESPN’s Adrian Wojnarowski.

Get breaking news and analysis delivered to your inbox during basketball season.