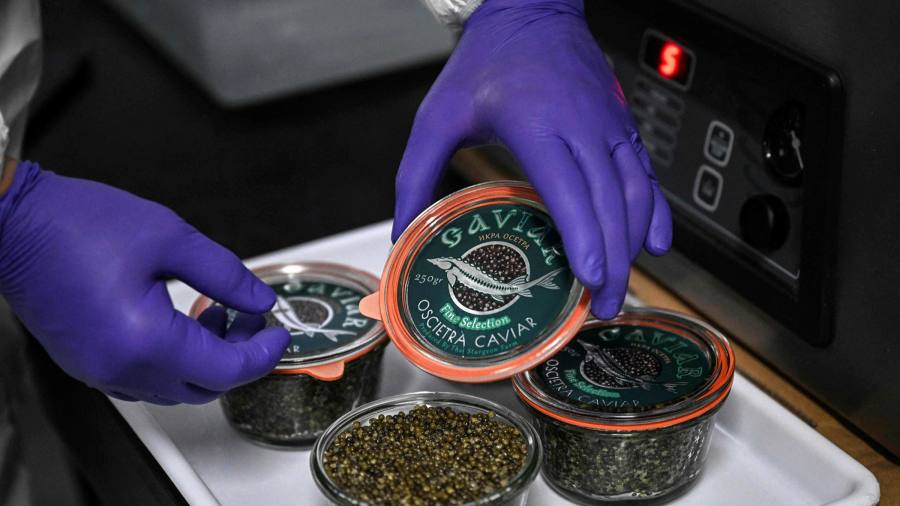 “Mm. . . Royal Beluga – North of the Caspian ”declared James Bond as he sampled caviar in the 1969 film On Her Majesty’s Secret Service. Back then, the Soviet Union – with Iran – dominated the supply of the salty sturgeon eggs. No longer. The EU banned caviar imports from Russia this month. The embargo has little more than symbolic value. In 2020 Russia exported just one tonne of caviar.

Poaching and pollution destroyed the Caspian’s sturgeon stocks following the collapse of the Soviet Union in the early 1990s. In response, the United Nations imposed strict controls. Fish farming filled the gap. In 2018, aquaculture produced over 115,000 tonnes of sturgeon. That was more than 500 times the wild catch, according to the European Market Observatory for fisheries and aquaculture products.

China dominates aquaculture production. Much of its farmed sturgeon is produced exclusively for the flesh. Even so, China accounts for a third of global caviar supplies. It is a big exporter, shipping 140 tonnes of caviar in 2019. That is just over twice the EU exports though it too has increased production particularly in Italy, France, Poland, and Germany.

Prices fell after China ramped up caviar production. By 2017 the average price of EU imports from China was € 200 / kg, half that of three years earlier. Even so, farming the most prized caviars is time-consuming and expensive. It takes about 16 years for beluga sturgeon to reach maturity. A few spoonfuls of beluga 000 – the zeros representing the top grade for egg size, color and flavor – can cost hundreds of pounds.

Lab-made caviar might change the economics. Caviar Biotec, a UK company run by a sturgeon farmer and a University College London biochemical engineer, is cultivating eggs from cells. Given the concerns of animal rights activists over farming techniques, the company hopes its product will score well for social acceptability as well as price.

But do not expect prices to plummet for the most sought after eggs like Royal Beluga. Producers know caviar is a status symbol. Its high price is part of its allure.

The Lex team is interested in hearing more from readers. Please tell us whether you think caviar is worth the money in the comments section below.