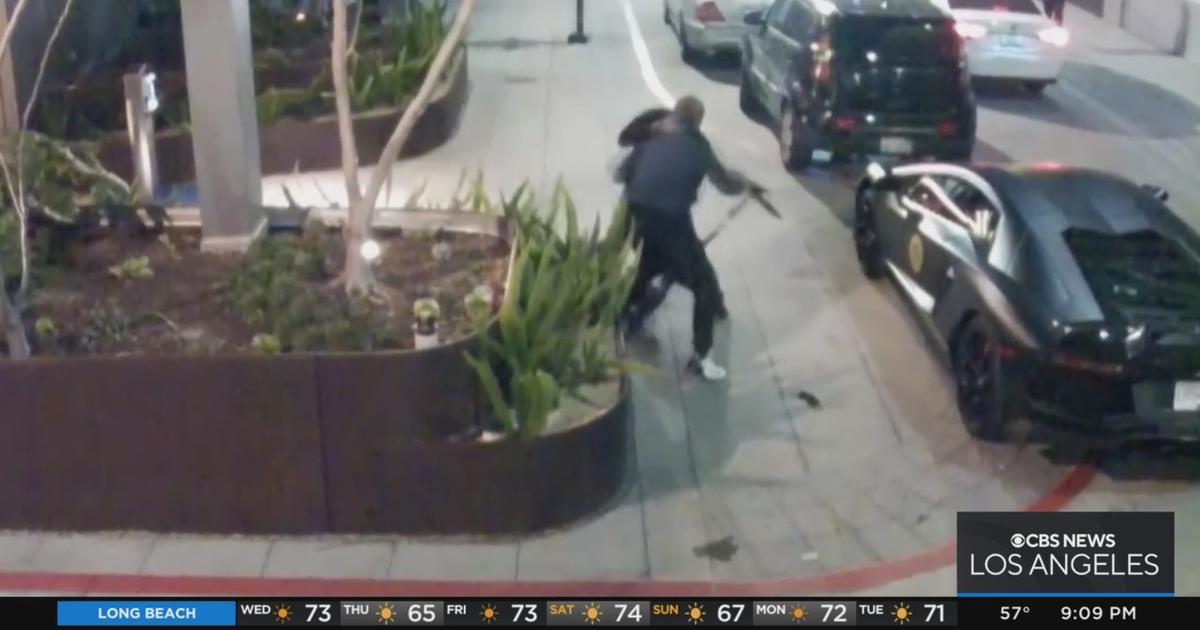 DOWNTOWN LOS ANGELES (CBSLA) – On Sunday, a man driving a Lamborghini to his apartment building in downtown LA was the victim of an attempted follow-up home robbery.

After dining at an upscale restaurant in the Hollywood area, the man gave a friend a ride to his residence before proceeding to his apartment building at 1120 S. Grand Ave, according to a press release by the Los Angeles Police Department.

The victim told police that while he was driving home, he observed a four-door sedan, possibly a Volkswagen, following him.

When he parked his vehicle at the rear entrance of his apartment building, very near the doors, video captured an additional vehicle pulled up, possibly a four-door Nissan, according to the release. Both of the alleged follow-vehicle stopped in the alley, not far from where the victim parked.

When the victim exited the Lamborghini, a suspect from each car got out and approached him. Police said additional suspects waited in the two follow-cars.

Security footage shows the two suspects approaching the victim. One suspect brandished a handgun and demanded the victim’s watch.

A physical altercation ensued between the man and the two suspects, and he was pistol-whipped, police said.

Both suspects ran back to the respective vehicles and fled the scene. It is unclear if they made off with any of the victim’s belongings.

LAPD’s Robbery-Homicide Division’s Follow Home Task Force is investigating this case and urged anyone with information regarding the incident to contact Detective Umanzor and Detective Brown at 213-486-6840. Anonymous tips can be made through Crime Stoppers at 800-222-TIPS (8477) or by email at RHDtipline@lapd.online.