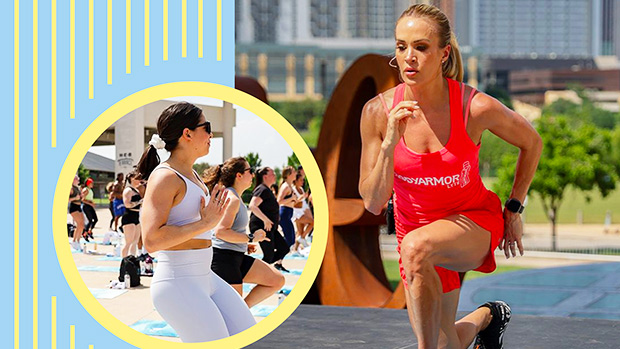 Before starting the workout, Carrie began with a five-minute warmup that included “high knees, good mornings, and squats.” Once the warm-up is finished, Carrie does a 30-minute bodyweight workout followed by a 10-minute “finisher.”

Even though Carrie is in amazing shape, she admitted she still gets sore, saying, “If we work hamstrings especially, I feel like that’s the one I notice the most if we do too much.” She even said that being sore “makes her entire night miserable.”

Eve revealed that just because you sore does not mean it’s a good thing. “Being sore after a workout does not necessarily indicate a good workout,” she said. Sometimes it means that you went too hard during your workout and that you should pace yourself. Eve said, “Small steps. Small steps to get to your goal. ”