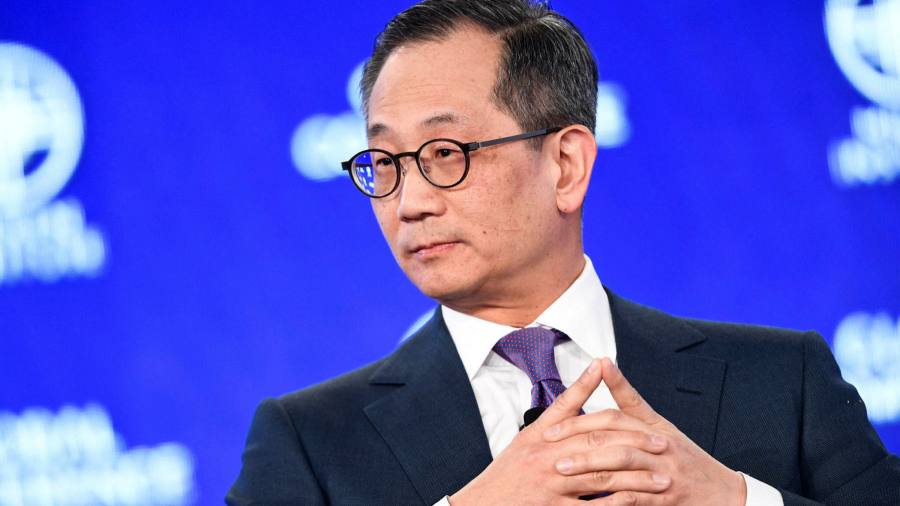 The Carlyle Group notably got its name from a New York hotel the founders were fond of. Like hotels, private equity groups have checkout times. Late Sunday night, Carlyle announced that its chief executive, Kewsong Lee, would leave his post immediately. His employment contract ran through to the end of 2022. He and the board could not agree to an extension.

Lee has worked to remake the group. Carlyle was among the US buyout pioneers which listed their shares about a decade ago. It has sometimes been seen as a laggard, too tied to its leveraged buyout roots. But its assets under management of $376mn are almost double the figure at the end of 2017.

More importantly, Carlyle has pushed into credit investing, including the kind that supports insurers. It has less dependence on volatile if lucrative carried interest and better support from recurring management fees. Public market investors prefer this — and the abolition of supervoting shares.

The suddenness of Lee’s departure is emphasized by co-founder Bill Conway, in his early seventies, taking the helm on an interim basis. Carlyle’s board, for all the forward thinking, still has four members who can trace their association with the business back several decades. Lee only joined nine years ago. His exit smacks of the old guard retaking control.

In the past five years, Carlyle shares have risen a healthy 68 per cent. However, that sharply trails the likes of Blackstone, KKR, Apollo and Ares. Private capital businesses have increasingly usurped banks as intermediaries. They have also replaced public markets as a place where institutional investors get disproportionate returns.

The leveraged buyout stars of an earlier era face a future away from pure private equity. Corporate lending and real estate matter too. In the last quarter, Carlyle’s credit division had slightly more assets than the buyout area.

This makes the decision confronting the board even harder. Choosing between an insider or outsider as the new chief would send a message about modernity, or the lack of it, at Carlyle.

Lex recommends the FT’s Due Diligence newsletter, a curated briefing on the world of mergers and acquisitions. Click here to sign up