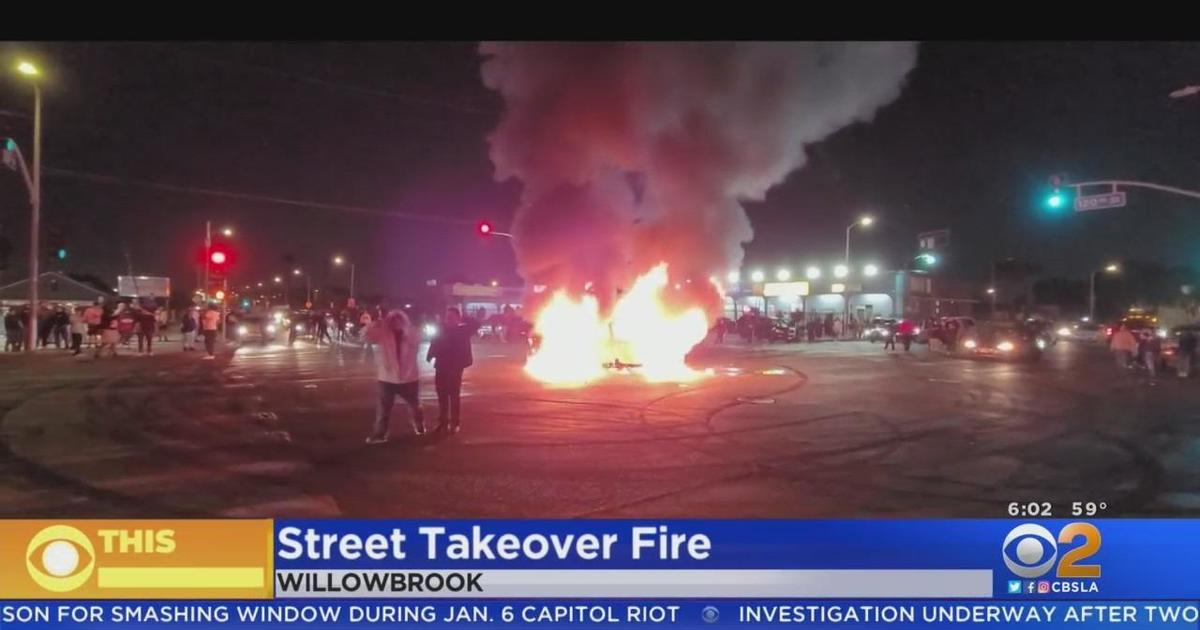 A street takeover in Willowbrook ended in flames and arrests.

Just after 1 am Saturday, about 400 people crowded the intersection of 120th Street and South Central Avenue. That’s where a car was doing donuts and caught fire, exploding into a fireball.

When firefighters responded to extinguish the flames, the large crowd gathered around them and started cheering.

Arrests were made, though it remains unclear how many individuals were apprehended.