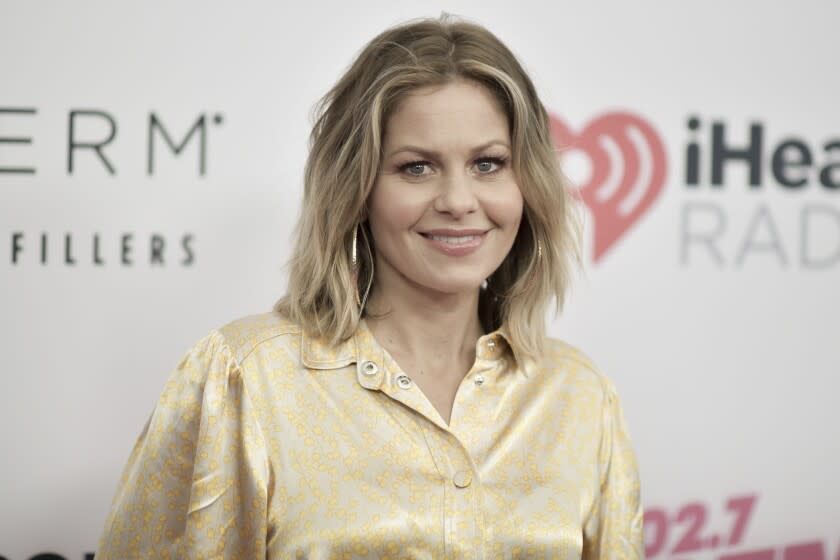 “Full House” actor Candace Cameron Bure didn’t have to respond to Jojo Siwa calling her the “rudest celebrity” she’s met. Instead, she appeared to let the Bible do the talking for her.

On Monday, the actor posted a Bible verse, Isiah 26:4, after Siwa seemed to throw some shade at Bure in a TikTok posted a day earlier.

“Trust the lord always,” Bure posted on her Instagram story.

In her TikTok video, Siwa quickly flashed pictures of different celebrities under captions describing her interactions with them. The first was Bure, whom she dubbed the “rudest celebrity I’ve met.”

Siwa didn’t go into depth about why she called Bure the “rudest celebrity,” but the two have previously crossed paths.

Both former contestants of ABC’s “Dancing with the Stars,” Siwa and Bure were also guests on “The Kelly Clarkson Show” in December 2019. Bure came bearing gifts for everyone including Siwa, who received cookie cutters and some recipes.

Some social media users said Siwa’s feelings are “not surprising.”

“And this child worked with Abby Lee Miller,” said @S0ND0N, referring to Siwa’s experience on “Dance Moms.” “So that’s saying a lot.”