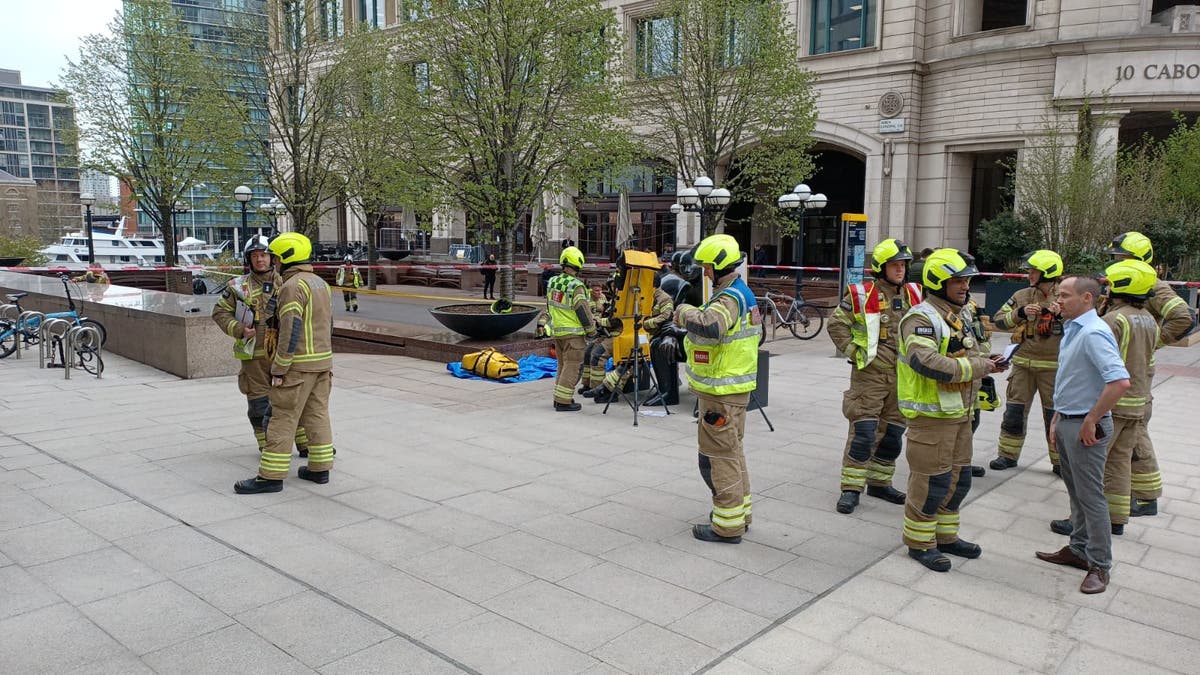 Hundreds of people have been evacuated from the Canary Wharf area following a “chemical incident” at a health club.

London Fire Brigade (LFB) Service said crew were called to reports of a smell of chemicals at an address in Cabot Square.

A mix of as yet unknown chemicals caused high levels of fumes and vapor in the building, the service said.

One man has been treated on the scene by London Ambulance Service crews, it added.

Pictures from the scene showed at least four fire engines dealing with the incident. A “hazard zone do not cross” cordon has been put in place as firefighters carry out checks.

Dave Hill, station commander who is at the scene, said: “Crews have carried out a sweep of the building and found elevated readings.

Firefighters have ventilated the building and are monitoring the levels of fumes.

“We have evacuated around 900 people from the building as a precaution.”

The Brigade was called at 09.08am and the incident is ongoing.

Due to a chemical reaction, a high quantity of chlorine gas was released, LFB said at the time.

A number of patients were treated at the scene. Around 200 people were evacuated from the center.

“Once low levels were reported on our detection equipment we handed the center back to the building owners,” LFB said.