Can the Rugby World Cup get even better? 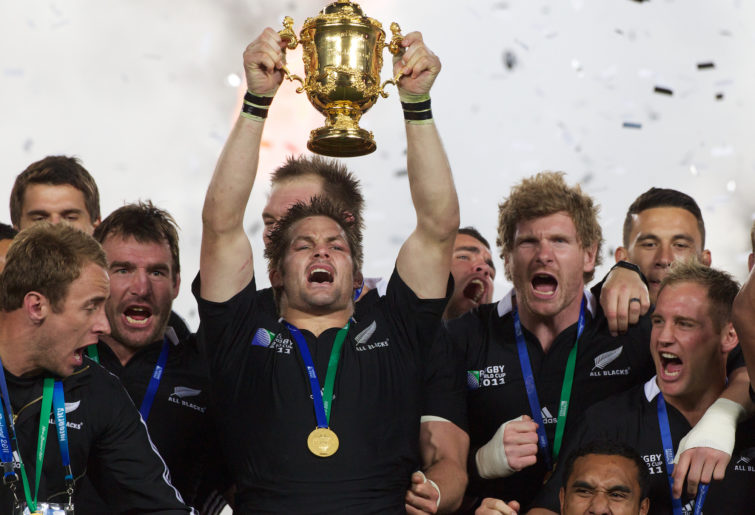 RWC 2023 looks like it will be a great tournament. The tournament host, France, is one of the favourites. The number of teams which have a real chance to win is the greatest ever and the gap between the best and the rest continues to narrow.

But now that each team gets at least a five-day turnaround between pool matches, the pool stage will take a week longer to complete – about a month. Also, there will be a glut of matches in one part of the week and nothing happening in the other part of the week.

A potential solution to this is to play mid-week matches. But obviously that wouldn’t follow the desire of World Rugby to make rugby safer for the players.

One way to allow mid-week matches to be played, and to give the players a proper rest, would be to increase the squad size.

The squad size has already been increased from 31 to 33 players for RWC 2023. If the squad size was increased to, say 50 players, then mid-week matches could be played while allowing players an adequate rest between matches.

It would allow teams to play two matches per week. The draw could be configured so there would be matches on each day. It could even increase the rest time between matches as players wouldn’t need to play two matches in a row. Also, players could still be flown in to cover injuries. The squad would be trimmed at the end of the pool stage.

The pool stage would be more interesting as there would be matches on each day. It would make the pool stage more like a two-week long festival of rugby. Rather than fluctuating between feast and famine for a month.

It would make watching the World Cup more interesting as there would be no days without play. It would also make attending the World Cup (or taking leave to watch every match on tv) more viable, as it would reduce the time away from work and accommodation costs.

It would be better for advertisers as there would be matches played each day. There would be new footage to report, not just replays, video of teams training, and coaches blathering. It would also concentrate the period which the viewers are exposed to the advertising.

After a while viewers become numb/annoyed by repetitive advertisements. This is not helpful for advertisers as the highest value matches are at the end of the tournament.

Another benefit of this approach is that it would provide top level exposure for more players. Also, with the matches more spread out, matches that might’ve been overlooked in the current pool format would be more likely to get more viewership.

Players, from smaller nations, could end up getting contracts in more lucrative markets; eventually bringing that experience back home. It could show sponsors that some of the weaker nations have a general level of talent which would make investment in their local competitions viable.

It would also make the pool stage more interesting for stronger nations. As the pool stage would function as a de facto trial before the squads were trimmed for the knockout stage. This intra-squad competition would bring out the best in the players and make the pool matches more compelling viewing.

The most seemingly obviously downside is the increased accommodation bill, bigger squads mean more rooms and probably more support staff. But this would be offset by saving two weeks due to the shorter duration of the pool stage.

There would have to be some sort of restriction of players playing matches back-to-back (unless there was some sort of ridiculous injury crisis). World Rugby would want to avoid a situation where 23 players of one squad played all four pool matches. As many of the weaker nations would want their best 23 on the pitch to try to get bonus points (or an unlikely win against the stronger teams).

Apart from reducing the length of the tournament. Saving two weeks opens the possibility to add more, high value, matches.

RWC 2023 will have the most competitive pools matches of any tournament yet; hopefully RWC 2027 will be even more competitive. This means some quality teams will miss out on the knockout stage. This could be avoided by adding an earlier round of knockout matches before the quarter finals.

The top four from each pool would go into the first knockout stage. This would be a real benefit for weaker nations which are less likely to make the quarter finals. The additional knockout matches would allow for more grudge matches to occur e.g. Samoa vs Tonga.

Though there is the argument that having four of the five teams, per pool, advance to the knockout stage could invalidate pool play to a degree – making it a seeding tournament.

No doubt RWC 2023 will be an awesome spectacle. I’m sure it will bring a high level of play and some surprises. I’m sure RWC 2027 will be awesome too, even if it keeps the current format. But it would be even better if the pool stage was sped up, and if there was another round of knockout matches.

Charlotte Newfeld, a veteran North Side activist, dies at 91