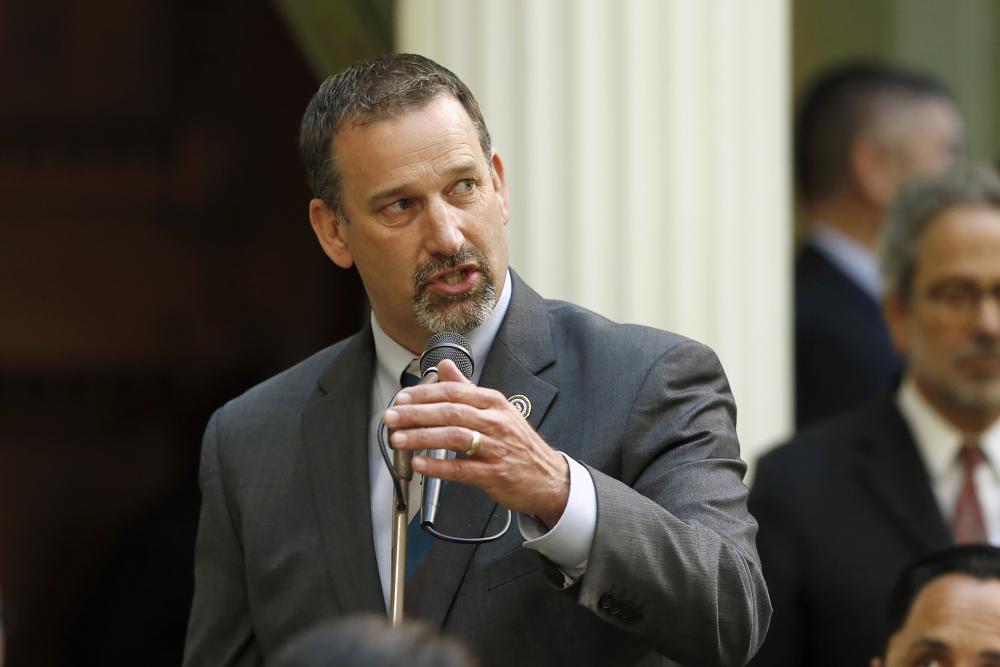 Late. Brian Dahle, who represents a sprawling district that runs from Sacramento County to the Oregon border, faulted Newsom for an unchecked homelessness crisis, rising crime rates, hefty taxes and a decaying quality of life. But he also acknowledged the odds against him in the heavily Democratic state, calling it a “David versus Goliath” confrontation.

Man arrested for attacking 49ers of acted in self-defense: attorney

And in another nod to the challenges of running an underdog campaign against a nationally known incumbent, he pleaded with supporters to contribute as little as $ 1 a day to his effort.

“If you get four more years of this dictator, it will cost you a lot more,” he said, alluding to the governor. “It’s time for change.”

Dahle’s entry into the race underscores the anemic condition of the state’s long-suffering Republican Party, which accounts for just 24% of California voters to Democrats’ 46%. With Newsom fresh off his victory in the recall in September and sitting on a multimillion-dollar campaign account, Republicans have so far been unable to attract a prominent candidate to challenge him – and appear unlikely to do so.

With the party ranks depleted, Republicans failed to land candidates in the November runoffs in the last two U.S. Senate races in the state, which featured only two Democrats on the fall ballot.

Even so, Republicans are hoping that voter unrest over spreading homelessness, a spate of smash-and-grab thefts at luxury stores and high rent and housing costs could create a backlash against Democratic candidates this year.

In Sacramento, “We have seen one-party rule with the minority completely shut out,” Dahle said. “One-party rule leads to what it always leads to, corruption and government dysfunction.”

The campaign poses little risk to Dahle, who represents a largely rural, conservative northeast corner of the state, far from the liberal power centers of Los Angeles and the San Francisco Bay Area. He’s not on the ballot in this year’s elections, and he can not run for reelection in 2024 because of term limits.

But his candidacy gives Republicans a chance to have someone at the top of the ticket against Newsom, in a year when Republicans are hoping to retake control of Congress and have a string of competitive House races in the state.

Dahle, a farmer, was on the Lassen County Board of Supervisors for 16 years before being elected to the state Assembly in 2012. He was elected to the state Senate in 2019. Megan Dahle replaced her husband in the Assembly. The couple lives in Bieber, where they have two sons and a daughter.