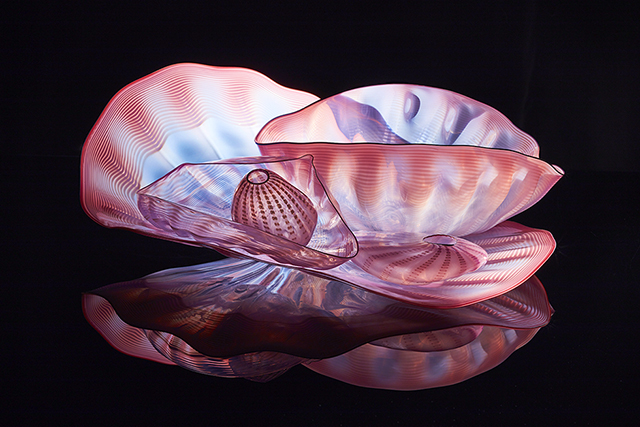 If you need more Dale Chihuly in your life, never fear. A new museum, called the Cafesjian Art Trust (CAT), opening in Shoreview this fall will satisfy your glass art desires.

The glass sculptor, whose “Sunburst” (1999) sculpture hangs prominently at the Minneapolis Institute of Art, is one of the artists that will be on permanent view at the museum. Chihuly was a friend of Gerard Cafesjian, an Armenian businessman and philanthropist who was passionate about art, and collected numerous works by the artist as well as other prominent glass artists nationally and internationally.

Born in Brooklyn in 1925 to Armenian immigrant parents, Cafesjian worked for West Publishing, a job that brought him to Minnesota. During his life, he helped create the Cafesjian Family Foundation, as well as the Cafesjian Center for the Arts in Yerevan, Armenia. He also advocated for an Armenian Genocide Museum and Memorial in Washington, DC, which has stalled because of legal issues. In Minnesota, Cafesjian supported the restoration of the carousel for Como Park.

Cafesjian lived with his family in Roseville, and then Shoreview, according to his daughter, Kathie Cafesjian Baradaran. She’s the trustee of the Cafesjian Art Trust, which will operate the new center and its 3,000 works of art from the United States and Europe, including glass studio art, seascape paintings and other areas of interest for the collector.

Cafesjian Baradaran remembers how her father was moved by art and the emotions it inspired.

“What excited him besides color and form were sometimes whimsical ideas,” she says. “Glass was important to him because it was color and light, or just light in the ones that are less colorful.”

Cafesjian Baradaran grew up with the art that will now be on view at the museum. “Every once in a while, the light would get in a certain way, and it would look like it was coming to life,” she says. “There was so much going on that sometimes you just didn’t grasp at all and you would have to come upon it by accident almost.”

Andy Schlauch, the executive director of the CAT museum, took on the role after previously serving as executive director of the Chihuly Collection in St. Petersburg, Florida. He notes that Cafesjian would take interest in one artist and buy numerous pieces from them. Beside Dale Chihuly, artists Cafesjian collected included 19th-century seascape painter Edward Moran, as well as contemporary artists like abstract painters Sam Gilliam, Sam Francis and conceptual new-expressionist artist Jennifer Bartlett.

“It’s really a diverse collection, a large chunk of it is dedicated to studio glass, but there’s a lot of different other works in the holdings, too, that we’ll be showcasing,” Schlauch says.

The museum, with a renovation design by Mohagan Hansen, is located next door to Churchill Street, a restaurant that has been getting buzz since in opened in 2021. It also is not too far from the city’s community center, where the local farmer’s market is located. “It’s a great little spot to be in,” says Schlauch.

Outdoors, there will be an outdoor gathering space with native plants. “There’ll be like what I call the outdoor living room,” says Kathie Cafesjian Baradaran. “It should be a nice spillover space when we have events and things like that. Somewhere to come and sip Prosecco.”

The outdoor area will feature “Sitting Figures,” 1980 by Lynn Chadwick and a kinetic piece called “The Glassinator,” (2011) that moves with the wind, by Andrew Carson.

Indoors, with 5,000 feet of exhibition space, will include permanent installations by Chihuly —“Cafesjian Chandelier” (1998) as well as Chihuly’s “Pergola Ceiling” (1999), which will have its own exhibition room. Schlauch describes the pergola as being like the one at the Bellagio Hotel in Las Vegas, with the difference being that the CAT pergola is encased in a box above the viewer’s head. “It will have clear panes of glass with Chihuly glass on top of it, and then it will be lit from behind so that the colors will cascade down the walls and onto the floor,” Schlauch says. Benches will be set up for people to sit and experience the work.

The museum will also have an egg-shaped library for researchers interested in the artists the museum has in its collection, which will also feature exhibitions, including two dimensional art.

The first exhibit, opening some time in the fall, will showcase work in CAT’s collection. “We’re centering it on the friendship that was built between Gerry and Dale,” Schlauch says. “We have records going back for years, including the first earliest note I have of Gerry, sending a note to Chihuly saying, ‘it was so nice to meet you.’ And it was from 1985.” The exhibition will explore the friendship between the artist and the collector, including examples of Chihuly’s faxes, which he famously preferred over email or other correspondence.

“It’s interesting — some of the pieces that he collected from Dale at the time in the ’90s were just brand-new,” Schlauch says. “Gerry was really on the ground floor for major changes in Chihuly’s work, and I think it’s reflected in how he collected. He really was energized by that.”