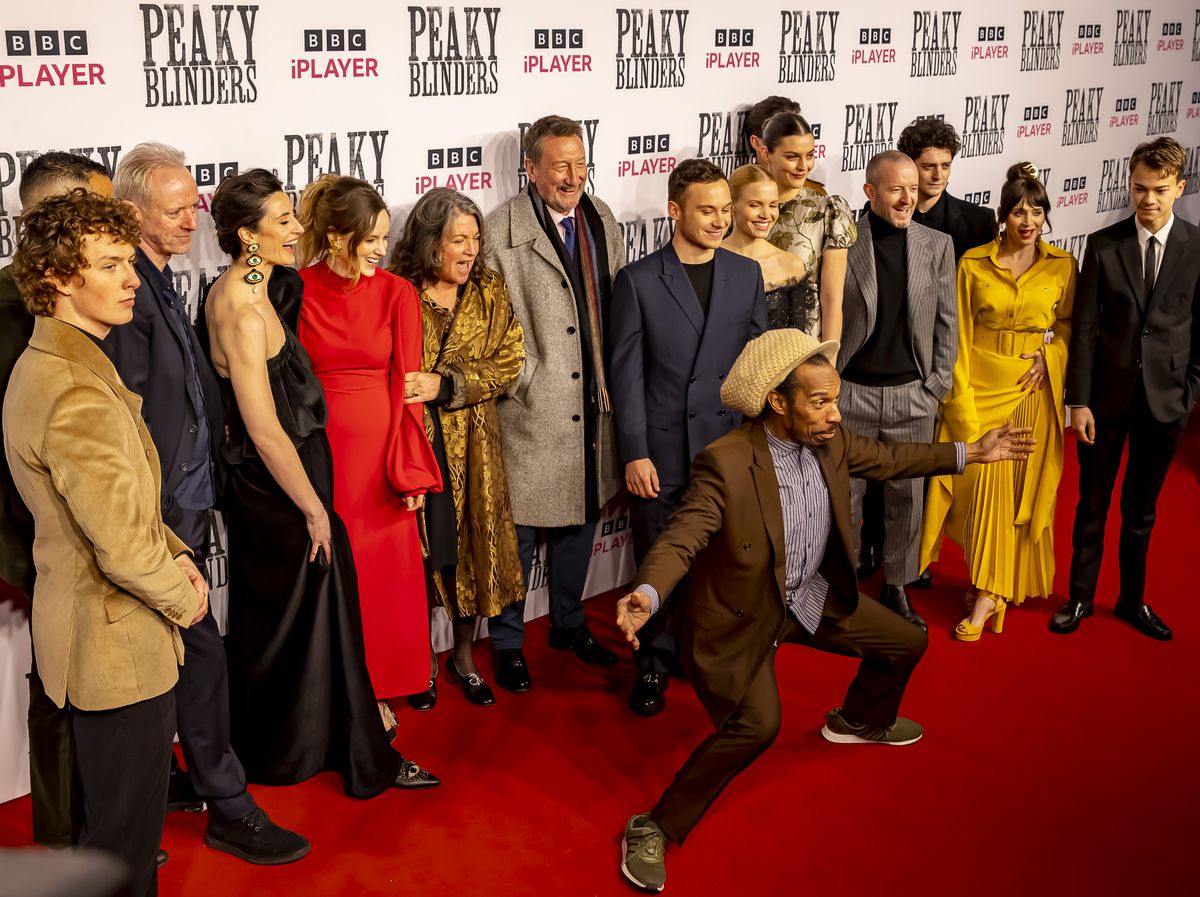 Hundreds of fans braved the cold in 1920s attire to cheer on stars of the show at Cineworld, Broad Street.

Despite leading men Cillian Murphy, Stephen Graham and Tom Hardy not being in attendance, the red carpet event on Thursday night was still the must-have ticket of the year.

Creator of the show Steven Knight led the cast down the red carpet as fans chanted characters’ names and demanded autographs.

He said: “This series is not the end, but it is the start of something new.”

The Brummie spoke to fans about the prospect of a forthcoming film and how much the series meant to him, knowing the city it was based on had embraced the drama.

More than 55,000 people applied for tickets for the premiere of the hour-long episode but fewer than 200 got to see the first episode of the last series which airs on Sunday night.

Wolverhampton Olympic champion Denise Lewis was on the red carpet and spoke of her love for the show.

She said: “I did not want to get involved in all the hype. But once I watched the show I was so hooked, it is so glamorous, and I love all the various costumes the female characters wear.

“It’s great the series has become so much of a global hit and I can not wait to find out what happens next.”

Peaky Blinders star and poet Benjamin Zephaniah told the Express & Star he gets recognized across the world because of the series.

He said: “I have people in America, Vietnam and in South America who come up to me because of Peaky Blinders.

“But most of all, as we can see by how many people are here, I love how Birmingham has embraced Peaky Blinders.

“I love how there is a candidate in the Erdington by-election who is standing as a Peaky Blinder and is championing mental health.

“What Peaky Blinders shows is what those men went through after fighting in the First World War.”