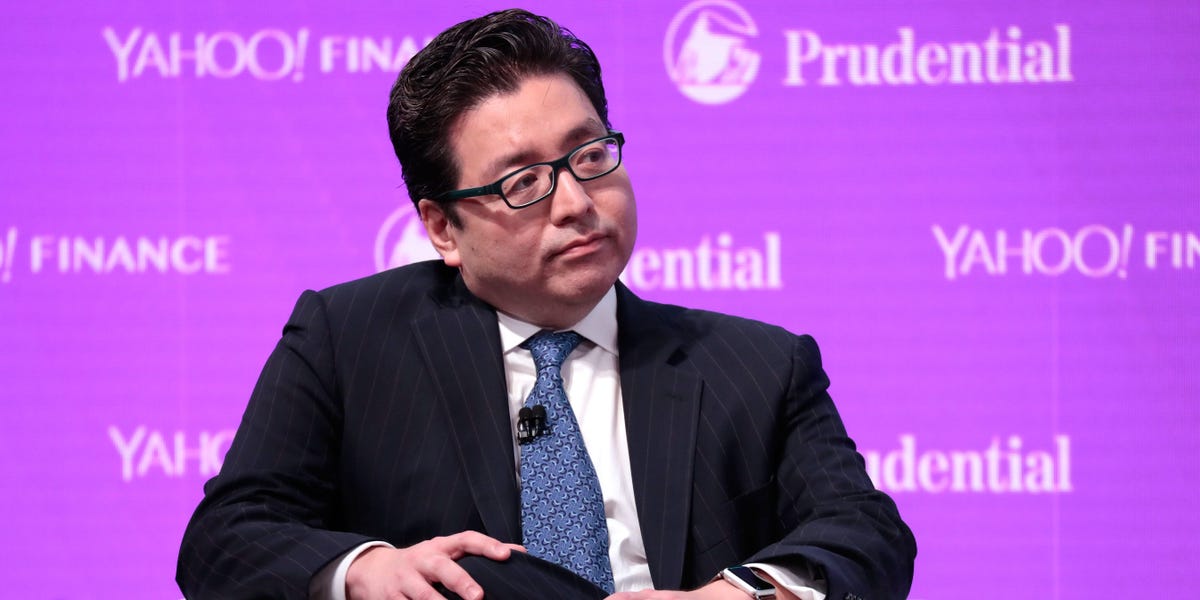 The stock markets’ “buy the dip” regime has returned after a bear market touched 73% of S&P 500 stocks in June, according to Fundstrat’s Tom Lee.

“A lot of bad news is priced in,” Lee said in a Wednesday note to clients, adding that any reading of over 54% of S&P 500 stocks being in a bear market has historically proven to be a great time to buy the dip in stocks.

And Lee’s argument that now is a good time to buy stocks lines up with his view that the stock market is poised for a strong rally to new record highs in the second half of this year.

Lee offered the following 5 reasons as to why investors can be constructive on the market from here.

1. “Inflation proves to be less sticky.”

2. “Economic resilience is better than feared (‘growth scare’ not recession).”

A perceived headwind for the stock market going forward is the Fed’s current trajectory of raising interest rates, which can last into year-end or even early 2023. But the Fed raising rates is not a binary impact that means stocks have to fall, according to Lee.

“The key is whether the Fed will negatively ‘shock’ markets,” Lee explained. After June’s Fed meeting, the bond market has gotten ahead of the Fed in anticipating when it will reach a neutral interest rate, and that means there is likely little-to-no shock left by the Fed in the current regime of raising rates.

“Ultimately, the key divergence between our sanguine view and consensus is whether the US is tracking towards a recession (consensus) or a growth scare. In our view, recent incoming data and even second-quarter EPS season support a ‘growth scare’ scenario ,” Lee concluded.