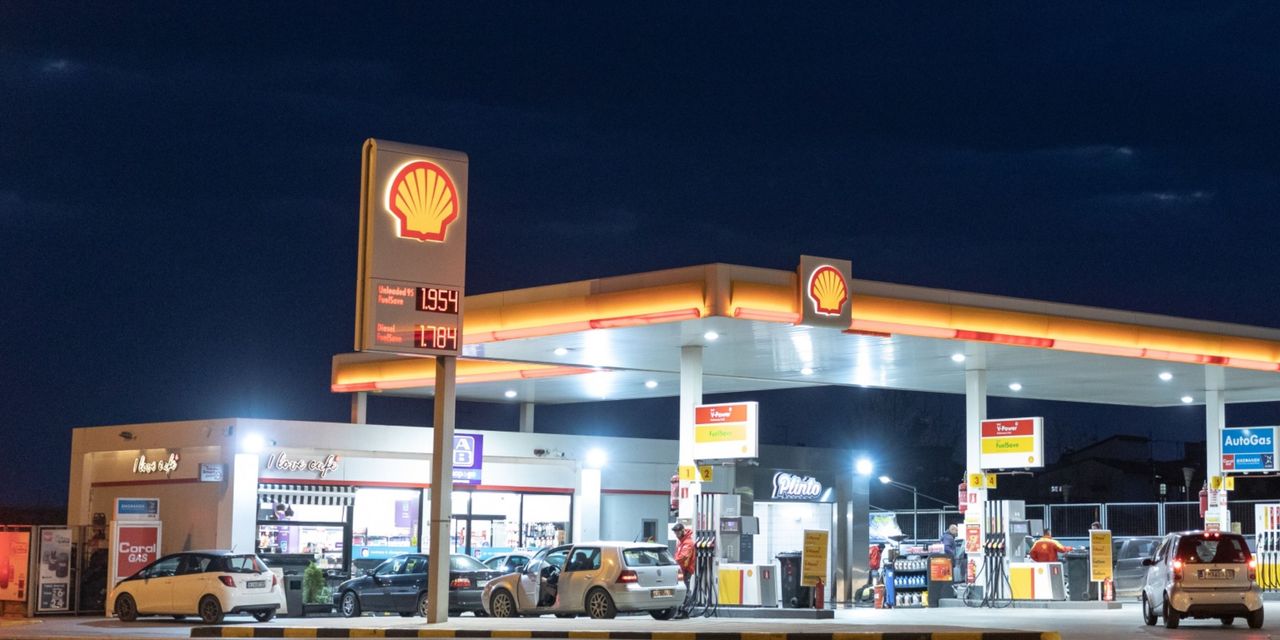 
Investors have piled into energy stocks this year, sending prices sharply higher, but bargains remain in the sector.

the United Kingdom – domiciled energy giant, is one.

Shell (ticker: SHEL) has some of the most attractive assets in the global energy business, notably the world’s largest liquefied natural-gas business and the biggest network of service stations. But at a recent $ 55, its US-listed shares trade for just six times projected 2022 earnings of $ 9 a share.

Shell could take steps to address the valuation gap, such as breaking up the company, which activist investor Dan Loeb of Third Point has urged. So far, Shell management has been resistant. Loeb recently wrote in a client letter that “Shell’s portfolio of disparate businesses ranging from deepwater oil to wind farms to gas stations to chemical plants is confusing and unmanageable.”

The liquefied natural gas, or LNG, business and service stations together could be worth $ 170 billion, or most of Shell’s market value of $ 207 billion, even though these businesses produce only 35% of the company’s cash flow, based on an analysis from Mill Pond Capital, a Boston investment firm that owns shares in the company. Mill Pond’s sum-of-the-parts analysis values ​​Shell at about $ 80 a share.

“Shell should reinstate the pre-Covid dividend. That would go a long way to restoring management’s credibility with investors and rerating the stock.”

Shell could also pay a much higher dividend. The company slashed its dividend by 65% ​​in 2020, during the Covid pandemic. Its current dividend yield of 3.6% is comparable to that of Exxon, at 4.1%, and Chevron, at 3.4%. Shell maintains a conservative dividend payout ratio of 20%, based on projected 2022 earnings, which compares with 35% for Exxon and Chevron.

“Shell should reinstate the pre-Covid dividend,” says Dan Farb, a principal at Mill Pond. “That would go a long way to restoring management’s credibility with investors and rerating the stock.”

Shell recently boosted the quarterly dividend on its US shares by 4%, to 50 cents a quarter, in keeping with an incremental plan to lift the payout by 4% annually. But the quarterly payout is little more than half of its prepandemic dividend of 94 cents, despite record earnings. Exxon and Chevron held their dividends steady during the pandemic and have since boosted them.

With a dividend of 94 cents per quarter, Shell would yield 6.8%. At 75 cents a quarter, it would yield 5.4%. In either scenario, the stock probably would trade considerably higher.

Morgan Stanley analyst Martijn Rats has argued that Shell can pay a higher dividend, writing recently that Shell’s operating cash flow is 30% to 40% higher than Chevron’s, while its annual dividend payment of $ 7.5 billion is lower than Chevron’s $ 11 billion. Shell has $ 48 billion of net debt, more than Exxon or Chevron, but is expected to continue to rapidly pay that down.

Shell has ramped up its share buybacks. It plans to repurchase $ 8.5 billion of stock in the first half of this year, and perhaps $ 15 billion for the full year. While buybacks are a good use of cash given Shell’s low valuation, many investors would rather see a bigger dividend.

As one of the world’s leading energy companies, Shell produces about three million barrels a day of oil equivalent, on par with Chevron. Shell out-earned both Exxon and Chevron in the first quarter, with $ 9.1 billion of net income, excluding about $ 4 billion of charges related to Russian assets.

Investors might balk at buying the stock after a 30% gain this year, but Loeb recently noted in a client letter that Shell “trades at the same deeply discounted multiple today that it did last year due to a move up in commodity prices.”

A morning briefing on what you need to know in the day ahead, including exclusive commentary from Barron’s and MarketWatch writers.

Shell has taken some investor-friendly steps in the past year, including ridding itself of a cumbersome Anglo-Dutch structure and domiciling in the UK, which is less hostile to the energy industry than much of the continent. It also collapsed its share structure into a single class of stock. The company did not respond to Barron’s questions by press time.

Shell’s best business is what it calls integrated gas. It’s the largest producer of LNG globally, with a 10% market share based on output. “LNG is the place to be post-Russia,” says Oswald Clint, an Bernstein analyst with an Outperform rating and $ 76 price target on the shares.

The LNG outlook is strong as Europe seeks to reduce its reliance on Russian gas. And Asian LNG demand, notably from China, is likely to rise sharply in the coming decades.

Shell’s retail business of more than 46,000 service stations and 12,000 convenience stores could be worth $ 40 billion, based on valuations of pure plays like Canada’s

Shell’s stock merits a discount relative to Chevron and Exxon because the company is based in Europe and faces greater pressure from climate activists to scale back its oil and gas business. It has a bigger commitment to a green agenda than US peers, and its frequent talk about its participation in the “energy transition” has unsettled investors who want exposure to oil and gas and believe fossil fuels will play a crucial role for decades in meeting the world energy needs.

There is little reason Shell can not take a more shareholder-oriented approach while being an environmentally conscious company. A higher dividend would be a good start.

Write to Andrew Bary at andrew.bary@barrons.com