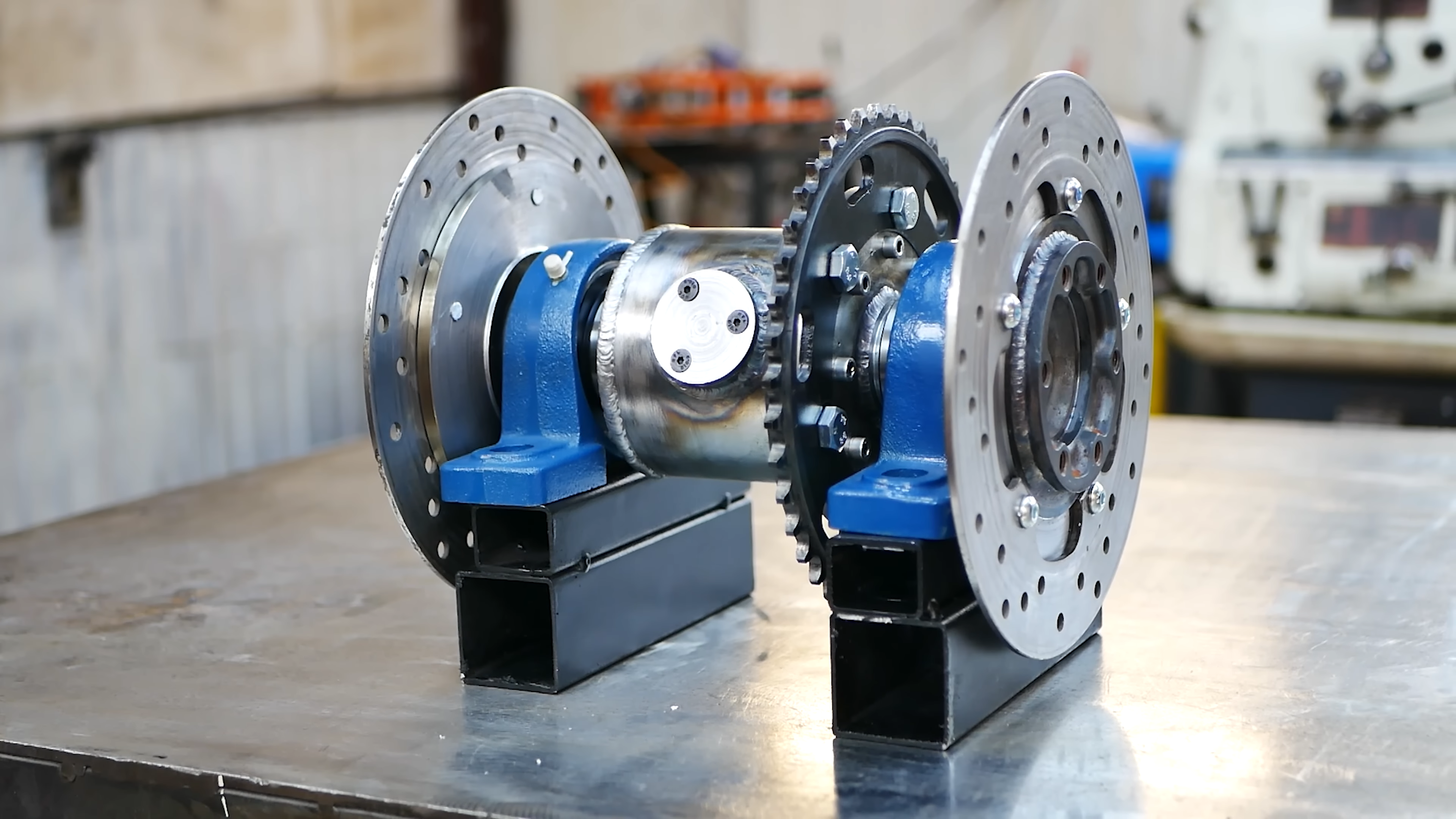 A differential is a very useful thing for a vehicle. It allows two driven wheels to rotate at different speeds, such as when going around a corner. [Workshop From Scratch] needed a chain driven differential, so set about building one from a salvaged automotive unit.

The differential itself was taken from a BMW E46 3-Series, specifically a 2.0-liter diesel model. The work began by removing the differential’s center gears from its big, hefty iron housing. Disassembly then ensued, with the spider gears removed from their carrier and the other components discarded. The differential gears themselves were installed instead in a new compact housing, fabricated with much welding and lathery. The housing was fitted with a large chain sprocket to deliver drive, in place of the original differential’s ring gear and pinion.

The video’s description states it would be an ideal differential for a go-kart, buggy, or other such small vehicle. Given the differential gears were originally built to handle a full-sized car, they should be more than capable of dealing with such applications.

If you’re a little unfamiliar with how differentials work, check out this primer from the early 20th century. It’s widely considered to be the best education on the topic. Video after the break.