Bruins fall to Kings in shootout 3-2 at TD Garden 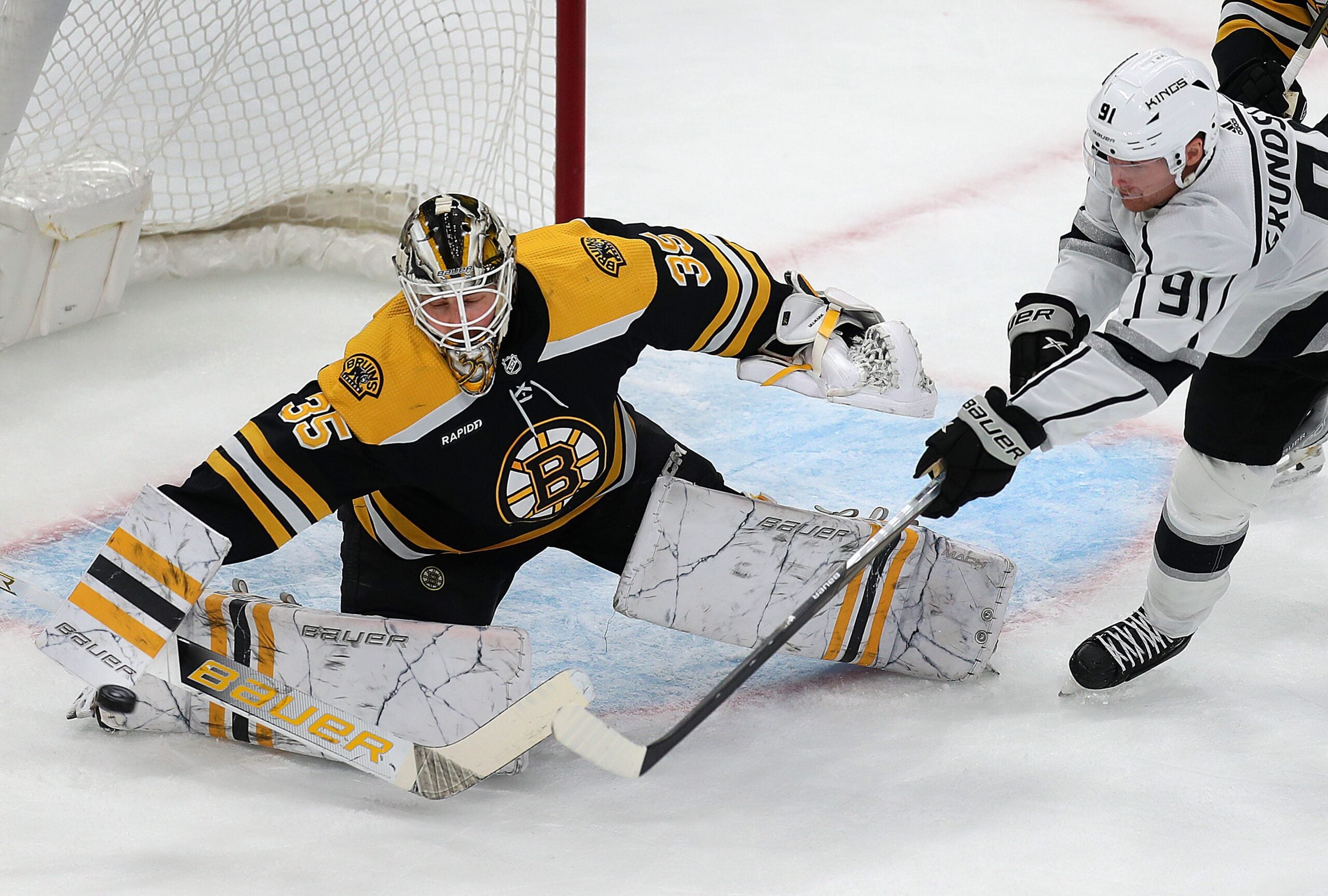 BOSTON (AP) — Adrian Kempe scored twice in the third period to rally Los Angeles from a two-goal deficit and Trevor Moore scored in the seventh round of the shootout to give the Kings a 3-2 victory over the Boston Bruins on Thursday night.

It was just the second loss at home for the Bruins all season.

“That’s a lot of character, coming back from down by two and pulling it off in the third and then the shootout,” said Kings goalie Pheonix Copley, who stopped 33 shots in regulation and overtime and the last five of the tiebreaker.

“We could have easily packed it in down by two. Everyone knows these guys are good at home,” he said. “Being able to push through and keep working until we were able to find a way, that’s huge.”

The Kings had lost two in a row and 10 of their previous 15 games, including a loss in Buffalo on Tuesday night in which they gave up six third-period goals. They return home from a six-game Eastern road swing having gone 3-2-1.

“There wasn’t a single individual happy with what happened in Buffalo the other night,” Kings coach Todd McLellan said. “So it was a good opportunity for us to answer, and reveal the character that I think is in that locker room.”

Taylor Hall and Brad Marchand scored in the second period to give Boston the lead, and Linus Ullmark made 28 saves for Boston. But Kempe tied it, scoring the second on a 5-on-3 power play with 2:10 left in regulation.

Both teams scored on their first two attempts of the shootout before David Pastrnak, Marchand, David Krejci, Hall and Patrice Bergeron missed five in a row for Boston. The Kings missed four straight before Moore came right down the middle and shot it under Ullmark’s glove for the winner.

“Not an easy building to do it in. Not an easy way to end a trip — a long trip,” McLellan said. “But we’re pleased with it.”

The Bruins almost had an early goal when a shot trickled through Copley’s pads and Kings forward Carl Grundstrom cleared it out of the crease before it could cross the goal line.

Boston did score in the second when, on a delayed penalty 6-on-5, the puck made its way to Hall and he wristed it inside the post on Copley’s stick side to make it 1-0. About two minutes later, Marchand took a pass from Pastrnak and put his wrister under the crossbar to make it 2-0.

The Kings pulled within one when Kempe banged home a rebound with 11:31 left in the game.

Moore agreed to a contract extension worth $21 million that would keep him in his native Southern California through the 2027-28 season. He would have been an unrestricted free agent next summer after making $1.875 million this season.

“It’s good to get it done, just focus on hockey and winning games,” he said. “It’s a good feeling, for sure.”

Get breaking news and analysis delivered to your inbox during hockey season.