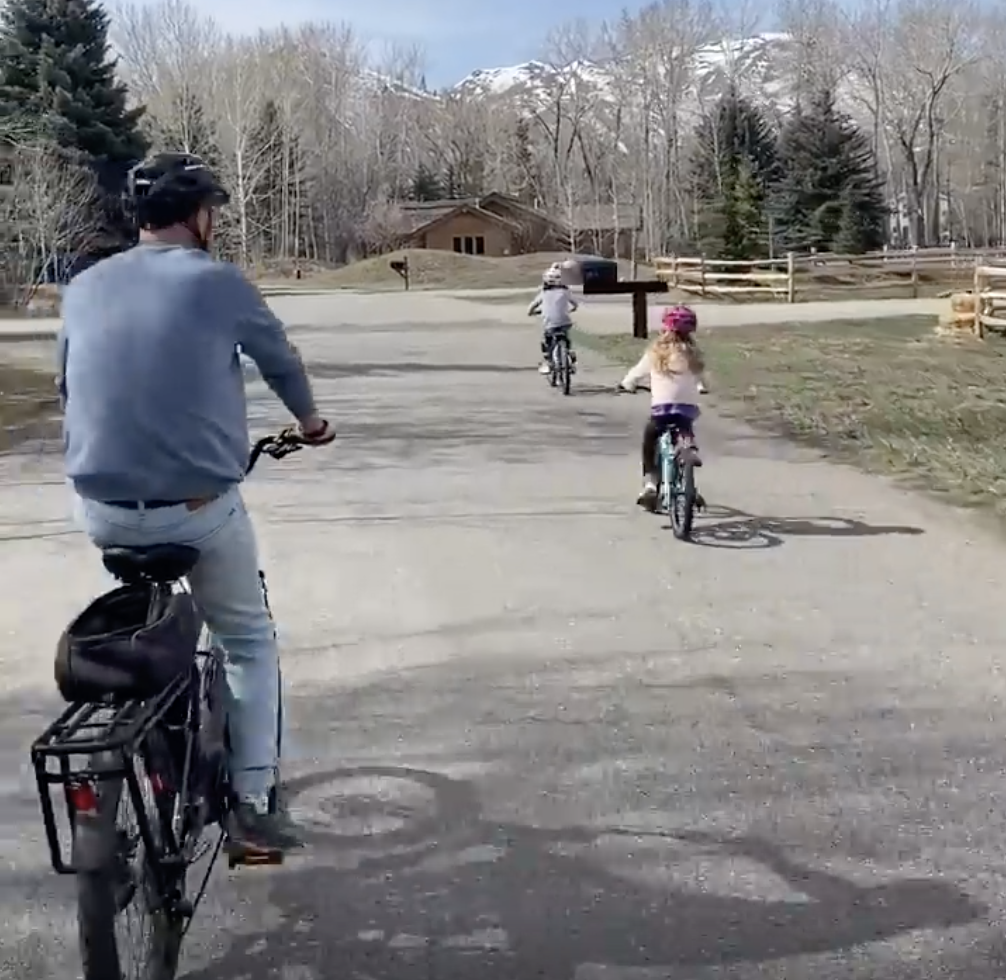 Bruce Willis was biking with his young daughters after the announcement that he’s retiring from acting due to health reasons.

The The Hard star’s wife, Emma Heming Willis, shared a video of the “bike gang back together” – as Bruce pedaled behind Mabel, 10, and Evelyn, 7. At one point on the scenic ride, he playfully rang his bike bell.

The family is seemingly off enjoying spring break. An earlier video shared by Emma showed Bruce and his girls walking by a serene water river. There was also a photo of Bruce smiling with Emma, ​​his wife of 13 years, taken by one of their daughters.

The model and CocoBaba founder wrote that “Mom & Dad” were “in their favorite habitat” somewhere “off the grid.”

The family-centric scenes follow the headline-making news on March 30 that the blockbuster star has aphasia, which affects a person’s ability to speak and understand others. Emma shared Bruce’s diagnosis publicly in a joint statement with Bruce’s first wife, Demi Moore, and their three adult daughters: Rumer, Scout and Tallulah.

The announcement coincided with a Los Angeles Times report in which nearly two dozen people who had been on set with Bruce in recent years (mostly straight to VOD movies), expressed concern about his well-being. They said he often seemed confused on set, once asking, “Why am I here?” Another claim was that he unexpectedly fired a gun loaded with a blank on the wrong cue, but that was denied by the project’s producer and armorer.

The Willis family has expressed their appreciation for the outpouring of love since they shared his diagnosis.

In this week’s People magazine, a family insider said, “Emma is especially grateful for the daughters she shares with Bruce. Everyone is focused on all the happy moments they are able to share … [They are] doing whatever they can [to support] him. They have rallied around him in a big way to help Bruce cope with what is to come. “