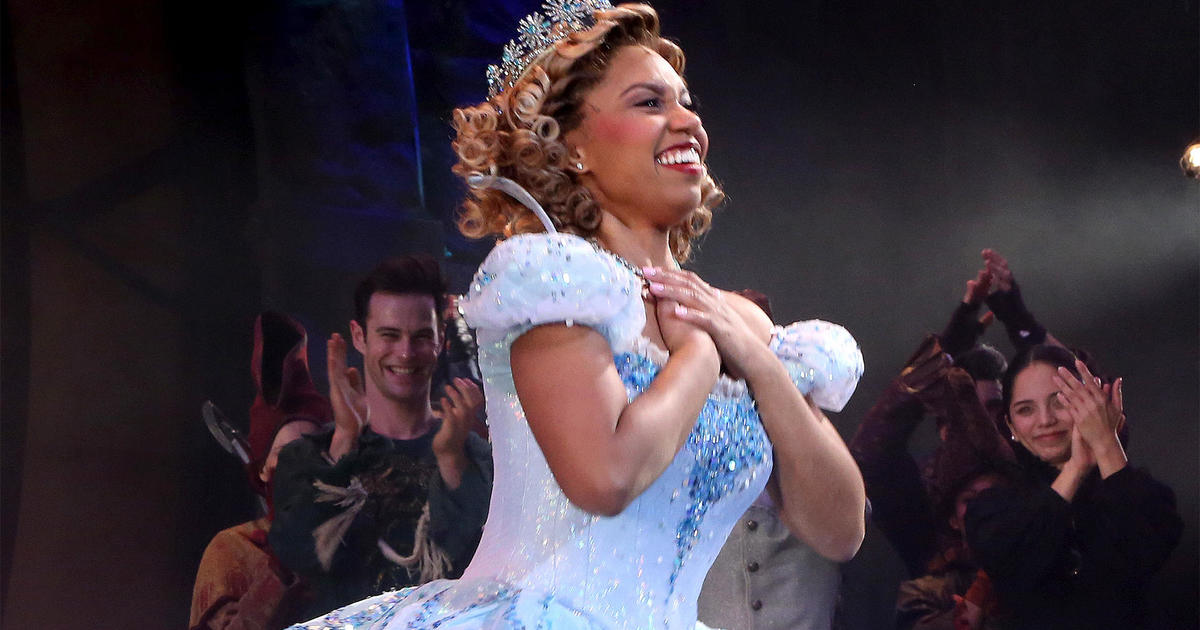 NEW YORK – For the first time, a woman of color is now playing the lead role of Glinda in “Wicked,” one of Broadway’s highest grossing musicals.

The staged prequel to “The Wizard of Oz” opened at the Gershwin Theater in 2003.

CBS2’s Dana Tyler spoke with actress Brittney Johnson, who hopes she’ll inspire others to believe they can reach for the stars, too.

Johnson received a thunderous opening night ovation that just did not stop, and her first words in the show go far beyond the Emerald City: “It’s good to see me, isn’t it?”

“Seeing you as African-American Glinda, you know, you made it you and it was so good to see you. I almost had tears in my eyes. You have to feel that as part of what you’re saying, as well, “Tyler said.

But just getting the chance to perform in the nearly 2,000-seat Gershwin Theater took a long time.

“You know, this was always one of those dreams that was just, it seemed kind of far away in the distance. I was never able to get an audition just for the show in general because I wasn’t really dancer, dancer, and “So I’ve been in four other Broadway shows before, before this one. But as soon as I got the audition for this, I was so excited,” Johnson said.

Nearly three years after being cast as Glinda’s understudy, Johnson moved up to the standby, and in February, she became the full-time Glinda.

“Were you the kind of little girl looking in the mirror and, you know, singing songs with that kind of confidence?” Tyler asked.

“I wasn’t, honestly. My mom said I was singing before I was talking, but I was shy,” Johnson said. “And every time, she’d be like, ‘You’re gonna perform in this thing at church,’ and I would cry. I’d be like, ‘I do not wanna!’ And I would fight her, literally until the moment that it was time to walk onto the stage. And then I would do it and I would come off and I’d be like, ‘Thank you so much.’ “

A picture with her mom is among the mementos of gratitude, love and support covering her dressing room wall, along with artwork from fans cheering on Johnson’s Broadway breakthrough.

Also on the wall is a photo of Johnson with actress Kristin Chenoweth, who settled in as the first Glinda in the same dressing room almost 20 years ago. They share an Ozian bond.

“I was her opening night guest at her Broadway show ‘For The Girls,'” Johnson said.

Johnson showed off her props and costumes, noting the dress she wears in the opening scene of the show weighs 16 pounds.

“But I make it look graceful,” she said.

Grace and radiant optimism under pressure.

“The Emerald City dress, oh man. Elphaba and I, we run off, we run just right past the lip of the stage, we rip off our clothes,” Johnson said.

“Somebody’s helping you, you have a dresser, right?” Tyler said.

“Right,” Johnson said. “So my dresser is there. She’s standing there with this dress poised for me to kind of dive into it. So as I’m running off stage, as soon as I run off stage, I rip off the jacket, I unzip the skirt , and then I dive right into this one, turn around, she zips me up, I get a sip of water and I run back onto the stage. It’s so fast. You can not think about it. “

This NYU Drama grad’s success and the empowerment to inspire young people of color come with empathy. Johnson feels fortunate to have a mother who raised her to be strong, to believe in her authentic talents and to never stop trusting anything was possible for her.

“Dreams are an interesting thing because sometimes you can only dream what you’ve seen and you can not imagine something that you do not know exists … I hope that me being in this role pushes out the, the boundary now of what people can dream, and they can imagine other things for themselves, “Johnson said.

“So much has gone on, and many more efforts within the Broadway community, theater community to be more inclusive, and I know that’s important to you as well,” Tyler said.

“It is. And I think more than inclusivity, it’s about equitability. And it’s about, you know, it’s one thing to make space and it’s, it’s another thing to all be in the same space … What I think we are building toward now is a space where, as a community, there’s some of all of us. There’s some of all of our sensibilities and all of our different histories that are a part of projects from the very inception. From writing, from producing, all of that. We need everyone’s input because who are we without all of our stories? ” Johnson said.

Dana Tyler anchors CBS2 News at 6 pm She joined WCBS-TV in 1990 as a weekend co-anchor and reporter.