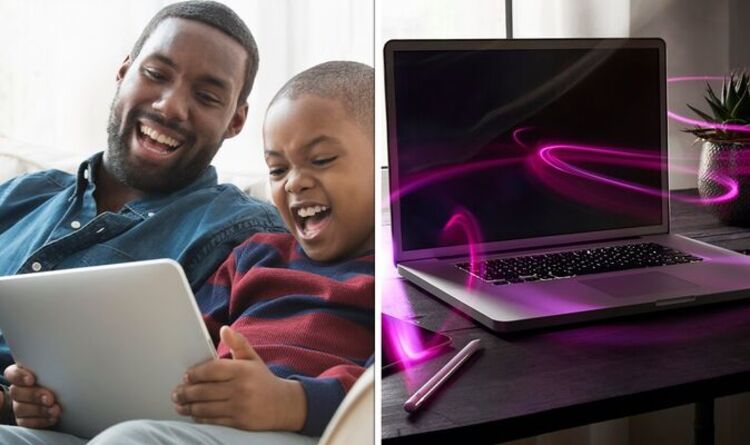 In light of rising inflation and energy bills, families across the UK are experiencing a tight squeeze when it comes to the cost of living. One of the many expenses households will have to pay towards, outside of their energy bills, is their broadband. Despite Britons spending hundreds of pounds a year to get decent Wifi, a recent study conducted by Which? have run into issues with their internet provider.

The consumer watchdog found that one in two (49 percent) of broadband customers had a problem in the last 12 months.

Furthermore, 17 percent of broadband customers said the price increases had been an issue for them in the last 12 months.

This particular issue went up to a quarter of Sky (24 percent) and Virgin Media (23 percent) customers.

Speaking exclusively to Express.co.uk, Lisa Barber, Which? Computing’s editor, shared how consumers save up to £ 200 by switching broadband accounts.

She said: “Before starting any broadband switching process, check your contract as you could be hit with a heavy exit fee for leaving early.

“It’s always a good idea to shop around and see what’s out there.

“There are lots of comparison tools like Which? Switch Broadband that you can use to find cheap deals and often your new provider will even handle the switch by contacting your current provider so you do not have to.

“If you are happy where you are but think you might be overpaying, then shopping around is a good way of arming yourself with examples of cheap deals you could switch to.

“We’ve found that more often than not your current provider will want to keep your business and will often offer to give you a discount or will upgrade your service for free if you stay.”

Noting how inflation has led to households noting a rise in the cost of living, the consumer expert believes now is the best time for households to get a better deal for their broadband.

Ms Barber explained: “With the cost of living rising, it’s really important to cut costs where you can.

On which broadband providers are doing the best for their customers, Ms Barber shared: “Zen Internet was the best performer in our survey, taking top spot for the seventh year running.

“That’s why – together with other checks and balances – we’ve awarded it Which? Recommended Provider Status.

“Zen was the only provider to earn four stars out of five for the speed and reliability of its broadband connections.

“And despite not being the cheapest provider, it offers a ‘price for life’ guarantee, meaning prices won’t increase over time.”