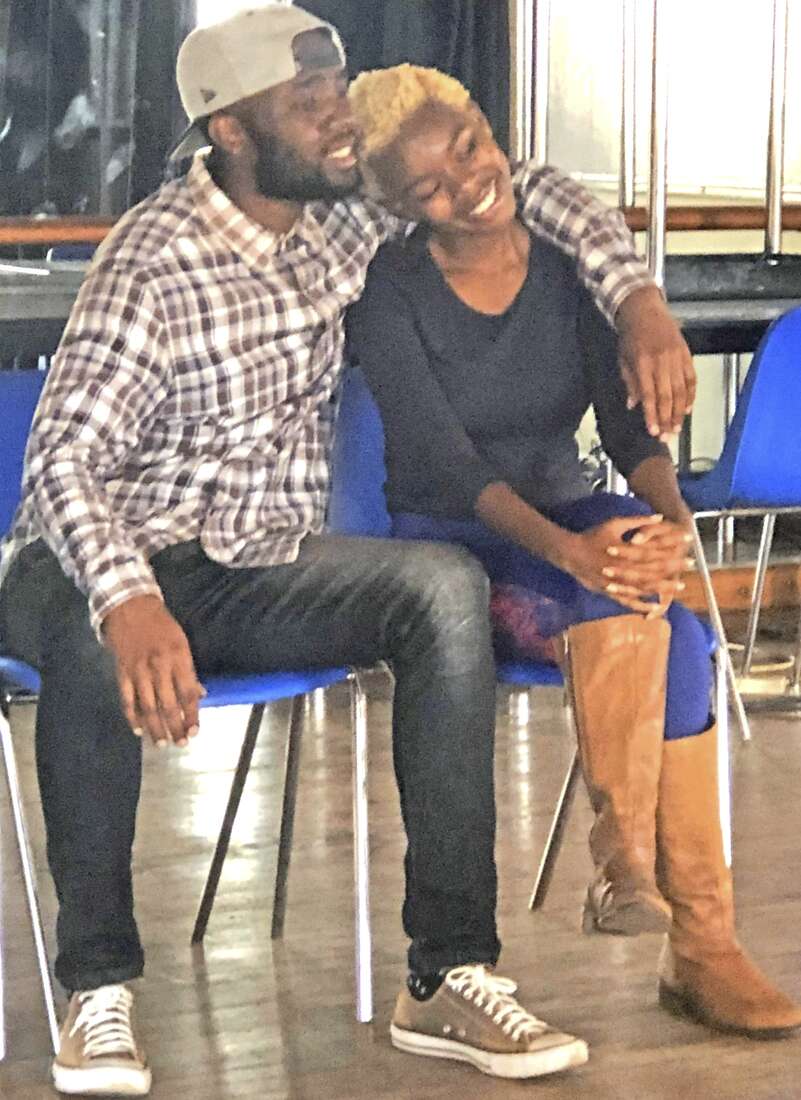 Unplugged and A Small Production Company’s drama BroCode is one of those marvelous Kenyan plays that did such minimalist marketing that you might have skipped it, thinking it was probably worthy of a miss.

Yet anyone who cares about developments in Kenyan theater should not have missed this touching original tragi-comedy, scripted and directed by Murage Lawrence and produced by Temko Lavindu and Tim King’oo of A Small Production Company and Unplugged respectively.

King’oo was also responsible for a simple but effective set design that instantly signaled the chaos that was about to unfold on the Kenya National Theater stage. After all, why wouldn’t an old abandoned warehouse look like a garbage dump, filled with empty cardboard boxes piled up in disarray?

How two old sofas where the brothers are separately sleeping found their way to the place is a mystery. But possibly previous squatters had brought them there in earlier times.

This two-hander was a slow-starter. You actually did not know when the show started since the two were ‘fast asleep’ long before Michael (Nyakundi Isaboke) screamed as if he had either been awakened by a horrifying nightmare or actually witnessed a terrible real-life horror, like maybe seeing a man murdered right before his eyes.

As we learn as this suspenseful murder mystery unfolds, Mike is haunted by fears that his own brother is a murderer, and he is an accomplice to the lethal crime by virtue of having been there when his brother Saddam (Xavier Ywayo) involved him in a bank heist gone bad.

Now they’re in hiding and on the run. It’s a terrifying experience for Mike who’s a law-and-order man who’s been following the rules since childhood. It enabled him to get through law school and eventually into a prestigious law practice.

Meanwhile, his older brother Saddam isn’t bothered after having shot a bank security guard who may have died.

“If he died, that makes you a killer,” Mike tells his brother who seems to take the suggestion as a joke. The high school dropout, former drug dealer, and unscrupulous ladies’ man is the antithesis of his younger brother.

It’s no wonder they’ve been estranged for years. It seems almost accidental that they are together now. The tension that kept them apart for 20 years permeates the whole atmosphere of the play.

Through a series of short flashbacks, role plays, and even physical spats, we learn about their past. It’s Saddam who left home at 16 and never got in touch with family until a few days before the present when he contacted his ‘bro’ and suggested a rendezvous.

Michael was all for it apparently. But he laments it now since he foolishly followed Saddam when he suggested Mike accompany him on ‘an errand’, wear a mask, and then go and rob a bank.

Turns out Saddam had committed multiple crimes in the past, but never a murder before. Mike is already unnerved by his brother. He had grown up, having been physically and psychologically bullied and tortured by Saddam. But he seriously wants to know if he’s an accomplice to a murder or not.

Once he finds a means of learning the security guard his brother shot is okay, the play takes a dramatic turn. Instead of that palpable pressure that their past had generated between them, suddenly they remember their dad, a man they both adored. That mutual affection breaks out into music, rapping, and dance which is cathartic.

It’s at that point that we see how well the technical team at National Theater has perfected their game. As if by magic, two float = ing microphones rain down on the brothers right at the moment they need to act like singer-stars and do some karaoke to songs like… ..

The harmony and joy of their performing songs and dances they both know makes for a breakthrough moment. It also reveals the two actors as all-round entertainers who can sing and dance just as well, maybe even better than they can act.

But actually, their acting is phenomenal, especially when Mike has to decide if he’s going to make the break, leave Saddam at the warehouse, and try going back to his former professional life. In fact, he goes, and Saddam picks up the gun he’d used to almost kill the guard.

Suicide seems like an option. But then, Mike comes back in an emotional moment, as if to finally take control, like a good Samaritan, and save his brother’s life. This time, their reunion is authentic, affectionate, and full of love.