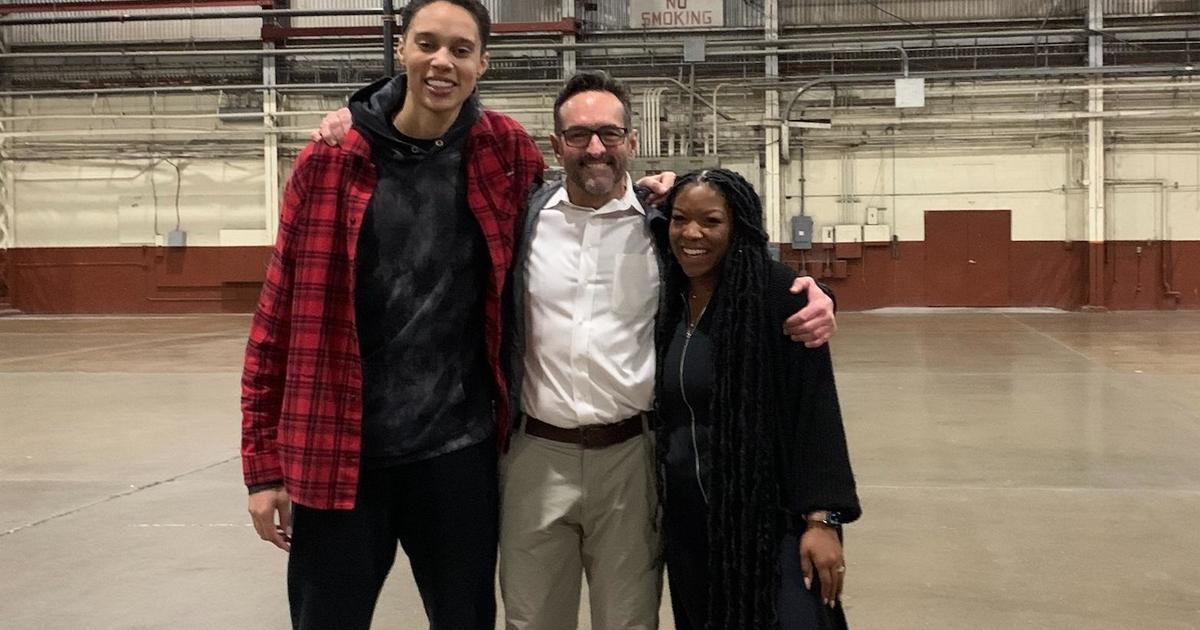 As WNBA star Brittney Griner recovers at a military base in San Antonio, Texas, her agent says she played basketball for the first time since her release from a Russian prison.

Griner hit the court at Fort Sam in Houston, where she is undergoing medical evaluations and spending time with family. Her first move was a dunk, ESPN reports.

Griner, who played in Russia during the WNBA offseason, returned to the U.S. on Friday morning after a prisoner swap with Russia.

“She spoke at length about what it was like to undergo that 10-month ordeal,” Carstens said, declining to go into further detail.

Griner’s father, Raymond, told CBS News he spent the day with his daughter on Saturday, saying Griner broke down and they hugged for five minutes or longer.

“I felt like I had 500 pounds lifted off my shoulders,” Raymond Griner said. “This was the hardest thing I’ve experienced in my life.”

On Monday, White House officials held a strategy session as they try to secure the release of Paul Whelan, who has been imprisoned in Russia four times longer than Griner.

“We believe that there are plays we can continue to try to run, things that we have had in motion that we are still working on that could potentially lead to a positive result here,” said Jake Sullivan, President Biden’s national security adviser.

The White House is still defending its decision to exchange Griner for notorious arms dealer Viktor Bout. Former President Donald Trump claimed on a post on Truth Social that he “turned down a deal with Russia” to trade Bout for Whelan because Bout “has killed untold numbers of people with his arms deals.”

“He was not particularly interested in Paul’s case in the way that one would have thought he would be,” Hill told “Face the Nation” on Sunday.


Royal Challengers Bangalore Still Looking For IPL Trophy, Come With Us To Know How About Team.