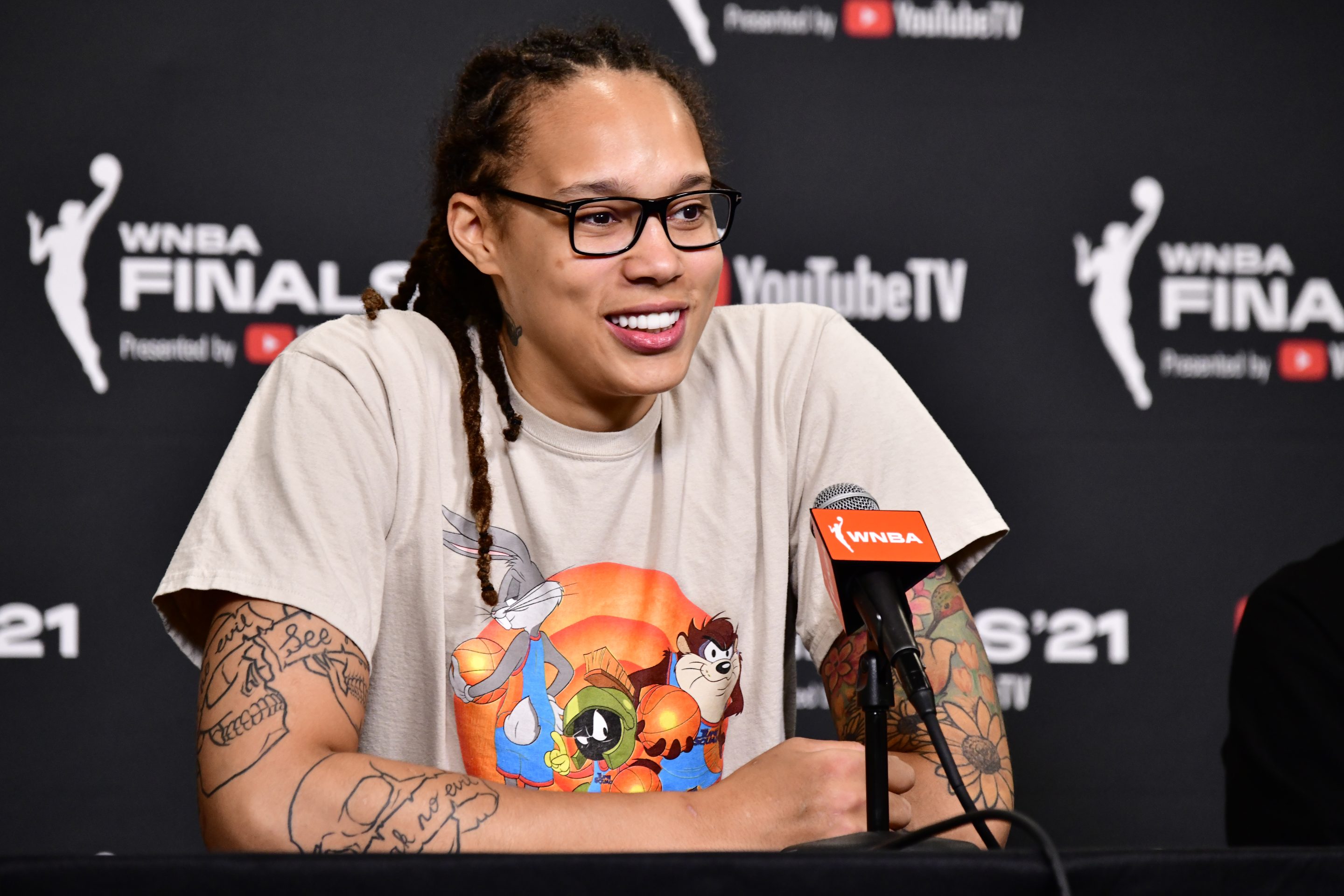 Last week, WNBA star Brittney Griner returned to the U.S. after being detained in Russia for 10 months over drug charges.

“She’s safe. She’s on a plane. She’s on her way home,” President Joe Biden said during a news conference announcing her return.

Griner was sentenced to nine years in prison after being convicted of carrying vape cartridges containing cannabis oil in her luggage. In October, Griner’s attorneys said her “biggest fear” was having to serve her entire sentence in Russia, People reported. As time went on and months passed, some began to lose confidence that the U.S. would be able to negotiate her return, particularly as she was moved to a penal colony last month.

But she’s home—and for the first time since returning, she’s speaking out.

“It feels so good to be home! The last 10 months have been a battle at every turn,” Griner wrote on Instagram. “I dug deep to keep my faith and it was the love from so many of you that helped keep me going. From the bottom of my heart, thank you to everyone for your help.”

Griner’s caption was below two photos: one of herself coming off a plane and one of her hugging her wife. Griner said she’s “grateful” to every person who advocated for her, from her wife to her basketball team to the “entire Biden-Harris Administration,” among others.

The Biden administration exchanged Griner for Russian arms dealer Viktor Bout, known as the “Merchant of Death,” who was serving a 25 year sentence in a U.S. prison. But it wasn’t able to negotiate the release of Paul Whelan, a former U.S. marine who’s been detained in Russia for more than three years for allegedly spying, despite efforts to include him in the swap.

“I am greatly disappointed that more has not been done to secure my release, especially as the four year anniversary of my arrest is coming up,” he told CNN after Griner’s release, adding, “I don’t understand why I’m still sitting here.”

Whelan added: “My bags are packed. I’m ready to go home. I just need an airplane to come and get me.”

With her release, Griner has vowed to do everything she can to bring Whelan home.

“President Biden, you brought me home and I know you are committed to bringing Paul Whelan and all Americans home too,” she wrote. “I will use my platform to do whatever I can to help you. I also encourage everyone that played a part in bringing me home to continue their efforts to bring all Americans home. Every family deserves to be whole.”

Griner also made it clear that she plans to play basketball again.

“I intend to play basketball for the WNBA’s Phoenix Mercury this season, and in doing so, I look forward to being able to say ‘thank you’ to those of you who advocated, wrote, and posted for me in person soon,” she wrote.