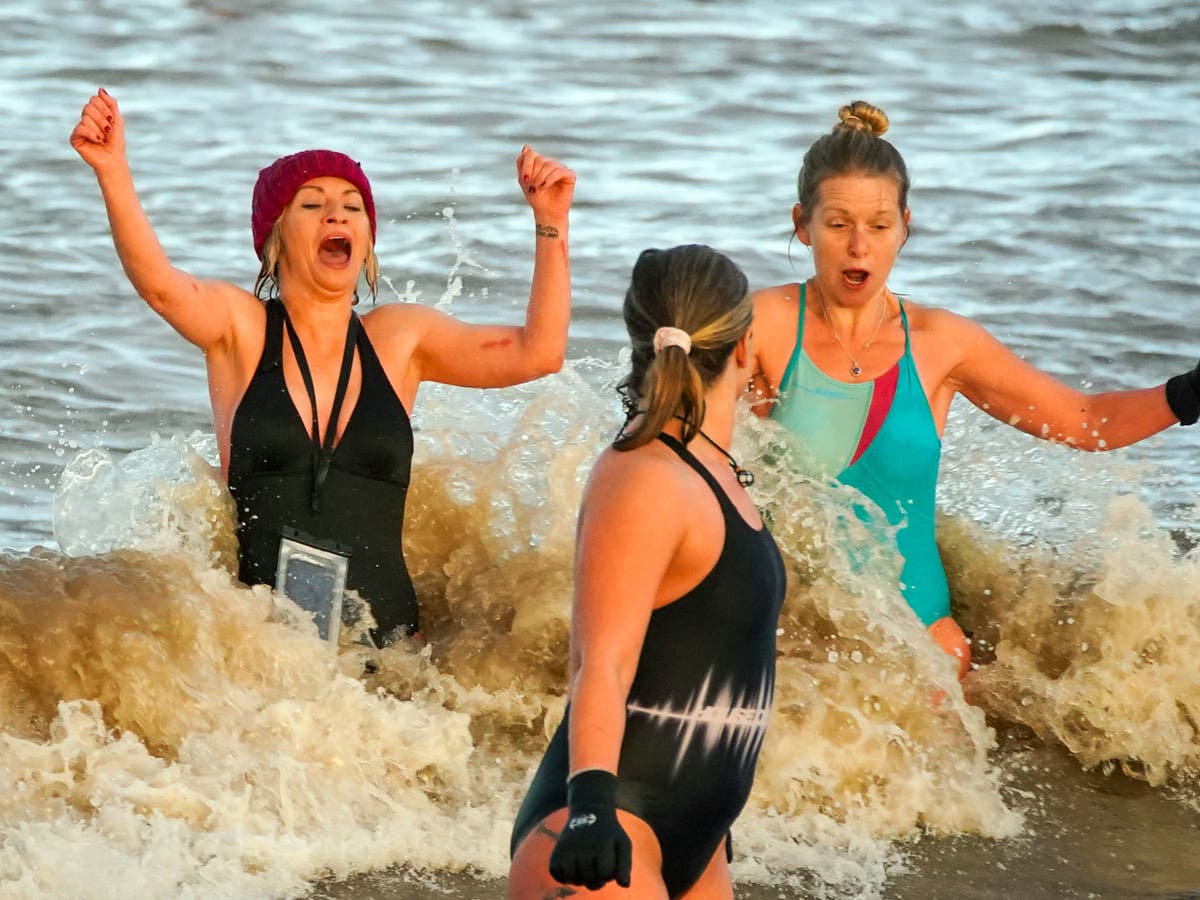 Britain has had the warmest start to a year ever, with temperatures above 16 degrees.

A high temperature of 16.2 C was recorded in St James’s Park, London, on New Year’s Day. The preliminary figure beats the previous record of 15.6C set in Bude, Cornwall, in 1916.

A spokesman for the Met Office said this made New Year’s Eve “tentatively the hottest ever”.

They added: “Despite this value occurring overnight, we use the time period 0900-0900 for historical records.”

The milder start to the year than usual encouraged people to take part in traditional New Year’s swims across the UK, including in New Brighton on the Wirral.

Somerset House in London closed its ice rink due to the higher temperatures.

A spokesman for the attraction tweeted: “Skating update: Due to the effect of the ongoing hot temperatures on the quality of the ice, we have had to make the difficult decision to also close our ice rink on January 1st.”

Met Office forecasting champion Dan Stroud urged people to “get the most out of the heat because a change is on the way as we enter the early part of next week”.

Daytime temperatures are expected to drop to as low as 3C in Edinburgh on Tuesday and 7C in London and Cardiff.

He said: “We are going to lose the subtropical airflow and replace it with some things from the north.

“Temperatures will definitely return to average, with a return of frost and some snow in the forecast across northern areas and across the hills.”

The warm start to the new year follows a mild December.

Met Office forecasts Craig Snell said the average temperature in December and early January was usually around 7C-8C, but the warmer weather was due to a southwesterly wind that penetrated across the country.

Additional reporting from the Press Association