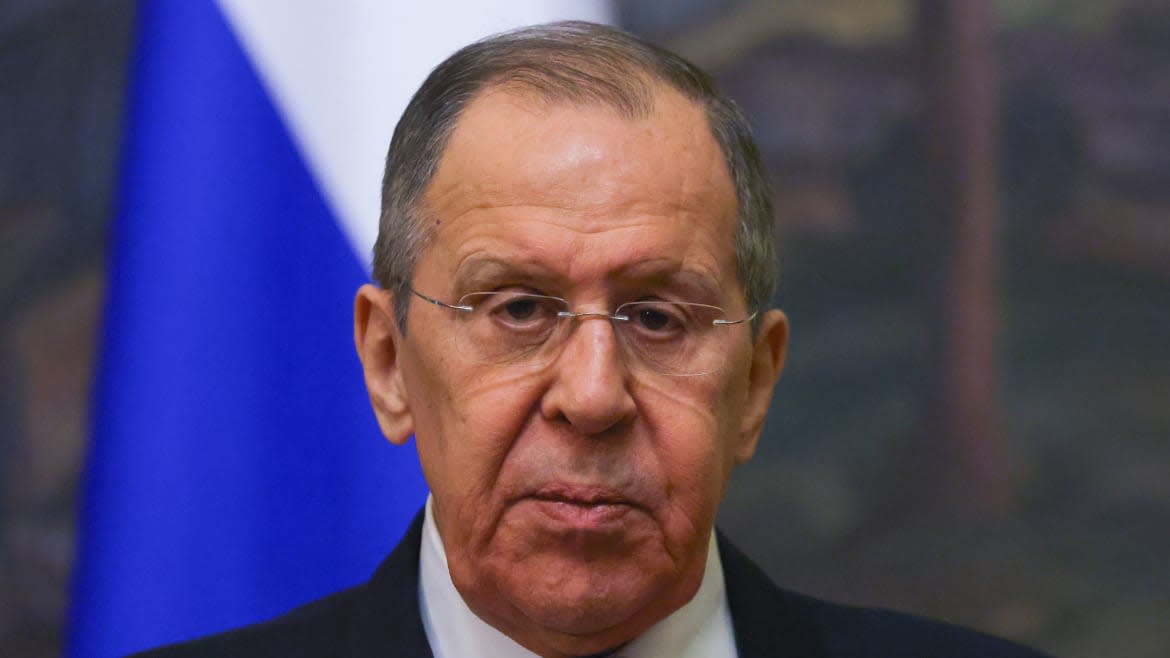 Britain’s latest round of sanctions against Russia has gone above and beyond simple financial punishment, airing a bit of Russian Foreign Minister Sergei Lavrov’s dirty laundry in the process.

In its list of the 65 new individuals and organizations targeted for “aiding Russia’s invasion of Ukraine,” the British Foreign Office appears to have made a point to call out Lavrov’s “secret family” in London, with its inclusion of Polina Kovalev, whom it describes as his stepdaughter.

Kovalev’s inclusion on the list appears to confirm exhaustive reporting by Kremlin foe Alexei Navalny’s team that Lavrov, 71, has been living a “double life” for nearly two decades. One that includes a “secret wife,” identified by Navalny’s allies as Svetlana Polyakova, an actress and a restaurateur with sway in Russia’s Foreign Ministry.

Polina Kovaleva is reportedly Polyakova’s daughter from an earlier marriage. She is said to reside in a lavish Kensington apartment she purchased for a whopping £ 4.4 million ($ 5.8 million) at the age of 21.

British lawmakers had pushed for her to be added to the list of targeted individuals this month, arguing that she could be used to evade sanctions. Lavrov himself is already blacklisted by both the US and UK

Western countries have appeared to shift to a new tactic in sanctioning the children of Kremlin cronies in recent weeks, with the daughter of Vladimir Putin’s spokesman, 24-year-old Elizaveta Peskova, who was swept up by sanctions this month.

In comments to Insider, she said the sanctions against her were “totally unfair and unfounded.”

Her father, described by US officials as Putin’s “chief propagandist,” is also blacklisted.

The UK’s list of new sanctions also targets Oleg Tinkov, the founder of Tinkoff Bank; Herman Gref, the CEO of Sberbank, the largest Russian bank; and Galina Danilchenko, who was installed by Russian forces as the mayor of the Ukrainian city of Melitopol. Danilchenko has also been sanctioned “for cooperation with Russian forces currently in Ukraine,” Foreign Secretary Liz Truss said.

“These oligarchs, businesses, and hired thugs are complicit in the murder of innocent civilians and it is right that they pay the price,” Truss said in a statement accompanying a list of the targeted individuals.