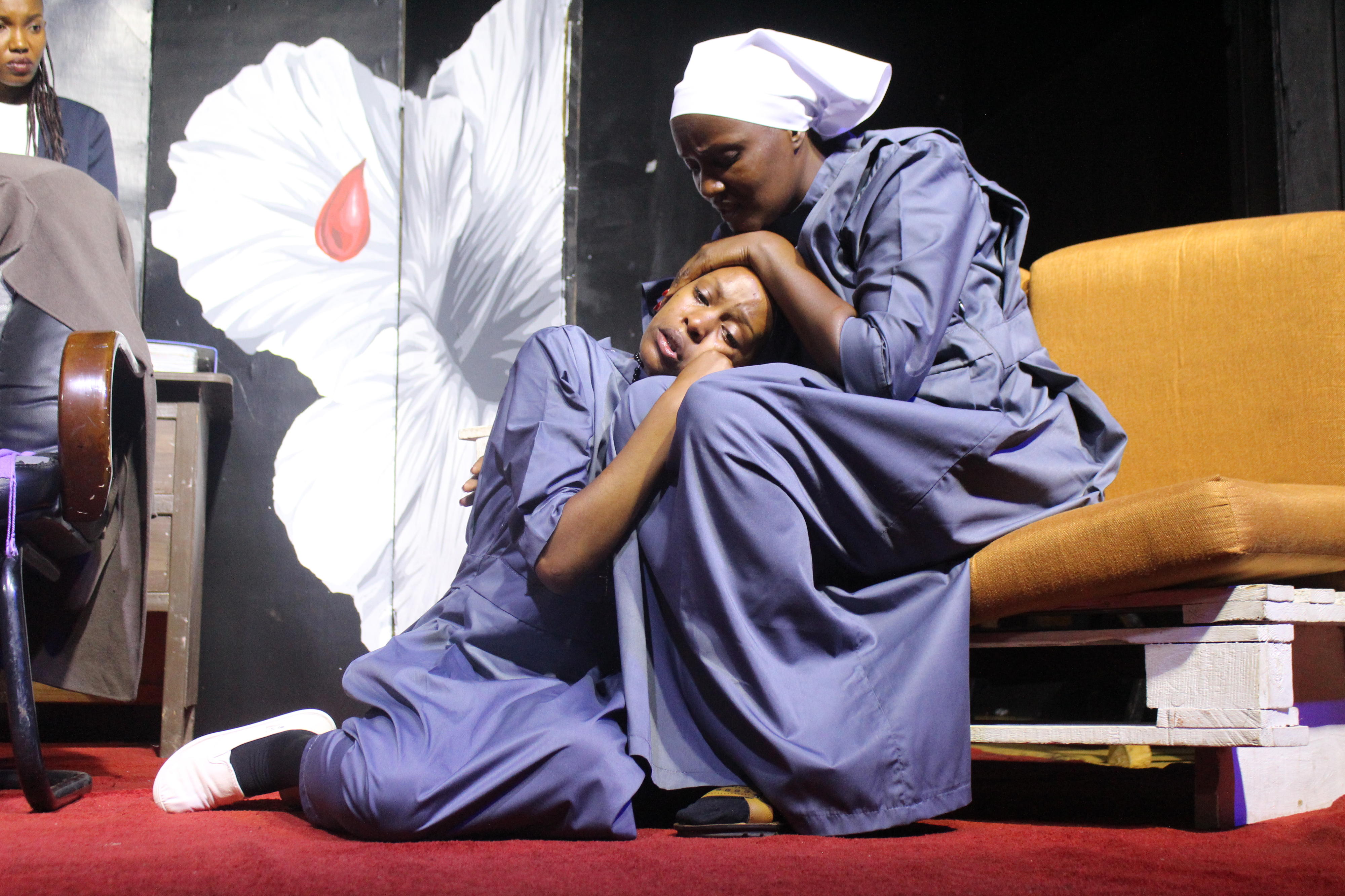 It had to be the most thrilling dramatic performance that I have seen in Nairobi for a very long time.

‘Blessed be the fruit’ brought together three of the most dynamic and finely-tuned female actors to Ukumbi Mdogo to keep us riveted to our seats as we watched Martin Kigondu’s marvellous adaptation of the award-winning play, Agnes of God.

I sat on the edge of my seat watching psychiatrist Dr Martha (Hellena Waithera) try to get to the bottom of a most peculiar case. She had been called by the court to investigate the novice nun, Agnes (Lorna Lemi) who had been found bloodied, unconscious, but nearby a dead baby, presumably her own.

It was also presumed someone had hidden the dead child who had been found with its umbilical cord wrapped around its neck and stashed away so as not to be easily found.

The novice was yet to be charged. The Shrink was given the consequential task of determining whether the baby’s death was murder or mishap and whether Agnes should go to jail or a mental institution.

Yet Dr Martha’s task turns out to be worse than pulling teeth. It was complicated not only because Agnes claimed she didn’t remember a thing, neither the baby’s birth nor her pregnancy. Not even an intimate encounter with a man.

At the outset, Agnes barely speaks. She looks fearful and frail.

In contrast, is her Mother Superior Ruth Mary (Marrianne Nungo) who is tough as nails when it comes to her insistence that Agnes is innocent of all these deeds. Mother is a cagey character who is also a deeply devout Catholic and knows the Church’s reputation is also on the line. She does everything in her power to avert a spotlight focused on Agnes and the gruesome details of her past.

The cryptic style of the Mother’s defense of Agnes’s innocence leads the Shrink to suspect the Mother might even have a hand in this unusual cover-up, now partially exposed.

Indeed, no one is forthcoming in offering straightforward replies to Martha’s incisive questions. But the Shrink refuses to stop. Thus, a stealthy mental war between her and the Mother ensues. It is fascinating to watch as we see Nungo at her best, being bold yet feminine, righteous but not pious, despite being the Mother Superior overseeing Agnes’s piety which has been sullied by the man who impregnated her.

The women’s tug of war to find the truth is intense. But it leads the sleuthing Shrink to turn to hypnosis to reach more deeply into Agnes’s mind where the truth must lie.

But now we see the intense resistance of the novice who has blocked out not only the baby but also her ugly upbringing by a sick mother who used to molest and beat her and not even allows her to go to school.

It is no wonder Agnes is pathetic. But she also has a resilient mental might that Lorna reveals in a stunning performance that is just as spine-tingling and powerful as Marrianne’s enigmatic Mother Superior. All three women do justice to this deeply disturbing psychological play, which we rarely see done so masterfully.

The show would not have had the same mental mastery if it hadn’t been for Martin Kigondu’s directing. He knew what exactly he wanted to emerge from this play and his actors provided it impeccably.

Under hypnosis, Agnes reveals that she had not only been molested by her mother and told she was nothing and nobody from the moment she gained consciousness. This traumatized child was played with delicacy and a determination to finally reclaim her agency when she admits she killed the newborn. But did she?

Her confession under Martha’s hypnotic spell leads to Nungo’s crescendo moment when Agnes’s words set off an emotional volcano that somehow makes us believe the Mother was not a baby-killer, only a domineering presence and defender of her church and the novice nun.

Ultimately, Dr Martha lets us down when she says she recused herself from the case rather than pass judgment on either Agnes or the Church. The Court was left to decide that Agnes would go to a mental institution where she eventually dies.

One can only wish there had been a happier ending to the story or at least one with a resolution. Instead, this ‘fruit’ is bittersweet but still a remarkable tale that had to be told.