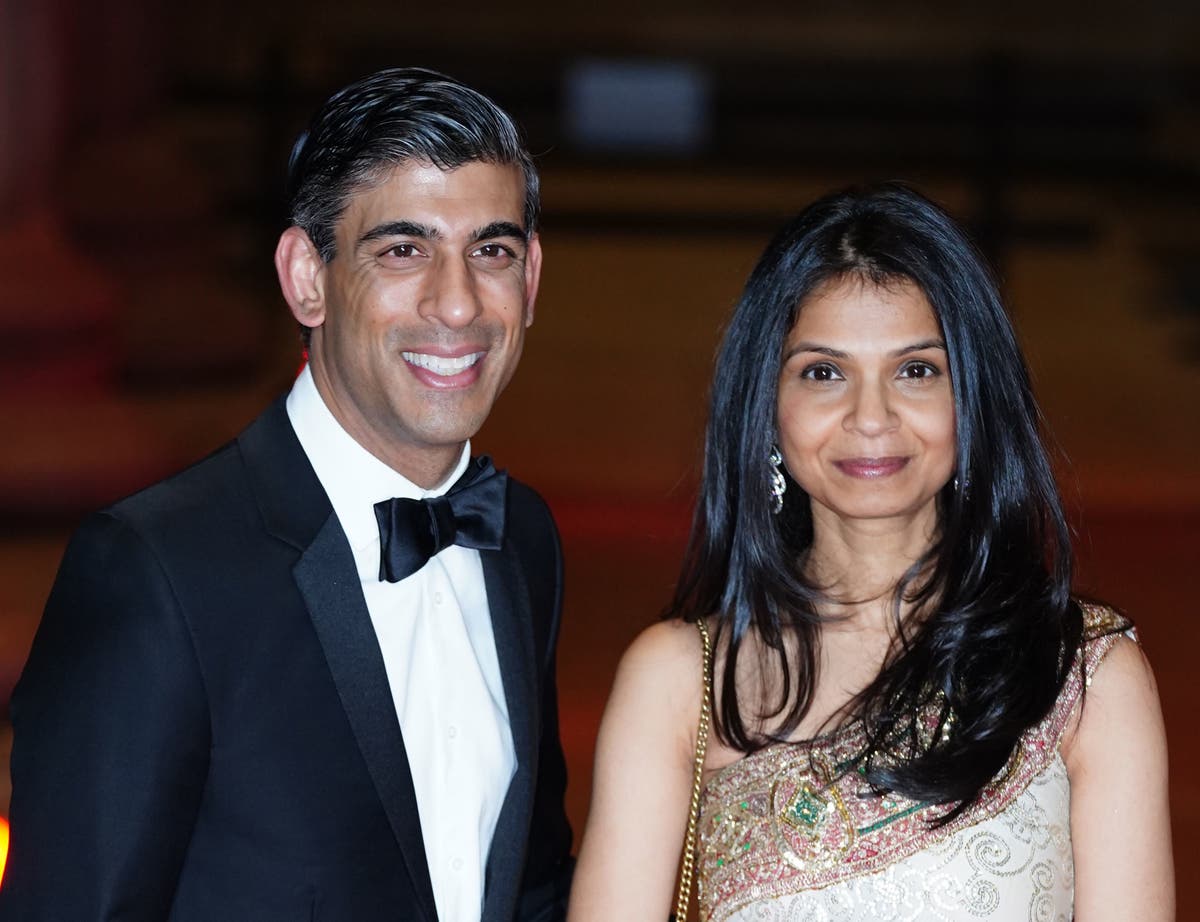 Pressure is growing on Rishi Sunak and his wife to come clean on details of their tax affairs after The Independent revealed she uses the controversial tax-avoiding non-dom status.

Opposition parties joined forces to demand answers from the chancellor after it emerged Akshata Murty pays no UK tax on her huge foreign earnings, which is believed to save her many millions of pounds.

Tax lawyers also dismissed Ms Murty’s claim that her non-dom status is a consequence of her Indian citizenship, pointing out that she has chosen to adopt it.

Condemning what he said was “breathtaking hypocrisy”, Sir Keir Starmer called for answers about “what schemes she may have been using to reduce her own tax”, a demand echoed by the Liberal Democrats and the Scottish National Party.

Labor sent 12 detailed questions to Mr Sunak, demanding he come clean about how much tax his wife has avoided – and whether the chancellor has gained personally.

Ministers earlier attempted a fightback, condemning what one called “malicious attacks” on a private citizen, while another accused Labor of believing that “wives are merely an extension of their husbands”.

Mr Sunak broke his silence on Thursday night to accuse Labor of running a smear campaign against his family, adding: “To smear my wife to get at me is awful, right?”

The chancellor told The Sun.: “I appreciate that in the past British people were trying to use [non-dom status] to basically not pay any tax in the UK. I can see that from my inbox, right? That’s a very clear perception.

“But that’s not the case here. She’s not a British citizen. She’s from another country. She’s from India. That’s where her family is … that’s where she, you know, ultimately will want to go and look after her parents as they get older.

Earlier on Thursday, Boris Johnson ducked questions about the controversy, arguing: “I think it is very important in politics, if you possibly can, to try and keep people’s families out of it.”

In Labor’s letter to Mr Sunak, the chancellor was urged to open up about whether Ms Murty uses the “remittance basis” to claim non-dom status and avoid UK tax on foreign income, as experts have suggested. This would confirm her status to be an “active choice”, Labor said.

In addition, the party has demanded to know whether she pays tax in India, or in a tax haven in order to minimize her bills.

The chancellor was also asked to set out what measures are in place to “ensure [he is] not involved in Treasury discussions around potential amendments to the non-domicile status rules ”.

“As chancellor it is crucial you both follow the rules and lead by example,” said the letter, which was written by James Murray, a Labor Treasury spokesperson.

Christine Jardine, the Lib Dem Treasury spokesperson, said of Mr Sunak: “It would be a scandal if his household were to have benefited from overseas tax havens.”

And Kirsten Oswald, the SNP’s deputy Westminster leader, said: “There are a whole host of questions the chancellor must now answer, including exactly how much he and his family have benefited.”

Ms Murty, the daughter of an Indian billionaire, holds investments in a range of companies, including a 0.93 stake in the tech firm Infosys, which is thought to have paid dividends of around £ 11.6m in the past year.

As a non-dom, she could have avoided a tax bill of around £ 4.4m before any tax liabilities overseas – in return for paying an annual £ 30,000 charge in this country.

Ms Murty’s spokesperson has not disputed that she has opted for the “remittance basis”, acknowledging that she pays only foreign tax on her foreign earnings. The spokesperson has also declined to disclose whether she is domiciled for tax purposes in India or takes advantage of tax havens.

The Treasury said Mr Sunak had declared his wife’s tax status to the Cabinet Office when he became a minister in 2018, and to his current department when he joined it, initially as chief secretary, a year later.

Two senior Treasury officials, along with an additional official who often works with the department, said they had not been informed of the chancellor’s potential conflict of interest arising from his immediate family’s use of non-dom tax status.

One senior official said that, in their view, “there was good reason to share this information more widely to leaders of relevant policy teams”.

A second added that they felt “uncomfortable about the implications” of not having been made aware of the use of non-dom status by the chancellor’s wife.

A Treasury spokesperson said: “The chancellor provided a full list of all relevant interests when he first became a minister in 2018, as required by the ministerial code. The independent adviser on ministers’ interests has confirmed that they are completely satisfied with the steps the chancellor has taken to meet the requirements of the code. ”