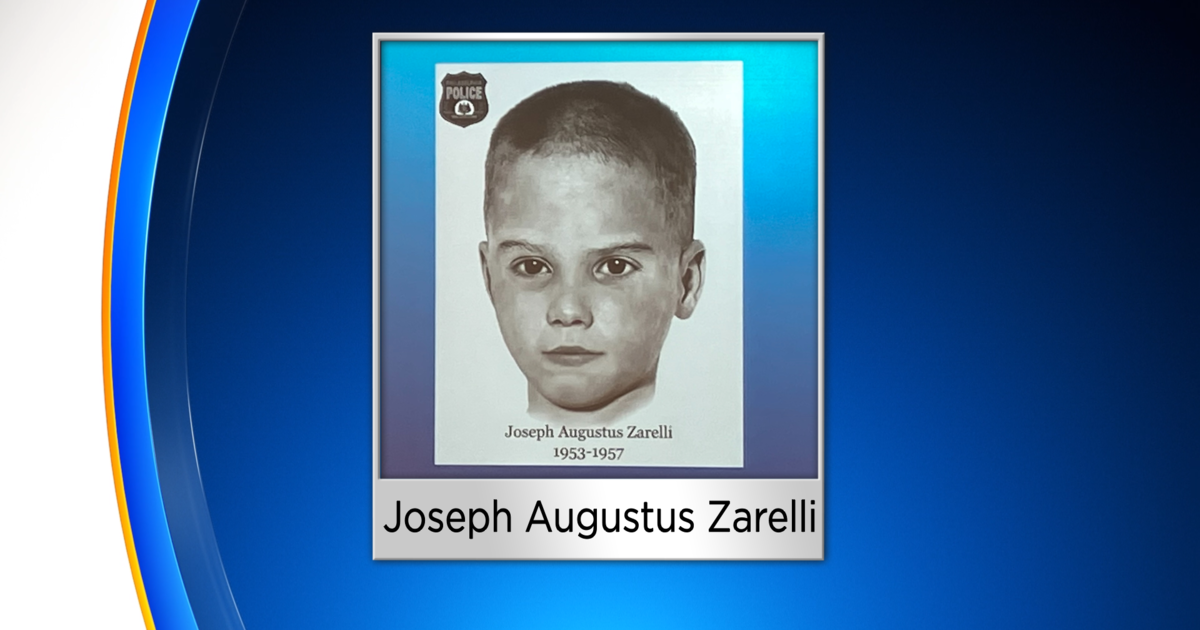 More than six decades after a young boy was found dead inside a bassinet box that had been abandoned on a road in Philadelphia, police have publicly identified his remains.

During a news conference held on Thursday morning, authorities announced that the child, who over the years came to be known as “The Boy in the Box,” was 4-year-old Joseph Augustus Zarelli. His body was initially found in February 1957, wrapped in a blanket and placed inside a cardboard box left in a wooded part of northeastern Philadelphia, according to the National Center for Missing and Exploited Children.

Officials say the child appeared to be malnourished when his remains were discovered, he had several scars on his body and his hair seemed to have been crudely cut short not long before. The state of his remains prevented investigators from determining the boy’s exact age, which was previously estimated to be between four and 6 years old, until recently. Plus, despite ongoing public interest in the case, which is now considered one of Philadelphia’s oldest and most mysterious unsolved homicides, Zarelli’s parents never came forward to claim him after the brutal murder.

Police said Thursday that they were eventually able to identify Zarelli’s remains using a combination of detective work and DNA analysis, which allowed them to cross-check DNA profiles in a genealogy database.

“For 65 years, the story of who would come to be known as America’s unknown child has haunted this community,” said Philadelphia Police Commissioner Danielle Outlaw at the morning news conference. “The Philadelphia Police Department, our nation and the world. When people think about The Boy in the Box, a profound sadness is felt. Not just because a child was murdered but because his entire identity and his rightful claim to own his existence was taken away.”

Outlaw noted that the police announcement “closes one chapter in the deceased boy’s story, while opening up a new one,” since the longstanding cold case remains unsolved. An active homicide investigation is still underway as authorities continue to search for a suspect, the police commissioner said.

Police are offering a $20,000 reward to anyone who can provide information leading to the arrest and conviction of a suspect.