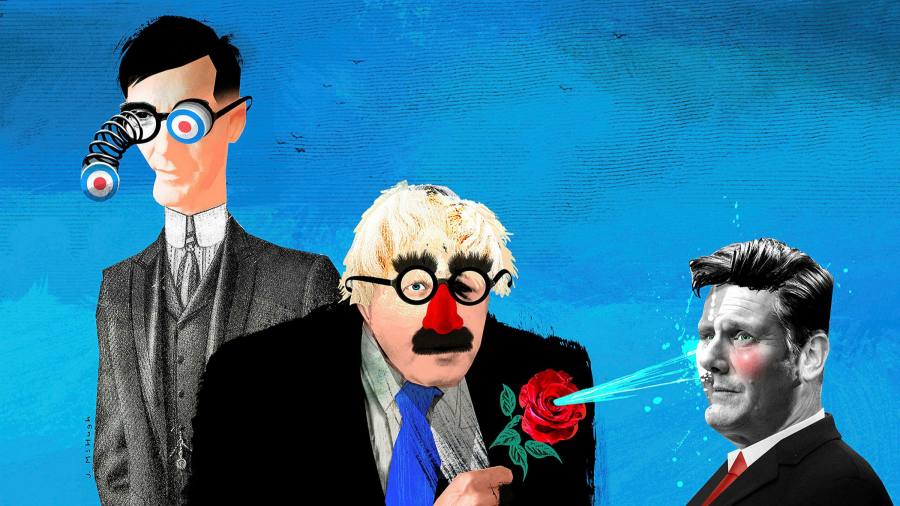 In the week after April Fool’s day, I am usually still reeling from the terrible pranks my family play on me. But this year, it feels like my relatives have been outdone by the pranksters who run the country and the daily satire that is British politics.

In the past week, 20 government staff have been fined by the police for attending lockdown parties. One was the head of “propriety and ethics”. Another ran the Covid task force which drew up the coronavirus restrictions. You could not make it up. Except that they do, all the time. The prime minister, we are now told, was given the wrong information by staff about whether parties were held. So he did not mislead parliament, despite having attended some of the events himself.

I can accept that some of these gatherings may just have been colleagues opening a bottle after working together all day. Certainly, Whitehall in the pandemic felt like an island in a hurricane. What I can not bear, though, are pious homilies telling us to ignore events which featured karaoke machines and drunken fights because, according to Jacob Rees-Mogg, this is “not the most important issue in the world”, and the Covid rules were “unkind and inhuman”. Yes they were – which is why the public is still angry that those who imposed them broke them.

Rees-Mogg is the high priest of this government, regularly “slapped down” by Number 10 while actually doing its bidding. Asking us not to get puritanical is breathtaking hypocrisy from a government which imposed the most draconian restrictions on liberty in peacetime. Whose home secretary urged people to call the police if they saw neighbors breaking the rules. Whose press secretary was visibly horrified when asked by aides what to say if anyone found out about the Christmas party in Downing Street. Which is now pretending it does not matter, because the prime minister apparently was not in charge.

Almost everywhere you look, the hokey-kokey of fudge and doublespeak continues. Boris Johnson attacks P&O Ferries for sacking workers – but is dropping the employment bill which could have closed the loophole which made that legal. He promises to cut taxes, while raising taxes and spending to almost unprecedented levels. He talks about free speech, while legislating against protest. He takes one stance on gay conversion therapy, then changes within a day.

The global pandemic threw everyone off course. But a year on from the commendable vaccine rollout, no one knows what this government is for. Privatising Channel 4 is a marginal issue at best; so is ID cards for voters. The effects of drift are corrosive. Civil servants are demoralized, no longer knowing what their masters want or when they will next change their minds. Conservative peers are increasingly disaffected and abstaining, leaving the unelected Lords to inflict the greatest number of defeats on any government since 1975. One investor told me recently that he is getting tired of being asked to suspend disbelief. Inconsistent policy undermines business confidence.

Unkind souls might cast Rees-Mogg’s new title, Minister of State for Brexit opportunities, as a piece of Orwellian doublespeak. But most of us do actually want the government to make a success of Brexit. Indeed, we assumed this would be its animating force. Instead, we are faced with a rag-bag of policies which are bewildering unless you see them through the lens of Operation Save Big Dog: the endless drive to shore up Boris Johnson.

Extensive jokes the prime minister told at a recent dinner for MPs were taken as proof of his burgeoning confidence that he will survive. That’s not quite accurate. He is buoyed by positive coverage of his efforts on Ukraine and by the plummeting popularity of Chancellor Rishi Sunak, who stands accused of failing to do enough for the poor while his wife has beneficial tax status as a non-dom. But the defiance masks the knowledge that he is deeply distrusted.

Had Sue Gray’s report into Downing Street parties been published in February, Conservative MPs would probably have mustered enough signatories to call a vote of no confidence. The threat has receded because the Gray report was delayed by the eleventh-hour Metropolitan Police decision to investigate, and is now conveniently expected not to land until after the May local elections. Although the Conservatives expect to fare badly in those elections, especially in London where they could even lose the flagship borough of Wandsworth, Johnson’s allies will pass this off as a midterm bump in the road.

Johnson will survive partygate. His staff think he’s unlikely even to get a fine. But the real consequence of all of this is that a leader elected with an 80-seat majority, who could use that power to do almost anything, is now a hostage to his own MPs. Since February, Downing Street has brought in a chief of staff and head of policy who are both MPs, and launched a charm offensive within the party which means, one MP told me, “you can get almost anything, as long as you’re the last person to speak to him ”. Hence the wars on the BBC and Channel 4, which are old Tory chestnuts. Hence the strange absence of onshore wind turbines from the new energy strategy, and the change of heart on conversion therapy after a backlash.

There’s nothing wrong with listening to the parliamentary party. But you can not please all the people all the time. If to govern is to choose, a prime minister who keeps dodging is not really governing. Meanwhile, he continues to take us all for fools.