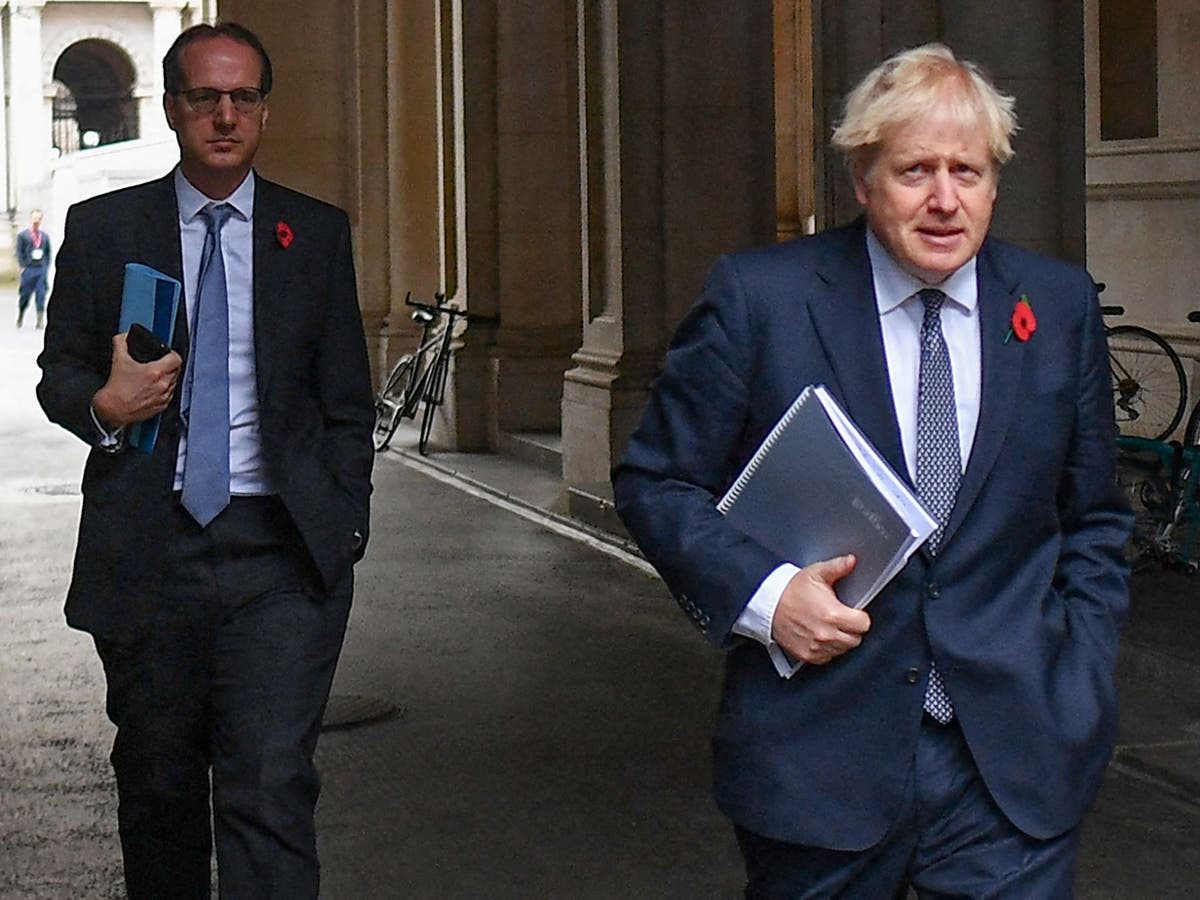 Boris Johnson faces a tough PMQ later today, with Labor leader Keir Starmer expected to ask the Prime Minister for reports that he was attending an illegal party in the garden at No. 10 below the height of the first lockdown.

The growing scandal has led some Tories to turn against Mr Johnson, including Conservative MP Nigel Mills, who said the prime minister’s position would be “unsustainable” if he broke the law.

This comes as The independent heard allegations that Downing Street staff were asked to “clean up” their phones by removing potential evidence of parties held at No. 10.

In response to this exclusive story, Peter Cardwell, former special adviser to both Boris Johnson and Theresa May, said: “If someone deletes any information, it is very unethical and possibly criminal, and they should definitely not do that,” he said.

Downing Street has so far declined to comment on reports that 100 people were invited to a rally on May 20, 2020. It is understood that up to 30 people attended the event, and several sources said the prime minister was among them.

It has two sources told The independent that 10 employees were ordered to “clean up” their phones in the middle of a Downing Street party investigation.

A senior employee told them “to get rid of anything that might look bad”, a source claimed.

My colleague Anna Isak has this exclusive story:

See: The Prime Minister’s position is ‘unsustainable’ if he attended the lockdown party, says the Conservative MP

Tories are angry over the government’s silence over the lockdown-breaking Downing Street party, believed to have been held on May 20, 2020.

Conservative MP Nigel Mills is among those who believe the prime minister will have to resign if he attended the big rally:

Boris Johnson’s attitude ‘unsustainable’ if he attended the No10 party, says Tory MP

The government has refused to send ministers on media during this morning amid the “partygate” scandal, TV companies have revealed.

Radio 4 says “no minister available” for the Today show in the middle of a No. 10 party scandal

The prime minister’s position ‘unsustainable’ if he attended the party, says Tory MP.

Conservative MP Nigel Mills has warned that Boris Johnson’s position would be “unsustainable” if he deliberately attended a “bring your own booze” party in the No. 10 garden in violation of Covid rules.

“If the Prime Minister deliberately attended a party, I do not see how he can survive having accepted dismissals for much less,” he told BBC Newsnight.

“He accepted the resignation of his spokesman (Allegra Stratton) not to attend the party, but to have fun with it at a time with much lighter restrictions. I just think that is untenable.”

Mills added: “I do not think we need an inquiry to find out if the Prime Minister was there. He knows if he was there or not. Just come out and say what happened.”

The prime minister ‘must answer’ whether he attended the party, says the former adviser

Peter Cardwell, former special adviser to both Boris Johnson and Theresa May, says the prime minister should “be on par with the country” and say whether he attended the drinks events in May 2020. “

Keir Starmer only needs to ask the same question six times – did you attend the party on May 20, 2020, yes or no? – and Boris Johnson must give an answer, “he told Sky News on today’s PMQs.

He added: “If he says yes, it looks like he broke the rules and that he lied. If he says no, there were witnesses who said he was there.”

asked about The independent exclusive story that staff on Downing Street were advised to “clean up” their phones by removing information that could indicate that No. 10 lockdown parties were being held, Mr. Cardwell: “If someone deletes any information that is very unethical and possibly criminal and they absolutely should not do.”

He added: “Boris Johnson has made a career out of getting stuck in situations. Whether he gets out of this remains to be seen. The vultures are circling, but no one is stabbing them yet.”

Good morning and welcome back The independent live political coverage.

Today I want to bring you the latest on the Downing Street party scandal. With politicians across the Commons excited about this affair, Boris Johnson faces a very difficult PMQ at noon.