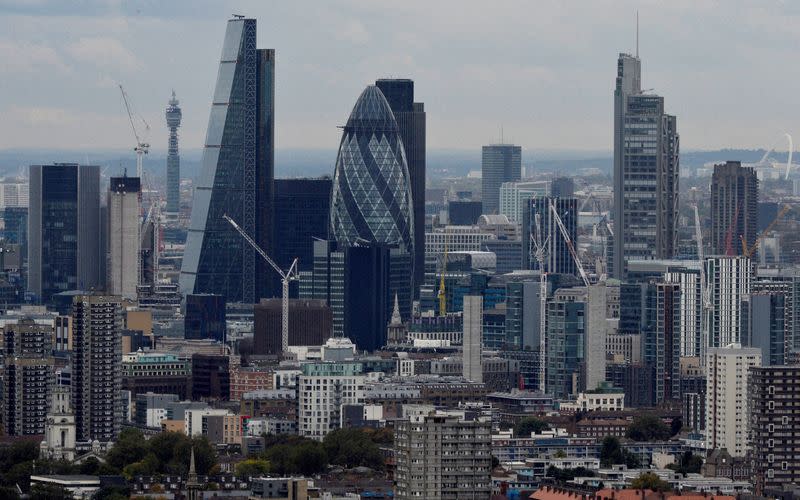 By Carolyn Cohn and Kirstin Ridley

LONDON (Reuters) – The war in Ukraine is making it hard for even unsanctioned Russians to sell exclusive residential property in Britain, adding to a shortage of supply that has helped drive up house prices in prime locations, real estate sources say.

Russian oligarchs, Middle Eastern oil barons and billionaire Chinese entrepreneurs have been on a spending spree on London real estate over the past three decades, snapping up trophy homes and high-end commercial property.

But the four-month-old invasion of Ukraine, which Russia calls a special military operation, has prompted Britain to slap sanctions on more than 1,100 Russians it says have ties to the Kremlin, spreading unease and freezing house sales in so-called Londongrad, agents say.

“There have definitely been a number of transactions that have not gone through, two in excess of 40 million pounds ($ 49 million),” said Charlie Willis, CEO of property broker The London Broker, adding that in both cases, the buyers were advised not to proceed “just because the seller was originally Russian”. He declined to give further details.

A widespread shortage of available properties has pushed up prime London prices by 4.7% since the invasion, according to agents Benham & Reeves, although prices in Belgravia and Knightsbridge – popular locations for Russians – have climbed slightly less, at 3.3%.

“The market’s being fueled by a lack of supply,” said Geoff Garrett, director at mortgage broker Henry Dannell.

The number of prime central London residential sales was down 30% between March and May compared to last year, though still up on pre-pandemic levels, according to property data firm LonRes.

Estate agent Aston Chase estimates there are over 150,000 Russians living in London who among them own eight billion pounds of real estate assets, businesses, and other investments in Britain.

But Mark Pollack, Aston Chase’s co-founder, says wealthy Russians are increasingly cautious about being caught up in the web of sanctions.

“Russians aren’t buying (in the same way) and they are not selling, not necessarily because they do not want to in some instances, but because they probably can not or it might be sensible to hope the … dust settles, “he said.

Henry Sherwood, managing director of The Buying Agents, which focuses on properties starting at around five million pounds, said the crack down had helped dash hopes the war and sanctions might lead to a flurry of cut-price Russian sales.

At the beginning of the war, “we had people ringing up saying: ‘Have you got any Russians selling?’,” He said.

One unsanctioned Russian failed to secure three lawyers before finding one willing to help him sell an expensive London property, a senior executive at a property development firm on the other side of the deal told Reuters.

Russian tenants including students are also finding it hard to transfer funds due to sanctions, forcing them to withdraw from the market in London, said Marc von Grundherr, director at Benham & Reeves.

Unprecedented Western sanctions on Moscow, the withdrawal from Russia of scores of Western companies and pressure on London’s advisory companies to cut links with Russian clients have driven some Russian buyers to friendlier property hotspots such as Dubai or Istanbul.

One Russian client, Pollack said, had pulled out of buying an 18 million pound London apartment when Russian tanks rolled into Ukraine in February because they were nervous about the political rhetoric in Britain. They still want a London home, but have halved their budget, he said.

But buyers from other regions are helping to keep the London market buoyant.

International buyers have accounted for at least a third of property purchases in prime central London locations in every quarter between 2011 and 2019, according to data from Statista.

Vic Chhabria, managing director at agent London Real Estate Office, which specializes in new constructions as well as high-rise condominiums and luxury homes, said his appointment diary was full, with most interest from buyers in Singapore, Hong Kong and Mumbai willing to spend between two and 20 million pounds.

A prolonged war, tighter regulation, rising interest rates, raging inflation and brutal stock market drops could still take the heat out of some of that growth, agents added.

“The property market has been flying over the course of the last two to three years,” said Garrett. “All of these cycles have to slow.”