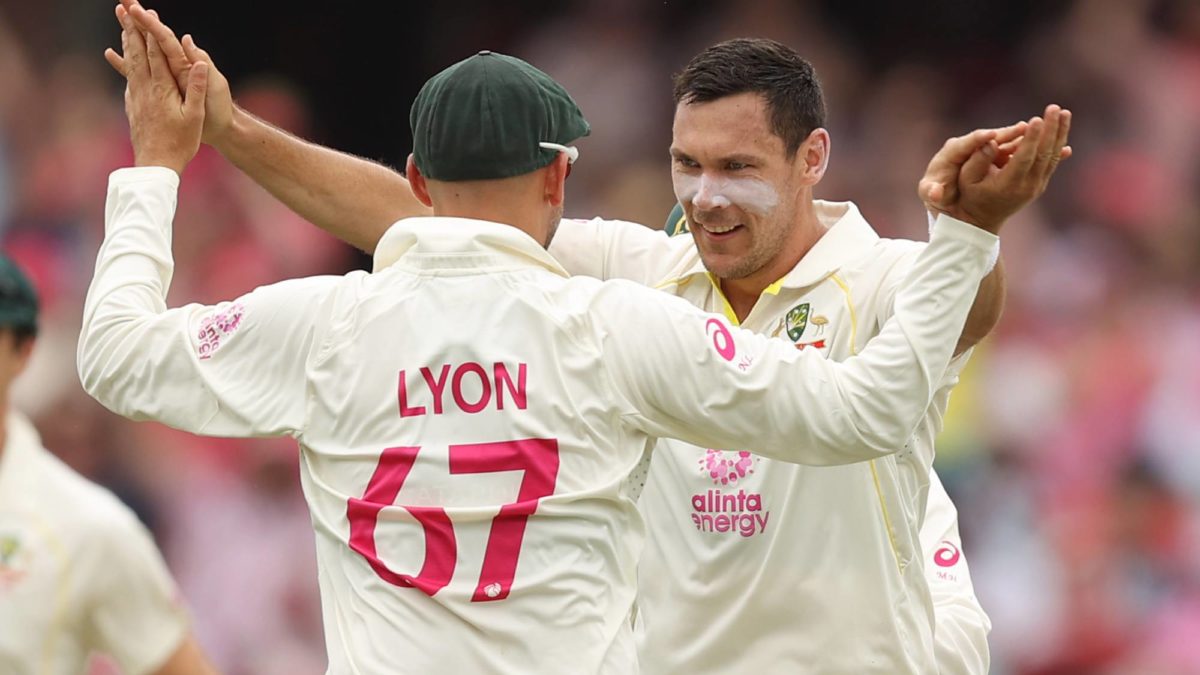 That is according to a man who should know, with former Adelaide Oval curator Nathan Lyon spotting the similarities between the two grounds.

Australian cricket remains abuzz with the prospect of speedster Lance Morris making his debut in Adelaide, after he was called into the squad as cover for the quicks.

But the smart money is on Boland playing if Cummins does not recover from a quad injury in time for the start of the day-night Test in Adelaide.

Picked for his good record at the MCG in last year’s Boxing Day Test against England, Boland finished last summer with the outrageous career figures of 18 Test wickets at 9.55. 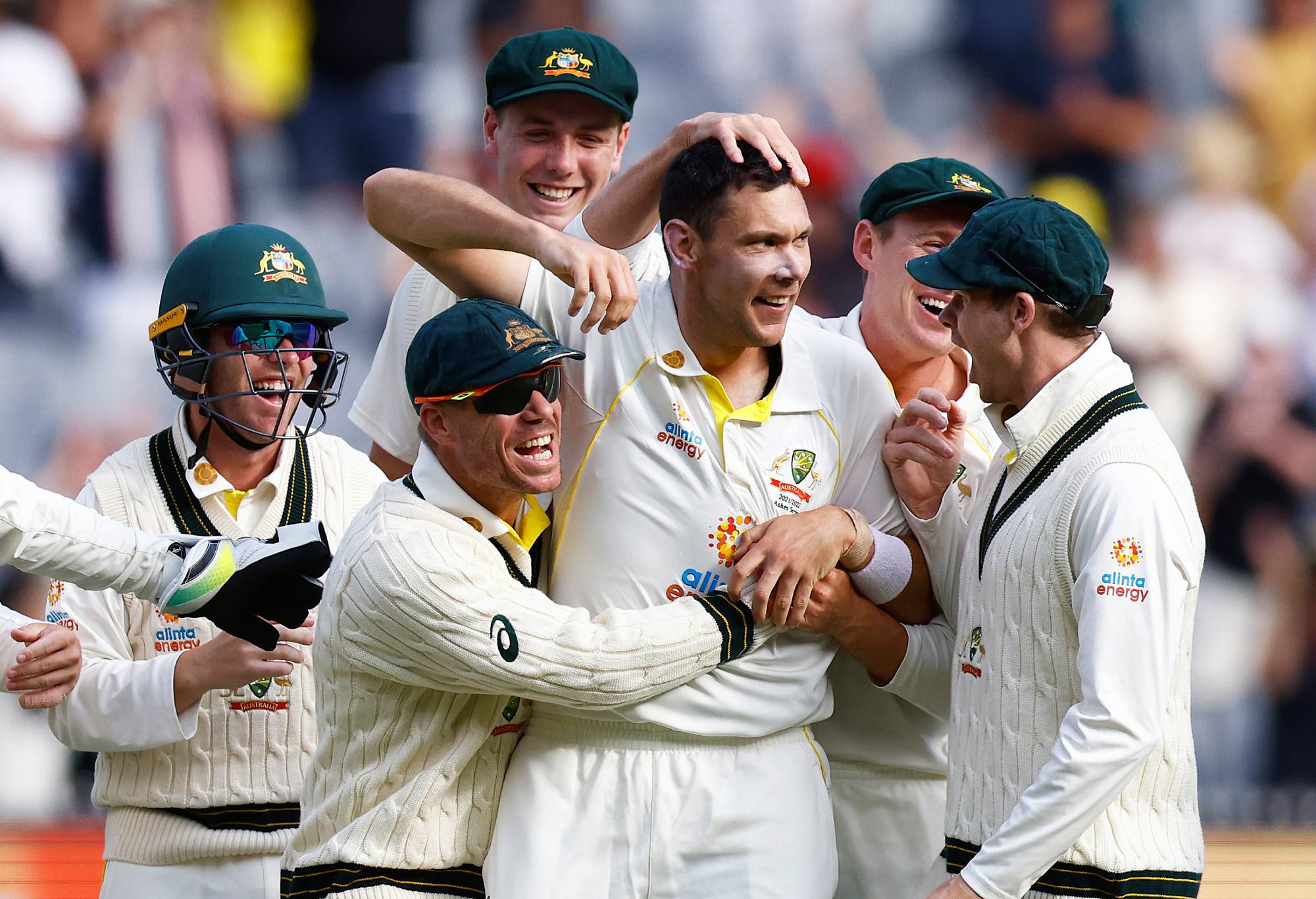 The Victorian, who also had a return of 4-51 with the pink ball in Hobart last summer, was the initial back-up option in the Test squad for the series against West Indies.

As for whether the skills he showed in Melbourne were transferable to the drop-in wicket in Adelaide, Lyon had no doubt.

“It’s pretty similar to be honest,” the spinner said, adding he would not be surprised if Adelaide curator and Lyon’s former boss Damian Hough “had some conversations with the Melbourne curators about how to do drop-in wickets to his level”.

“That wicket last year was pretty similar to an Adelaide wicket. It’s probably the closest a drop-in MCG wicket has been,” Lyon explained.

“So I am expecting pretty similar things if Scott gets the opportunity with the pink ball. I don’t think many things will change. His confidence is up and so it should be.”

Lyon also said Boland was a much more confident player now, after touring with Australia in Pakistan and Sri Lanka.

“His skill set has always been at the top in my eyes,” he said.

“He hits me in the pad for fun when I play him in state cricket. But what I see in Scott now is his confidence level has gone up a little.”

Australia were due to have their first training session under lights in Adelaide on Tuesday, with all eyes on what involvement Cummins would have after not bowling in the second innings of the first Test.

Fellow quicks Josh Hazlewood and Mitchell Starc were expected to have a light run, with Morris or Michael Neser likely to be used in the Test if one of the pair does not pull up well on the short turnaround.

Both bowled in excess of 40 overs in Perth, and Australia does not have more than a four-day gap between any Tests this summer.

“I played against (Morris) a couple of weeks ago and he bowls fast,” Lyon said.

“He has every chance of playing as well. His skill set is up there with the best. It’s all about him having this opportunity to learn.”

Poms do Aussies a favour

Australia’s path to the World Test Championship final is a little clearer with wins through the rest of the home summer now enough to wrap up a spot before going to India.

Pat Cummins’ team had always been in the box seat to reach the 2023 decider after a big 2022, but England’s thrilling final-hour win over Pakistan on Monday has now made that easier.

Pakistan’s loss means that Australia are four wins away from reaching the decider at The Oval next June, with a percentage of 63 now enough to guarantee qualification.

That means it could in theory come during the home summer, with one match against West Indies before three against South Africa in Brisbane, Melbourne and Sydney.

Such an outcome would be a massive boost for Australia, given their recent record in India where they have won just one series in the past 52 years.

Players have spoken at length about their desire to reach this year’s final, after being denied a spot in the 2021 decider due to a four-point penalty for slow over-rates.

“It felt like a big missed opportunity that first one,” Cummins said last week. “It probably didn’t hit us until the game was actually played and you saw over there New Zealand did well and you wish you were there.

“So it feels like second time around it’s got a little bit more on it.” 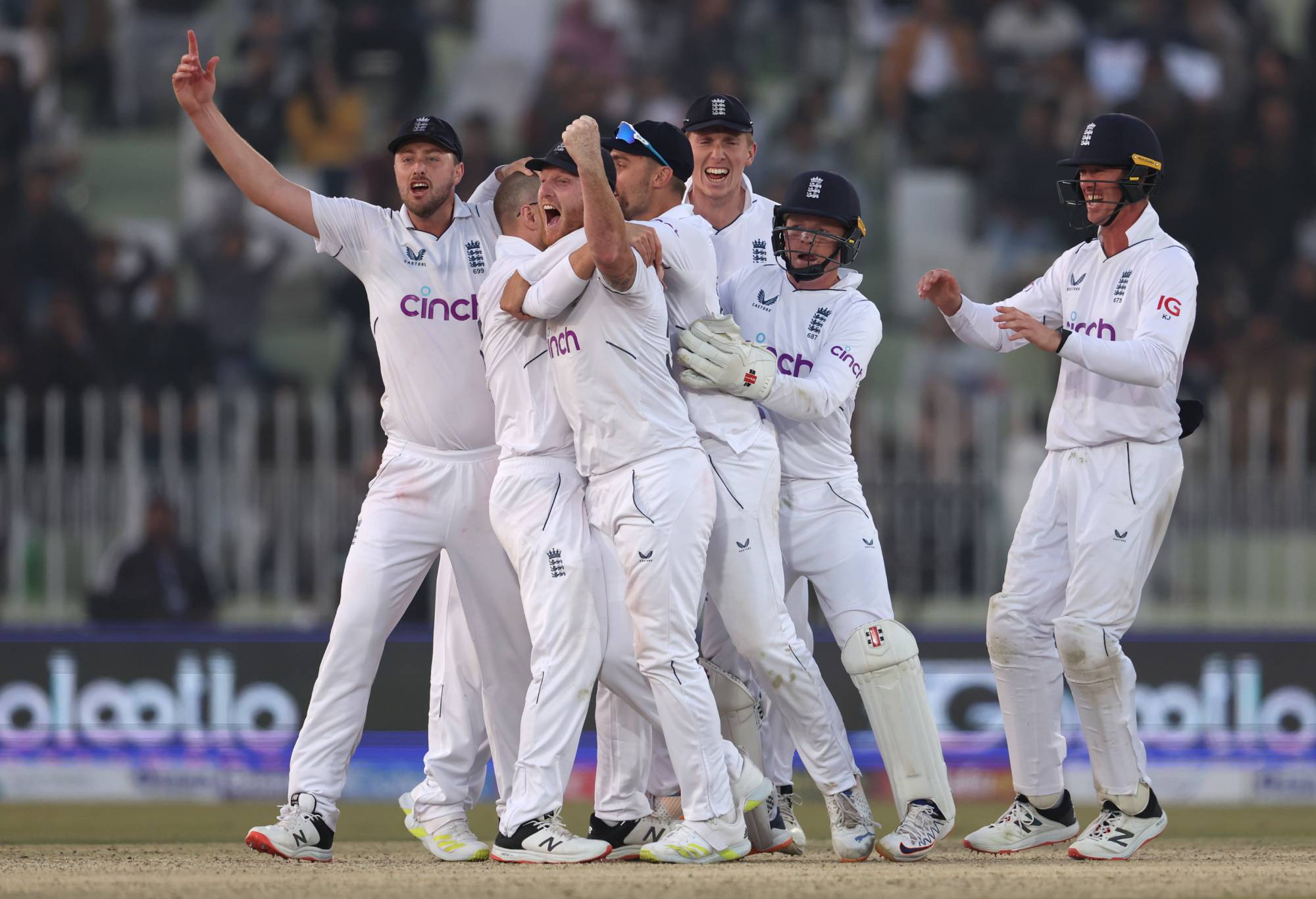 If Australia do qualify, it will make next year’s trip to England for the Ashes a six-Test tour with the WTC final currently slated for June 6-11.

The first Ashes Test would then follow from June 16 at Edgbaston.

Other scenarios that allows Australia to progress would include losing a Test to South Africa or West Indies, but winning at least one of the four matches in India.

Drawing once at home this summer as well as one in India would also allow Cummins’ men to go through, provided other likely results go in their favour.

That would include Pakistan not winning both of their remaining Tests against England, or New Zealand drawing or winning at least one Test at home this summer against Pakistan and fellow contenders Sri Lanka.

The Test Championship final is contested by the two top teams from the 2021-23 cycle, with the table sorted by a percentage scored from all points available to a side.

Peter Handscomb hopes his weight of runs can open the door for an Australian Test recall but concedes selection on the tour to India is largely out of his hands.

Handscomb will get one final chance to push his case when he leads a Cricket Australia XI against South Africa, starting in Brisbane on Friday.

The 31-year-old will then swap the whites for coloured kit, having signed a late deal to join the Melbourne Renegades for the upcoming BBL season.

Handscomb has not featured in the Test arena since being dropped almost four years ago.

But the Victoria captain has starred in this summer’s Sheffield Shield, leading all run-scorers with 562 runs at 93.66, and notched a pair of half-centuries for the Prime Minister’s XI against West Indies last month.

“I’m thereabouts … so the conversations (with Test selectors) are promising,” Handscomb told reporters on Tuesday. 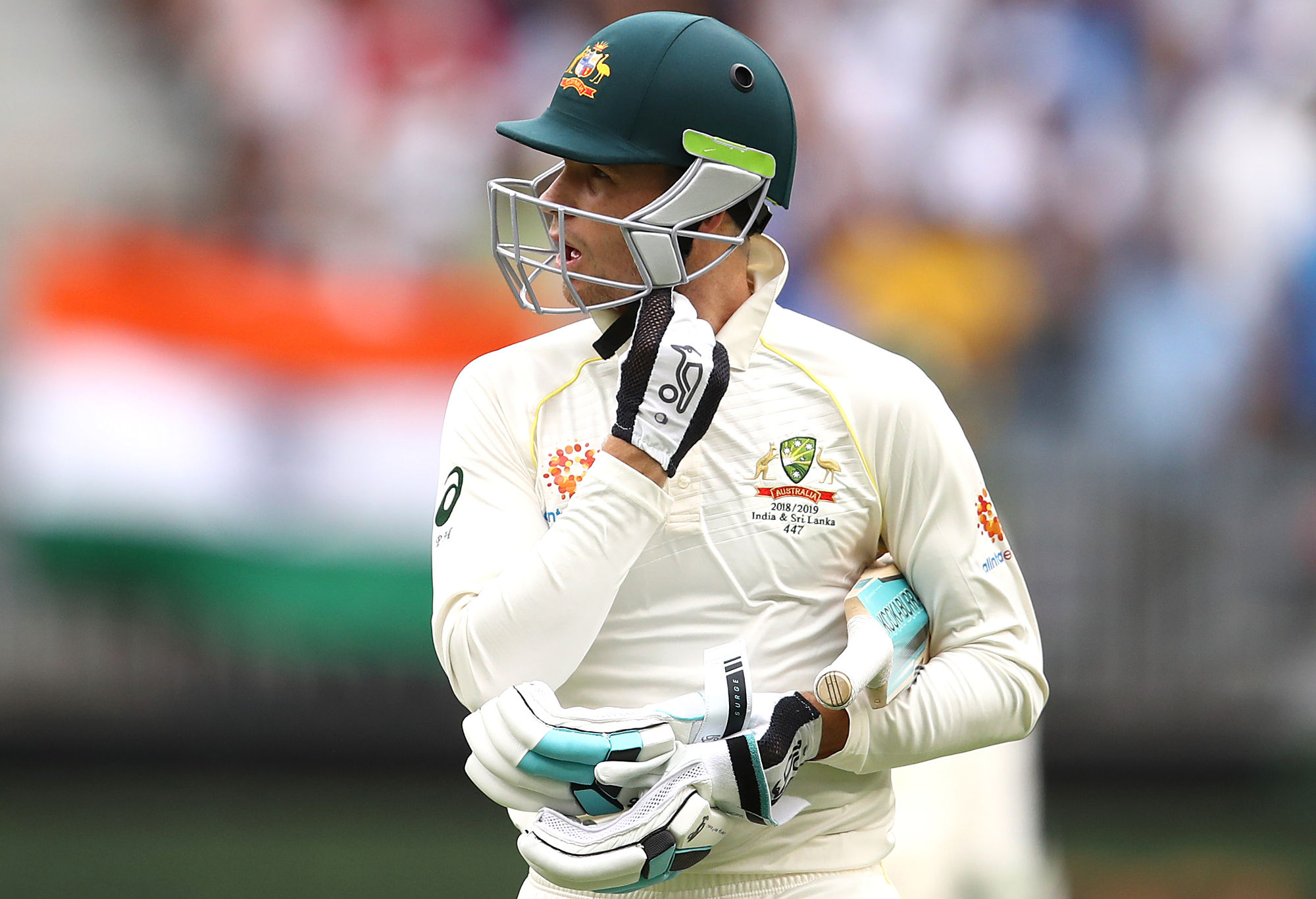 “But you’ve also got to look at the Test squad as well and there are guys that are in front of me and there are batters doing pretty impressive things.

“I can score as many runs as I want but there still needs to be a spot at the next level, and at the moment they’re playing pretty good cricket.”

Known for his ability to play spin, the right-hander’s best chance of a recall for the India tour would come if selectors do not back Travis Head to return to the sub-continent after his tough tours of Sri Lanka and Pakistan this year.

Handscomb’s versatility as a capable wicketkeeper could also play into his hands.

“All you can do as a batter is force your way in through weight of numbers,” Handscomb said.

“I pick up the gloves just to make sure that they also know that I’m still available as a back-up ‘keeper, or can take them if need be. That’s also an important skill to have in your bag.” 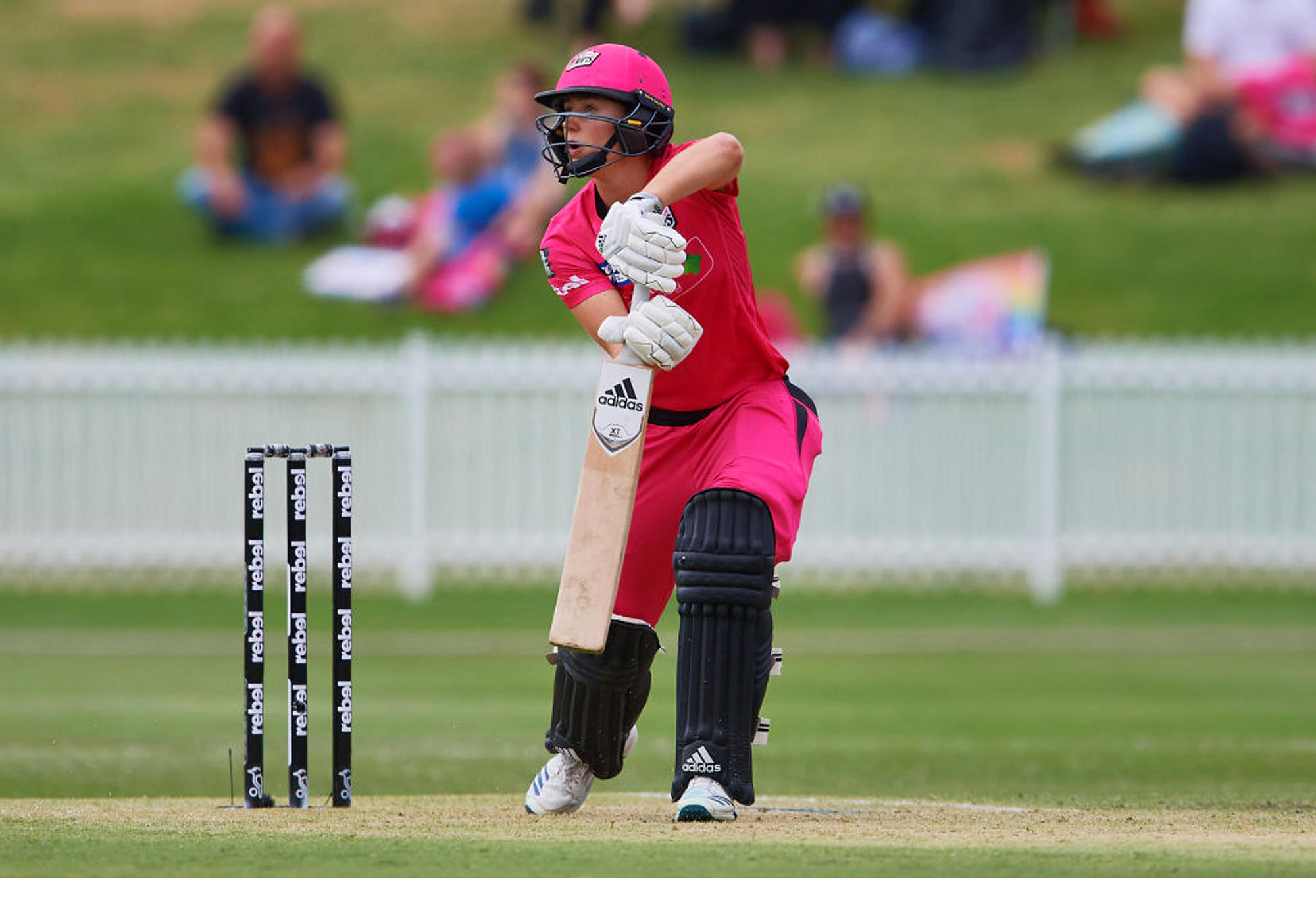 Australian superstar Ellyse Perry has been hit with a one-match WBBL ban for slow over rates following the Sydney Sixers’ loss in the competition decider.

The Sixers’ captain will miss the first game of the next WBBL season after receiving a third strike from officials for slow over rates.

The Sydney franchise were deemed to be one over behind the expected rate in their final loss to the Adelaide Strikers last month.

Perry and Sixers hierarchy have opted not to challenge the penalty.

The Sixers suffered a 10-run defeat in the decider at North Sydney Oval after finishing the regular season on top of the ladder.

The legendary allrounder is currently in India as the Australia team prepares for a five-game Twenty20 series starting in Mumbai on Friday.


ChatGPT Explained: Why OpenAI’s Chatbot Is So Mind-Blowing