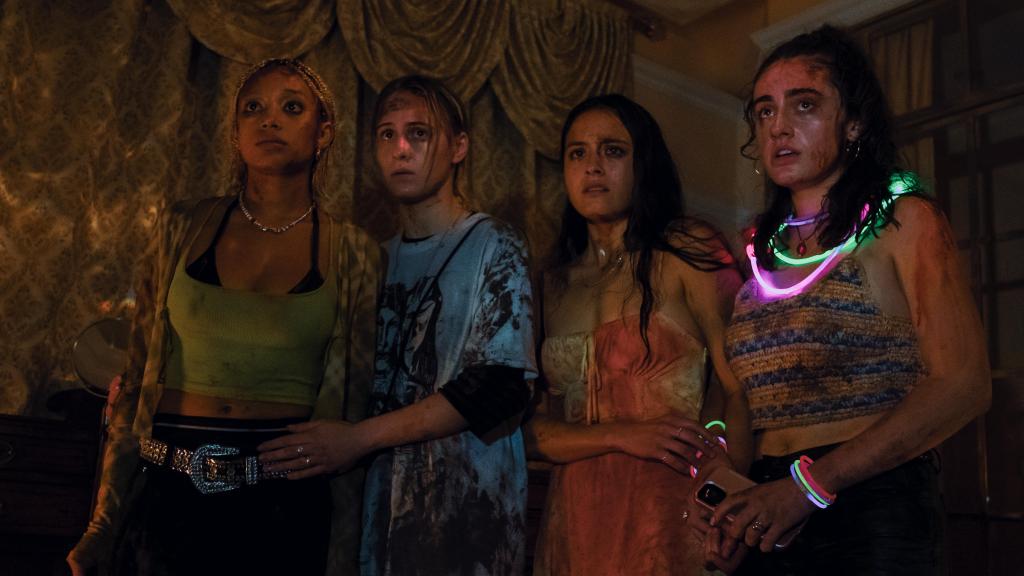 A24’s Bodies Bodies Bodies hit theaters with the highest per-screen average this weekend in a limited opening, and the second best of the year. That record was set last spring with Everything Everywhere All at Once as this indie distributor piles up successes.

Halina Reijn’s Gen-Z whodunnit comedy grossed $226,526 on six screens in NY and LA for a PSA of $37,754. Everything Everywhere opened to over half a million dollars on 10 screens in NYC, LA and San Francisco in late March for a PSA of $50,965, a pre-Covid kind of number.

The film, which premiered at SXSW, had sellouts on both coasts where it played NYC’s Lincoln Square, Union Square, Alamo Drafthouse Brooklyn, and LA’s AMC Century City, Grove and Burbank. With a 91% from critics and an 80% audience score on Rotten Tomatoes, Bodies looks well set up for a strong run through the rest of summer and beyond for A24, which has had tremendous success slinging arthouse fare for key younger demos.

Oscilloscope’s Claydream, Marq Evans’ documentary about Oscar-winning claymation pioneer Will Vinton, grossed a solid $4,550 in an exclusive opening at New York’s Quad Cinema, easily taking the spot in complex. It expands to LA next week, as well as Portland. where Will Vinton Studios was based and the film has hefty presales. It’s 100% with critics on Rotten Tomatoes.

Claydream will have a full theatrical window and expand to top markets throughout August and beyond.