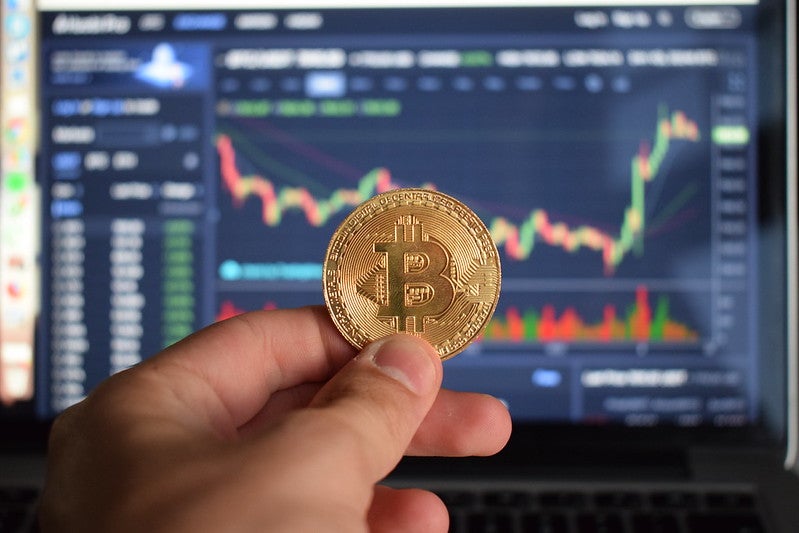 Bitcoin BTC/USD was sliding about 3% lower on Monday after rejecting the 200-day simple moving average on the weekly time frame for the sixth straight week in a row.

The apex crypto was also trading in an inside bar pattern on the weekly chart, in tandem with the S&P 500, which was settling into the same formation but on the daily chart. A big week ahead of earnings likely has the market in a state of indecision because the reactions to a few big tech companies printing results this week is likely to affect the future direction across multiple sectors.

Bitcoin and many other coins and tokens in the cryptocurrency sector have frequently been trading in tandem with the general markets recently, which suggests big tech earnings could greatly affect the price action of Bitcoin, even if the companies aren’t directly related to the crypto sector through their business practices.

Bitcoin is currently showing indecision, with a mixture of bullish and bearish signs, which likely means many more conservative traders and investors are sitting on the sidelines.

Want direct analysis? Find me in the BZ Pro lounge! Click here for a free trial.

See Also: Mark Cuban On The Nightmare Waiting For The Crypto Industry