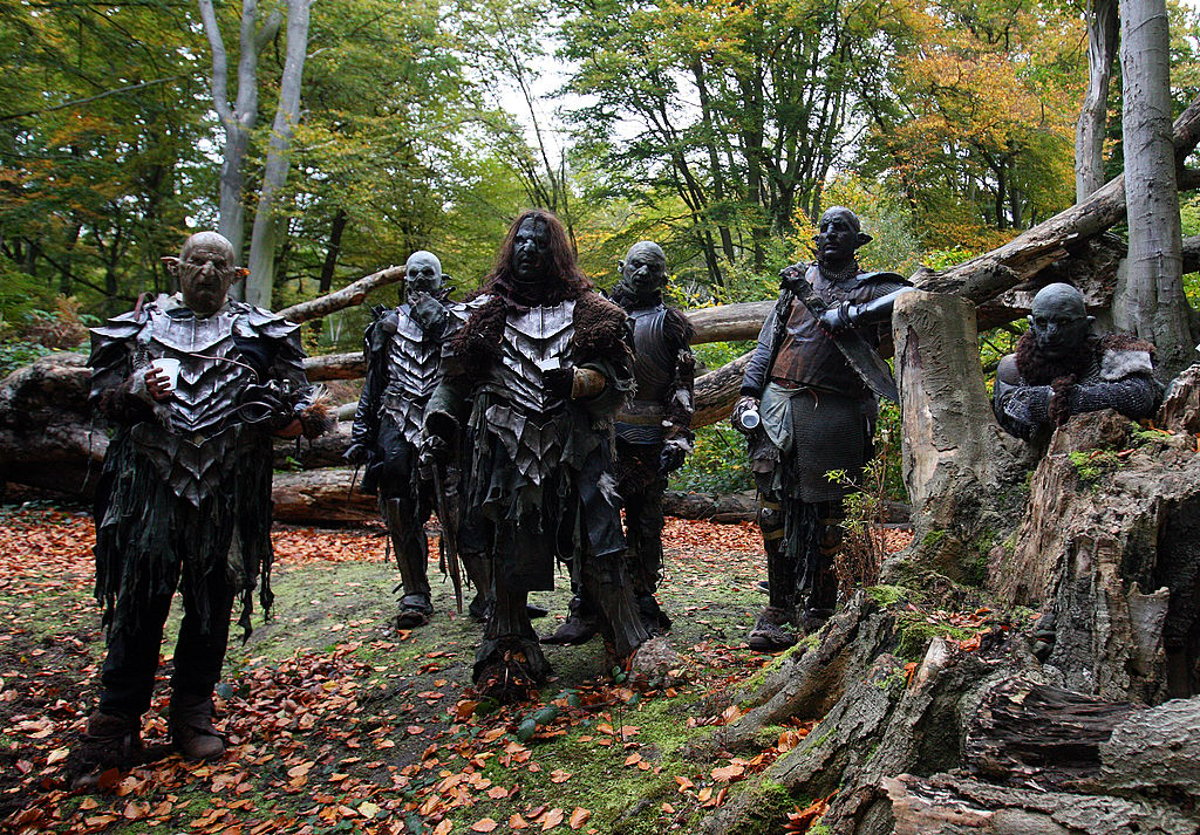 The Rings of Power will release on Friday 2 September and episodes will be released weekly on Amazon Prime Video.

Excitement is growing among fans of The Lord of the Rings as a new adaptation of JRR Tolkein’s works, The Rings of Power, will be released on Friday 2 September and episodes will be released weekly on Amazon Prime Video.

The Lord of the Rings films by Sir Peter Jackson put the series on the global stage as audiences around the world lapped up the high fantasy series written in the mid-20th century. It is a matter of Brummie pride that the author and academic who wrote it grew up in the region. Many of Tolkein’s works have now been adapted into films like The Hobbit series. And the Rings of Power will be the latest addition to the universe. Although it is not written by Tolkein it is based in the same universe he had created.

If you want to be part of the universe deeper than the books can take you, then it is possible to go to some of the important landmarks in Birmingham that are part of the books.

Tolkein was born in South Africa but moved to the West Midlands with his family after the passing of his father. He had enlisted for the First World War and the carnage had a deep affect on him. He began writing the books between 1937 and 1949, and it was finally released in 1954.

Some of the locations in the book are hiding in plain site, and you can easily access them. Here are the spots that you can find in his books:

Tolkein spent much of his time as a young boy at the Moseley Bog. It used to be a storage pool for Sarehole Mill and also has two Bronze Age ‘burnt mounds’. The author was inspired by the Book when creating the “Old Forest” in his books, where ‘Tom Bombadil’ lived. The area is preserved as a Local Nature Reserve managed by the Birmingham & Black Country Wildlife Trust, according to Birmingham Museums.

While it is a private residence now, it used to be 5 Gracewell Cottages in the hamlet of Sarehole. When the Tolkein family moved here in 1896, it was a rural area and Sarehole is seemingly the model for “The Shire”, the place where the Hobbits live.

The author spent several hours exploring the Mill with his brother Hilary. They were often chased away by the miller’s son, whom they called the “White Ogre”. The Mill is part of Birmingham Museums Trust and features the Signposts to Middle Earth exhibition. Tolkein had campaigned to save the Mill in the 1960s.

The author had lived in Edgbaston as a young boy and would have been familiar with the local landmarks, which included the 96ft (30m) Perrott’s Folly. The tower was named after John Perrott who had it built in 1758. It was initially part of a hunting lodge and became one of the first weather recording stations in the country in the 19th century. The Edgbaston Waterworks road also has the Victorian chimney tower, designed by JH Chamberlain and William Martin around 1870. The two towers are believed to be the model for Minas Morgul and Minas Tirith, the Two Towers of Gondor. The author and his brothers lived with their aunt in nearby Stirling Road between 1904 and 1908.

5. The Chamberlain Tower, the University of Birmingham

In November 1916, the author stayed at the University of Birmingham since it had been requisitioned by the army as the 1st Southern Military Hospital. He was brought from the Somme after getting trench fever. The Chamberlain Tower at the university is possibly the inspiration for the Eye of Sauron.

The Rep has a blue plaque commemorating Dr J. Sampson Gamgee, a local surgeon and founder of the Birmingham Hospital Saturday Fund. And, in the series, Sam Gamgee is Frodo’s loyal friend. Tolkein would have been familiar with the name as the name of the local cotton wool was ‘Gamgee tissue’ and the surgeon’s widow used to live opposite Tolkien’s aunt in Stirling Road.

Other sites connected to JRR Tolkein

While some locations inspired the ones in his book, there are others around the region that hold significance in his personal life.

He the school in New Street between 1900 and 1911. The school was later moved to its present site in Edgbaston in 1935. The author proved to be an all-rounder while studying at the King Edward’s School.

When the author lived in lodgings in Duchess Road at the age of 16, he met and fell in love with 19-year-old Edith Bratt. His guardian Father Morgan asked him to stop seeing her and moved him to Highfield Road, which was his last Birmingham address. He later married Bratt and they spent a night at the Plow & Harrow Hotel when he was likely on embarkation leave before leaving for France as an officer in the Lancashire Fusiliers.

Tolkein’s mother converted to Catholicism in 190 and the family worshiped at St Anne’s Church in Alcester Street, Digbeth. When they moved to Edgbaston in 1902, he and his family attended Cardinal Newman’s Oratory on the Hagley Road. They lived nearby in Oliver Road and the author was enrolled at St Phillip’s School, which used to be on the same street.

The country park was named so after Tolkein’s book and it follows the valley of the River Cole. It consists of wetland, grassland, woodland and heath, and a large variety of flora and fauna. The ford at Green Road (formerly Green Lane) is one of the only remaining ones along the Cole Valley and would have been an usual haunt for the author.

A message from the editor:

Thank you for reading. BirminghamWorld is Birmingham’s latest news website, championing everything that is great about our city – reporting on news, lifestyle and sport. We want to start a community among our readers, so please follow us on facebook,Twitter spirit Instagram, and keep the conversation going.