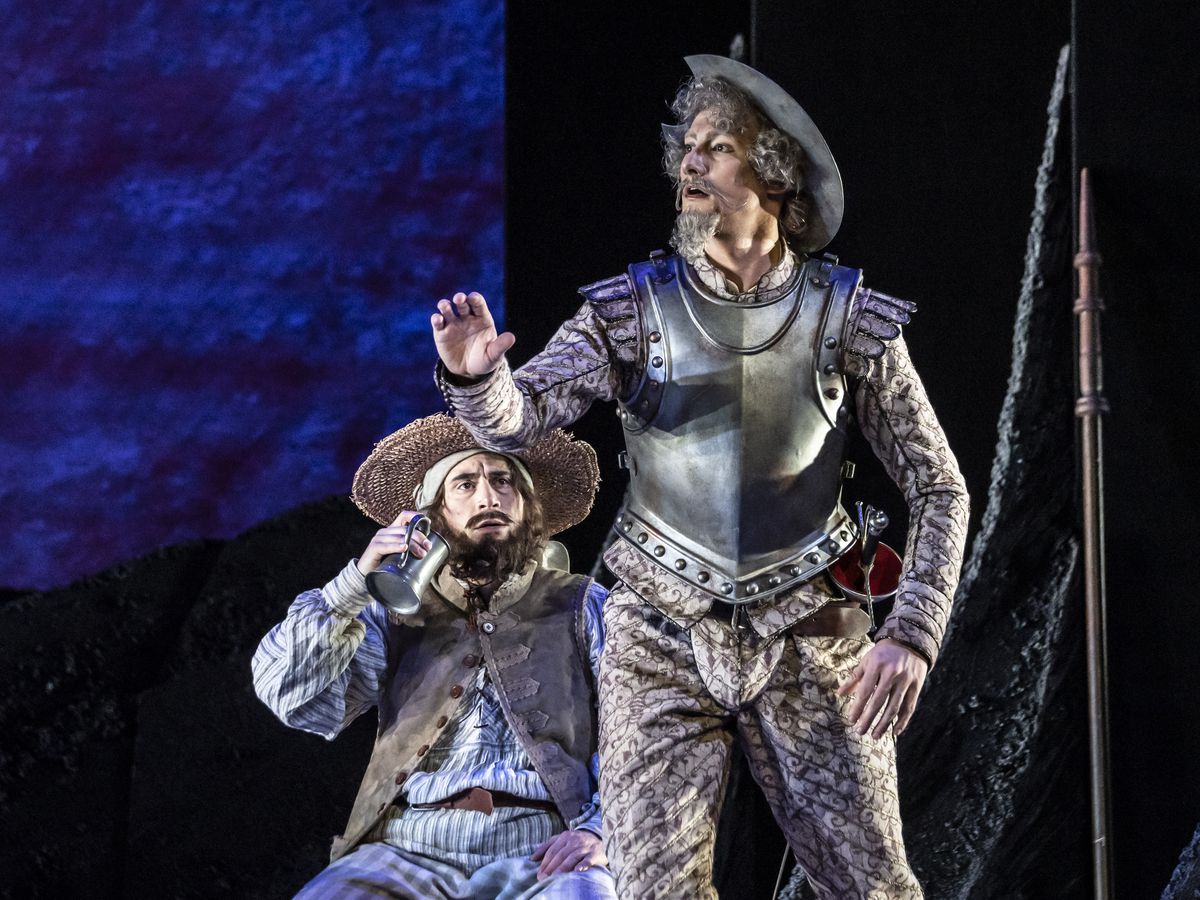 Director Carlos Acosta has revived his own 2013 Royal Ballet production adapting the 19th century choreography of Marius Pepita, which after a two-year Covid delay has been delighting audiences over the past week at the company’s home theater, Birmingham Hippodrome.

It was certainly worth the wait. It is an action and content-packed production with glamorous costumes, dramatic scenery and a Seville orange sun casting a warm glow over a heart-warming production that blends romance and comedy with the fantastic footwork.

Acosta’s affection for the work shines through, maybe because it was an excerpt from this ballet which won the then 16-years-old Cuban dancer a prestigious prize that launched his glittering career.

Based on a story from Cervantes’ 17th century literary classic, Quixote is something of a bystander in the opera that boasts his name. Center stage is dominated by the lovers Kitri and Basilio, who the befuddled old knight brings together despite Kitri’s disapproving father who favors a more suitable (meaning richer) suitor.

But what a pair the lovers are when danced by Momoko Hirata and Mathias Dingman. The Japanese ballerina has precision and poise, whilst her Kirov Ballet-trained American partner demonstrates considerable power, holding her aloft with one hand and later performing some of the most breathtaking spins I have seen. They truly are a dream duo, especially in the wedding scene when they fused athleticism and artistry in the elegant pas de deux.

Birmingham-born Tom Rogers radiated gentle nobility as Quixote, even when sat upon a barrel converted into a trusty steed, and Kit Holder provided comic value as his rotund squire Sancho Panza. Impressive support came from Brandon Lawrence as a conceited matador, whose cape waving poses had the senoritas swooning, Emma Price and Javier Rojas as the wild gypsy couple and Tzu-Chao Chou as an impish cupid-like character.

With 60 dancers, 300 costumes and 60 musicians, this ballet flecked with flamenco was fandango fabulous, and with cameras recording Friday’s performance it may yet reach a much wider audience after its final presentation at the Hippodrome on Saturday.