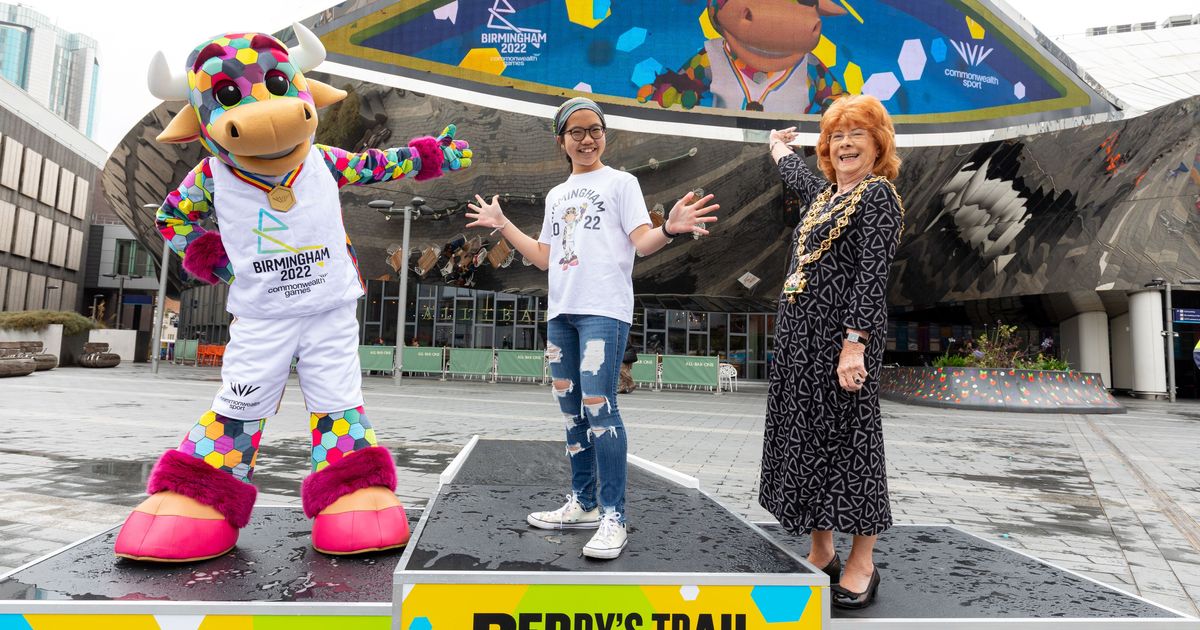 Birmingham 2022 Games Partners have created a city center trail which will be in place from 21 July to 8 August and will feature Perry, the official mascot for the Birmingham 2022 Commonwealth Games.

The trail, which is part of the ‘proud host city’ celebrations for the Games, will encourage both residents and visitors to Birmingham to get active and find the 17 stunning statutes and eight digital installations featuring Perry.

For the first time ever for a trail of this kind in the West Midlands, digital installations have been included and these will provide an opportunity for participants to interact with Perry, in a 3D experience.

The custom-made LED installations will give people an ‘immersive experience’ with Perry showing off his best sporting poses and encouraging trail participants to join in and imitate his exercises.

The ‘eye’ at New Street Station has even been included with Perry peering out and waving to passers-by, to brighten their day and welcome them to the Commonwealth Games host city.

Perry’s Trail will see the colorful and cheeky mascot located in iconic Birmingham locations, including St Paul’s Church in the Jewelery Quarter, The Custard Factory, Hurst Street and Centenary Square.

I can’t wait to take part in the trail and I’m especially excited about seeing the giant digital version of Perry.

One visitor to Birmingham who has been keen to take part in the trail is 12-year-old Emma Lou, who drew the original design which Perry is based on. Emma’s design included colorful hexagons to represent all of the communities of the Commonwealth coming together and these colors are set to help the statues stand out across the city centre.

Emma Lou said: “It’s amazing that a special trail has been created and that it features Perry, the mascot that I designed. I can’t wait to take part in the trail and I’m especially excited about seeing the giant digital version of Perry.”

The trail has been created in partnership with Birmingham City Council and the Lord Mayor of Birmingham, Cllr Maureen Cornish, said: “This trail is another fun way for the people of Birmingham and visitors to embrace our Proud Host City status for the Commonwealth Games.

“I hope many people discover parts of our fantastic City they haven’t been to before, and that the trail generates plenty of funding for the good causes linked to this wonderful project.”

Nicola Turner, Director of Legacy, said: “Perry’s Trail is such a fun way of exploring the city center and such a wonderful way of celebrating Birmingham’s status as the host city for the Games. We also hope the trail will hope to raise funds for our three official charities.

“The Perry statues and digital installations look amazing and add a final flourish to all of the incredible dressing that we have seen installed over the last few weeks.

“Emma designed the perfect mascot for the Games and he has been part of celebrations across the city, the country and the Commonwealth. Thousands of local children have met Perry in recent months as he’s made special appearances and brought fun and joy to hundreds of school assemblies.”