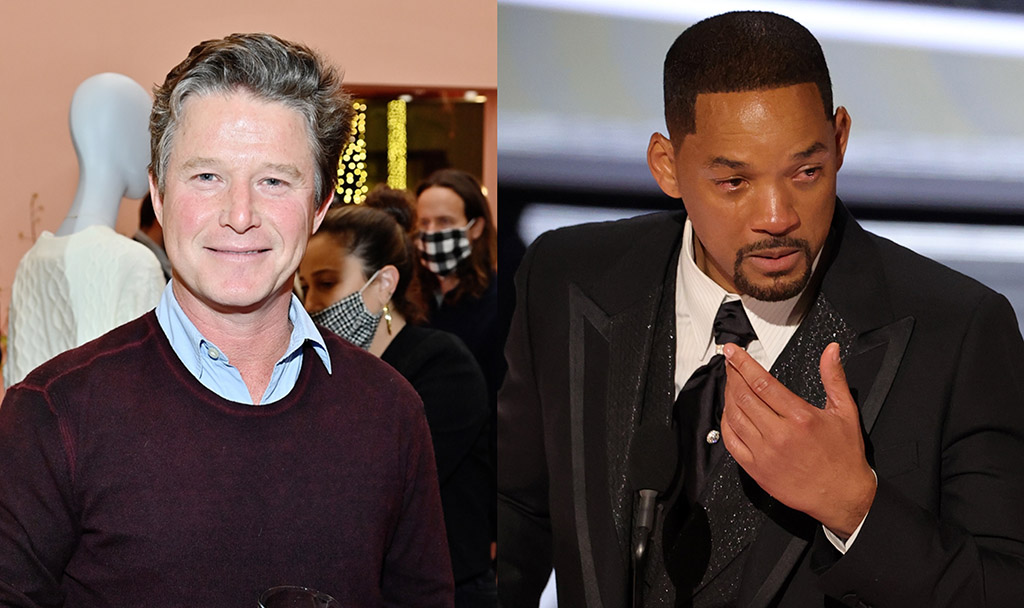 Billy Bush has continued to defend Will Smith after the King Richard star slapped host Chris Rock onstage at the Oscars last month.

On Wednesday, he told TMZ that it would be “crazy, crazy” and “ridiculous” for Hollywood to cast out the box office titan over the shocking event that followed Rock’s joke about Smith’s wife, Jada Pinkett Smith.

“One moment does not define your life, even one as bad as that,” Bush said. “Let me tell you, what I wrote is we are all wired for some weird, crazy stuff. We’re wired. Ninety-nine percent of the time, we do not do it. The better us comes out. But we ‘ re wired for it, and occasionally something happens. He snapped. I can not believe it. “

Bush faced backlash in October 2016, after the Washington Post published video of an unaired 2005 conversation between Donald Trump, then the host of Celebrity Apprenticeand Bush, who was the host of Access Hollywood and a contributor at Today. The clip showed Bush laughing and encouraging Trump as the future president said he might start kissing the woman they were about to meet. Trump claimed he could do anything to women in general, because he was a star. “Grab ’em by the p ****,” Trump infamously said. “You can do anything.” Bush was suspended from his jobs at first, and parted ways with the network altogether less than two weeks later. He’s now the host of Extra With Billy Bush.

He shared with TMZ his advice for Smith, who’s since apologized and resigned from the Academy of Motion Picture Arts and Sciences, the board of which is scheduled to meet April 15 to determine whether he will face further consequences. “Will, make… make something great of yourself,” Bush said. “There’s a great book called The Obstacle Is the Way. Use this somehow. He will. He’s Will Smith. Everything he’s done up to this point can not be worth nothing. He’s been a great guy. He’s been a great role model. He’s made good movies. He’s been a good person. I support Will. “

Bush said he does not want Smith to be ostracized by others.

“You do not think that guy’s hurting enough? He’s hurting,” Bush said. “So I just do not want to see anyone unnecessarily pile on the guy. Leave him alone.”

The TV host said he’d reached out to a publicist for Smith, so that he could send the star a book called The Daily Stoicwhich is subtitled “365 Meditations on Wisdom, Perseverance, and the Art of Living.”

“It’s about what was true 2,000 years ago is true today,” Bush said. “We’re all wired a certain way. Some things happen. How do we respond? You can not control events … You can only control how you react to them.”

Bush also defended Smith on Sunday, when he posted a statement calling for “forgiveness.”