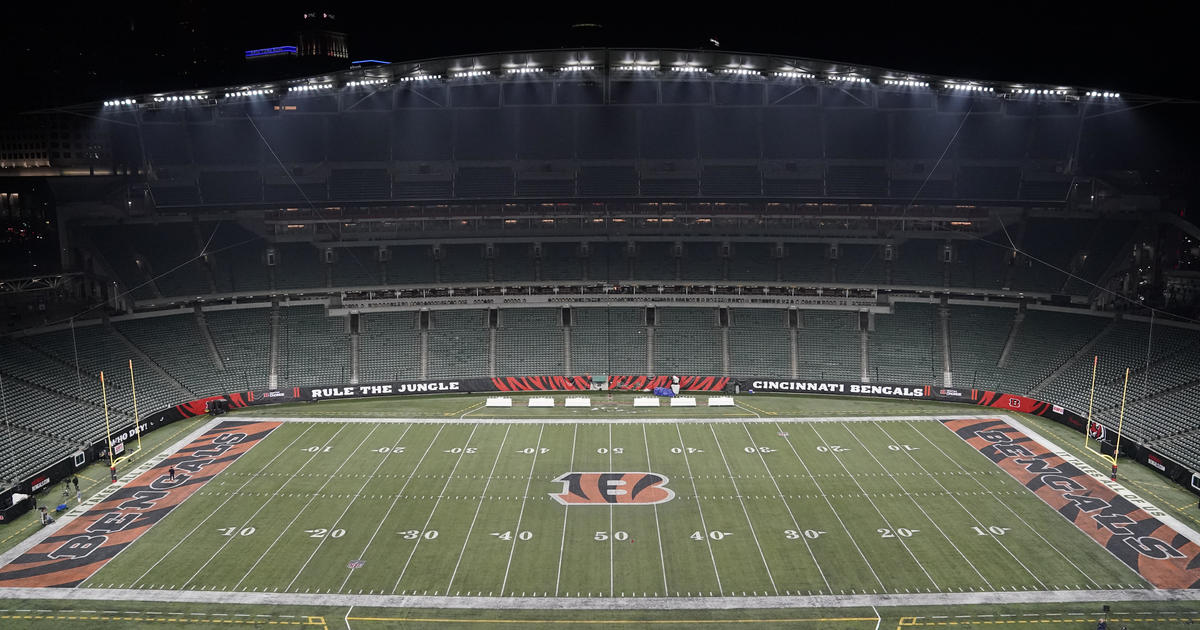 Monday night’s game between the Cincinnati Bengals and the Buffalo Bills will not be resumed after it was postponed due to Damar Hamlin’s sudden cardiac arrest on the field, the National Football League announced Thursday.

“This has been a very difficult week,” NFL commissioner Roger Goodell said in a statement. “We continue to focus on the recovery of Damar Hamlin and are encouraged by the improvements in his condition as well as the tremendous outpouring of support and care for Damar and his family from across the country. We are also incredibly appreciative of the amazing work of the medical personnel and commend each and every one of them.”

The decision was made in consultation with the Bills, Bengals and the NFL Players Association leadership, according to the statement.

The thousands of fans at Paycor Stadium and millions of people watching Monday night’s game were shocked when Hamlin, 24, went into cardiac arrest after tackling Bengals receiver Tee Higgins on what seemed like a routine hit. Hamlin was treated on the field, which included CPR beg performed and the use of an automated external defibrillator. He was resuscitated on the field before being transported to a Cincinnati hospital. Doctors said Thursday that he has shown signs of improvement, including writing a note to ask which team won the game, but remains in critical condition.

After Hamlin had been taken off the field in an ambulance, Joe Buck, ESPN’s play-by-play announcer for “Monday Night Football,” initially stated players would be given five minutes to warm up before play would resume. None of the players appeared to be getting ready, and the referees eventually announced that the game would be “temporarily suspended,” prompting both teams to return to their respective locker rooms. An official announcement that play would not resume Monday night was made about an hour after Hamlin had collapsed.

NFL executive Troy Vincent later claimed that at no point did the league communicate that the game would be restarted after a five-minute warmup period.

“I just want to be clear, just that suggestion alone was inappropriate,” Vincent said Wednesday on a conference call with media, according to CBS Sports. “It was insensitive and, frankly, it lacked both empathy and compassion for Damar’s situation, who is still and was fighting for his life this day. It lacked complete, and it was just so insensitive to think that we were even thinking about returning to play.”

Both teams had already clinched playoff berths, however, canceling the remainder of the game does create potential seeding issues, which could lead to “potential competitive inequities in certain playoff scenarios,” the NFL said. NFL clubs will convene Friday to consider a resolution proposed by Goodell to deal with these possible issues.

The resolution would make it so that the AFC Championship Game would be played at a neutral site if both teams that qualify could have possibly been the number 1 seed but one played a fewer number of games than the other.

Additionally, If the Baltimore Ravens beat Cincinnati in the final week of the season, and the two teams are then scheduled to meet again in the Wild Card round, home field advantage will be decided by a coin toss.

“As we considered the football schedule, our principles have been to limit disruption across the league and minimize competitive inequities,” Goodell said. “I recognize that there is no perfect solution. The proposal we are asking the ownership to consider, however, addresses the most significant potential equitable issues created by the difficult, but necessary, decision not to play the game under these extraordinary circumstances.”