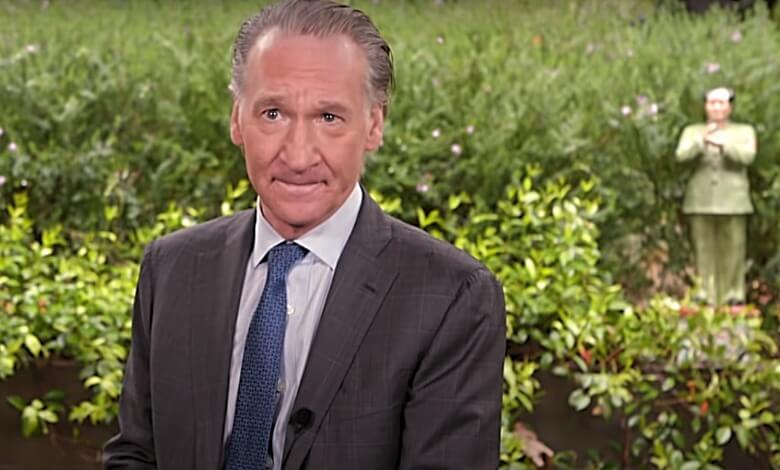 In no way, shape or form has liberal comic Bill Maher been red-pilled.

What we’ve seen from the “Real Time with Bill Maher” host is a willingness to follow the funny wherever it leads. And, more importantly, call out his own political side.

Now, Maher has taken that sentiment to a powerful new level.

Maher still appears to read, and believe, the mainstream press despite his knack for reaching across the aisle. For one stark example, Maher had no idea Hillary Clinton has been pushing election denialism for nearly six years.

Maher’s willingness to tweak his fellow progressives earned him some fresh enemies on the Left. His latest decree, though, could make things much dicier for him in liberal circles.

Maher gave a full-throated shout-out to Bari Weiss on Twitter over the weekend. For the uninitiated, Weiss is a left-leaning reporter and columnist who recently worked for The New York Times.

She famously quit the hard-Left outlet after being ostracized by her peers, among other complaints. She says she was called a “racist” and a “Nazi” among other vicious epithets. Weiss is Jewish.

Her resignation letter proved one for the ages.

Twitter is not on the masthead of The New York Times. But Twitter has become its ultimate editor. As the ethics and mores of that platform have become those of the paper, the paper itself has increasingly become a kind of performance space. Stories are chosen and told in a way to satisfy the narrowest of audiences, rather than to allow a curious public to read about the world and then draw their own conclusions. I was always taught that journalists were charged with writing the first rough draft of history. Now, history itself is one more ephemeral thing molded to fit the needs of a predetermined narrative.

Weiss’s comeback came in a hurry. She fled to Substack and created her own news vertical, amassing thousands of paying followers in the process.

More recently, Weiss joined a small cadre of journalists working with Elon Musk to share the behind-the-scenes chicanery at Twitter prior to Musk purchasing the platform.

The ongoing series reveals the deceptions, censorship and collusions under ex-CEO Jack Dorsey’s watch. So far, we’ve learned that Twitter routinely lied about its shadow banning practices, invented new rules to ban users who embarrassed progressives and served as an adjunct of the Democratic Party.

That coaxed progressives to excoriate Weiss, along with fellow left-leaning reporters like Matt Taibbi, while declaring the shocking revelations a parade of “nothingburgers.”

Maher disagrees. How do we know that?

The comedian praised both Weiss and the launch of her new platform, The Free Press. Weiss used the Twitter Files gig to promote The Free Press, an extension of her Common Sense platform vowing more old-school journalism.

Couldn’t be prouder that @bariweiss ‘s enterprise, formally Common Sense, is now The Free Press (@thefp), a new name to cover its more vast influence. Those who hunger for truth over tribalism are still a minority, but we’re growing! Congrats to Bari and Nellie! I’ll be reading!

Truth over tribalism. Sounds like The Free Press’ marketing team should give Maher a call.

Some of Maher’s Twitter followers, including some so-called journalists, disagreed with the endorsement.

What amazes me is that Bari Weiss and her ilk carry on like they’re the only reporters who are free from bias. When in fact they are some of the most remarkably biased journalists working today. Why do you think Elon Musk chose them? Because they’d be impartial and tough on him?

Now, if Maher reads The Free Press he might not change his party affiliation. His core values align with the Democrats of yore, and little will change that.

He may learn, though, that the news media is even more biased than he ever imagined. And, chances are, he won’t be alone in that realization.


5 Questions to Ask Before Subscribing to Any Streaming Media Service