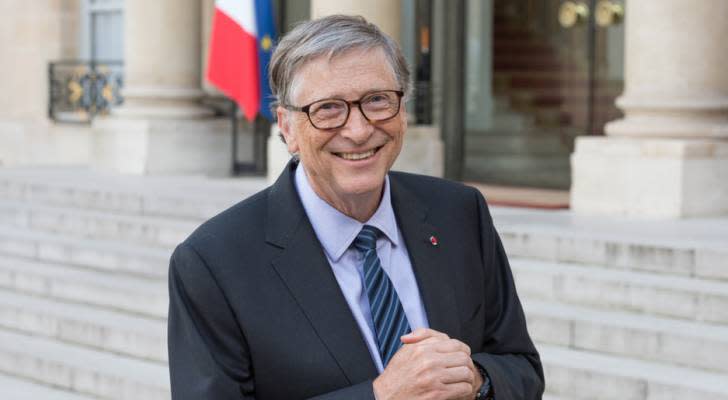 Bill Gates made his fortune in tech, but he’s now betting big on something completely different: farmland.

Of course, this is not first time Gates has invested in the asset class. Having amassed nearly 270,000 acres of farmland across dozens of states, Gates is already the largest private owner of farmland in America.

Let’s take a closer look at the approval.

Betting (on) the farm

Gates’ purchase of farmland in North Dakota initially raised concerns because of a Depression-era law that prohibits corporations and limited liability companies from owning farmland in the region.

North Dakota’s Agriculture Commissioner Doug Goehring previously told KFYR-TV – a television station in Bismarck, North Dakota – that many people were not thrilled about the news.

“I’ve gotten a big earful on this from clear across the state, it’s not even from that neighborhood. Those people are upset, but there are others that are just livid about this, ”Geohring said.

However, the anti-corporate farming law does allow individual trusts to own farmland if it is leased to farmers – and that’s what Gates’ firm plans to do.

On Wednesday, North Dakota’s Attorney General issued a letter saying that the purchase complied with the law.

You do not need an MBA to see the appeal of farmland.

Markets can go up or down, but no matter what happens, people still need to eat.

And it just so happens that Gates’ good pal Warren Buffett also likes the asset.

In fact, Buffett bought a 400-acre farm in Nebraska back in 1986. “I needed no unusual knowledge or intelligence to conclude that the investment had no downside and potentially had substantial upside,” Buffett later wrote.

At Berkshire’s annual shareholders meeting earlier this year, Buffett mentioned farmland again as one of the two assets he’d buy instead of Bitcoin.

“If you said, for a 1% interest in all the farmland in the United States, pay our group $ 25 billion, I’ll write you a check this afternoon,” he said.

No need to be a billionaire

While the ultra-rich have been acquiring farmland, you do not need to be a billionaire to get a piece of the action.

Publicly traded real estate investment trusts – that specialize in owning farms – allow you to do it with as little money as you’re willing to spend. You do not need to know how to work the farm, either – just sit back, relax, and enjoy the dividend checks rolling in.

Then there’s Farmland Partners (FPI), a REIT with a farmland portfolio of 185,000 acres and an annual dividend yield of 1.8%.

If you are looking for options outside the stock market, there are investing services that allow you to invest in farmland as well.

What to read next

This article provides information only and should not be construed as advice. It is provided without warranty of any kind.