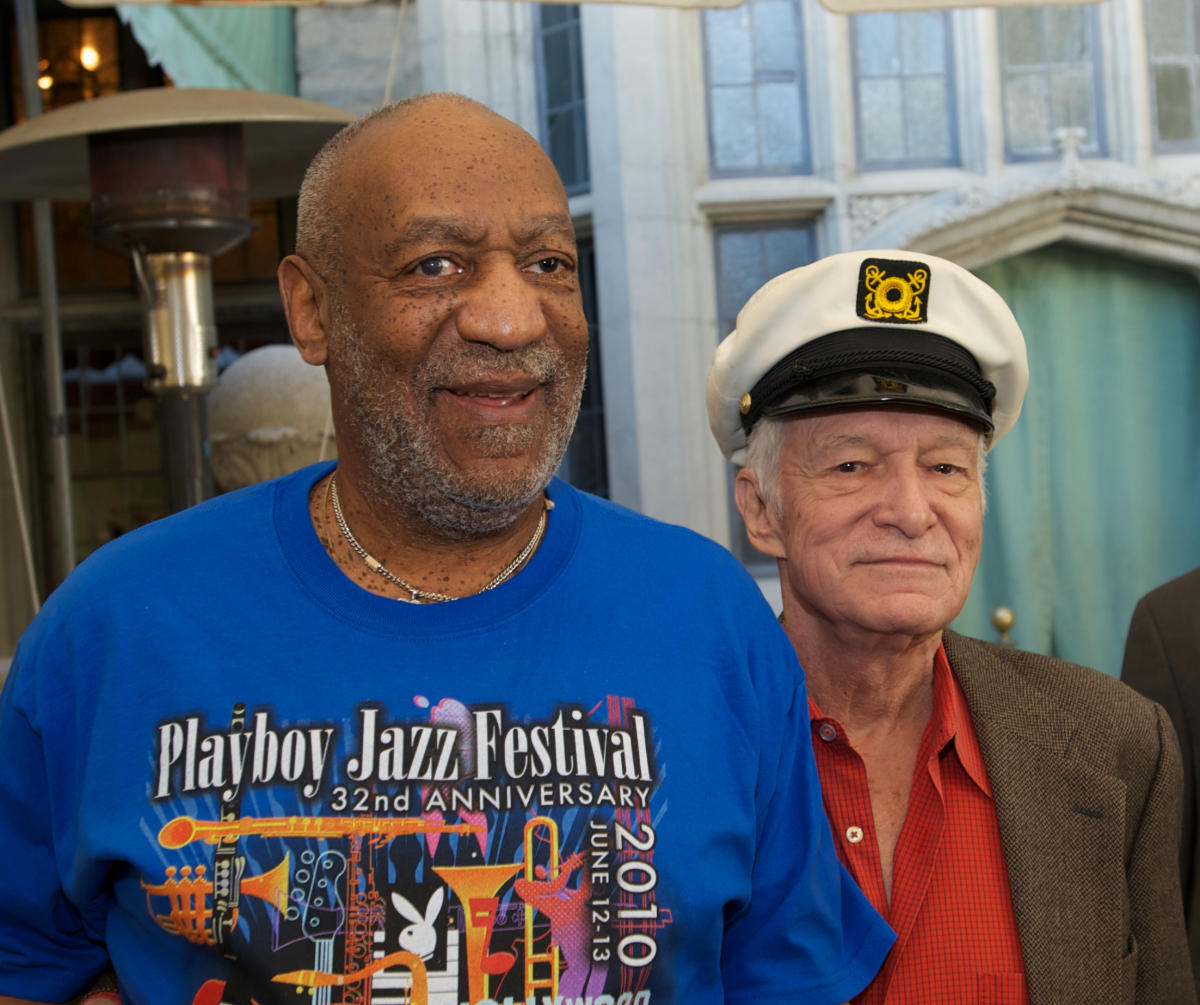 Hefner and Cosby’s decades-long friendship was well documented before the disgraced actor’s reputation was tarnished in 2014 by dozens of sexual assault allegations. The Cosby Show star frequented the Playboy Mansion where multiple women claim they were drugged and raped.

“When the whole Cosby story broke … none of that was a surprise,” says Hefner’s former bodyguard, Jim Ellis. “I was there, I saw – I know what he did.”

Ellis was a member of Hefner’s executive protection team in 1980 and 1981.

“Everybody that worked at the mansion knew that he was basically a predator,” adds Ellis, claiming Cosby was at the mansion three to four times a week. “He was not there to eat lunch.”

“Bunny mother” PJ Masten says she “heard many stories about Bill Cosby from the ’60s all the way up to 2008.” Masten oversaw female employees at Playboy clubs in Chicago and Los Angeles from 1972 to 1982. She emotionally recalls her own alleged brutal attack in the episode, claiming Cosby drugged, raped and sodomized her in Chicago in 1979. After the alleged rape, Masten says Cosby sent her “a 4-foot ficus tree.” She shows the note he sent along with it that read, “Stay healthy mentally, stay in charge of yourself.”

Masten claims she told her boss about the attack, who replied, “That’s Hefner’s best friend. I suggest you shut your mouth if you wanna keep your job.”

Monday’s episode focuses on the death of former Playboy model Paige Young, who took her life in 1974. A suicide note purportedly listed men she felt abused by, including Hefner. Friends suspect she was raped by Cosby; however, there is no direct connection made between Cosby and Young’s suicide.

Hefner’s ex-girlfriend Sondra Theodore believes the publishing mogul was aware of what Cosby was doing at the mansion.

“Did Hef know? I think he did. How could anything be flipped under anyone’s nose in that house. Cameras were everywhere. He had to have known,” Theodore muses. “But Cosby was his go to celebrity … because of that, he was allowing the women to be used.”

(When contacted by Yahoo for comment on the episode, Cosby’s rep pointed to a statement given earlier on Monday praising the Supreme Court’s decision not to review the comedian’s sexual assault case, which was overturned in 2021.)

Hefner’s relationship with Cosby is not the only one scrutinized. The docuseries also examines Hefner’s close ties with director Roman Polanski, who raped a 13-year-old girl in 1977. Former Playboy model Charlotte Lewis claims in the episode she was raped by Polansky at age 16.

Theodore alleges she overheard Hefner and his friends brushing off Polansky’s behavior, simply remarking about how “that schmo got caught.”

“They were just relieved they hadn’t gotten caught, “Theodore says.

Horrific assault claims are levied against athlete and actor Jim Brown, who has a decades-long history of violence against women.

“Jim Brown could come up and have sex at the mansion and he always abused different Playmates. I observed it, many people witnessed it,” claims Stefan Tetenbaum, who worked as Hefner’s valet from 1978 to 1981. Brown allegedly “cracked ribs,” dislocated women’s jaws and “brutalized girls.”

“Hef did tell me that Jim Brown brutalized women,” claims Theodore. “But why would [Hef] keep letting him come up? What’s with that? Because he was a celebrity. “