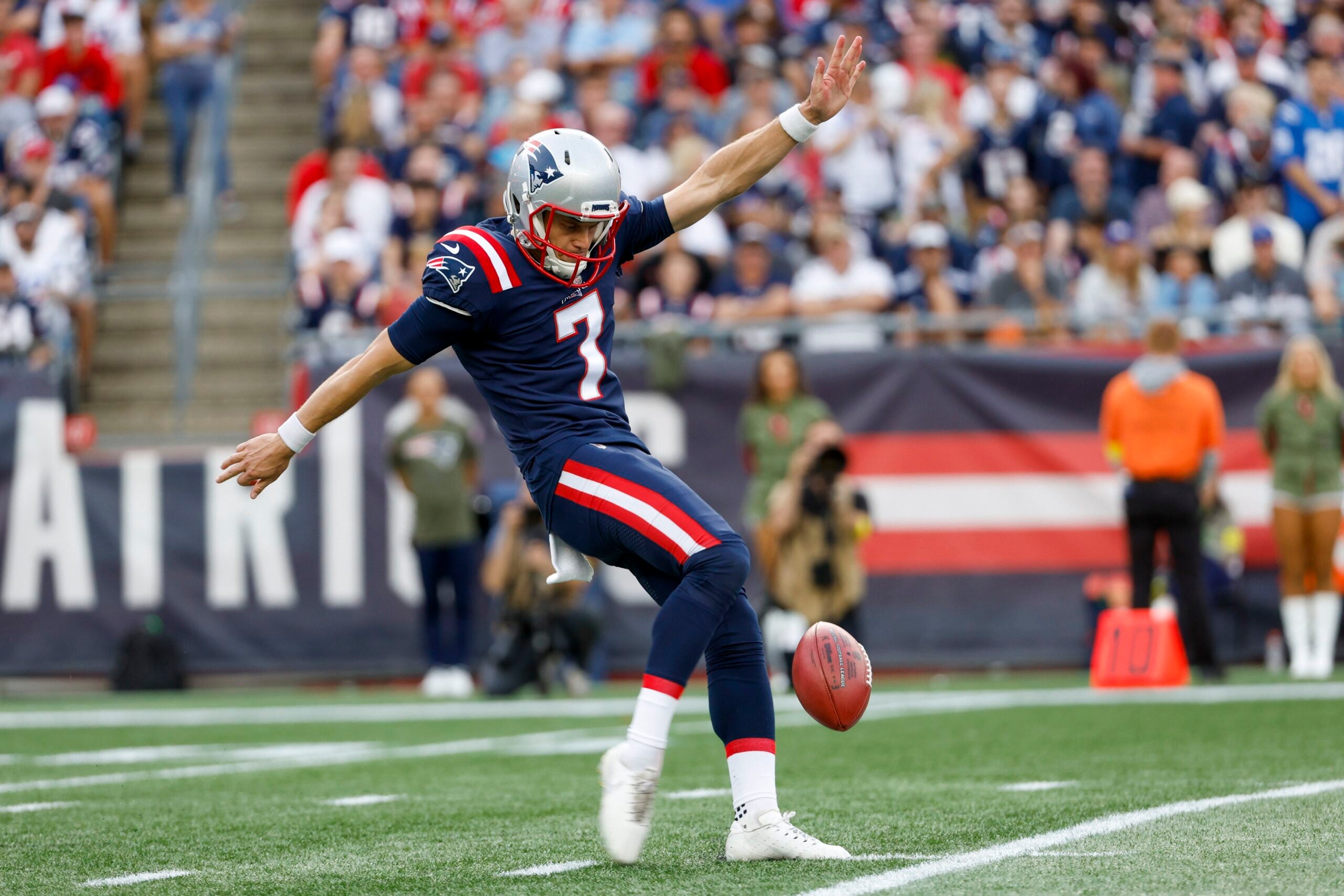 Patriots punter Jake Bailey hasn’t had the performance that many would’ve expected out of him entering the season.

After signing a four-year, $13.5 million contract extension that made him one of the NFL’s highest-paid punters in August, Bailey’s averaging 42.1 yards per punt. Not only is that the lowest of his four-year career it also ranks dead last among the 32 punters that qualify in that stat.

Bailey’s last punt prior to the Patriots’ bye week was his worst yet. He punted the ball out of bounds and just seven yards from the line of scrimmage.

Ahead of Sunday’s game against the Jets, Bailey was listed as doubtful to play due to a back injury. Even as Bailey is dealing with an injury, Patriots coach Bill Belichick dropped a blunt assessment of his team’s performance in the punting game so far this season.

“I mean it’s been good and then it hasn’t been consistent,” Belichick said Friday. “So, it’s not like it’s all bad, not like it’s all good. It’s just — it’s inconsistent so I think there’s a number of areas we can improve in, we’ve got to improve in. But each person’s got to do — obviously, it starts with the specialist but there’s other things that we need to improve in. Punt team and kickoff coverage as well. Although, I think he’s kicked off fairly well this year.”

Belichick shared what exactly Bailey could do to improve his punting in the second half of the season.

“It’s just like any technical thing, a golf swing or a punter or whatever,” Belichick said. “There’s mechanics and consistency and execution of it. Again, there’s plenty of talent there and there’s been some rainbows out there like there always have been. So, work harder and make it more consistent.”

If Bailey can’t go on Sunday, nine-year pro Michael Palardy will likely get the nod at punter. The Patriots signed Palardy to their practice squad earlier in November, marking the ninth NFL team he’s been on in his career.

Belichick had some praise for the Palardy on Friday.

“He’s been a good punter, a good athlete,” Belichick said. “High school quarterback, kicked off, punted. It was good to have him here last week with getting ready for [Colts punter Matt] Haack.”