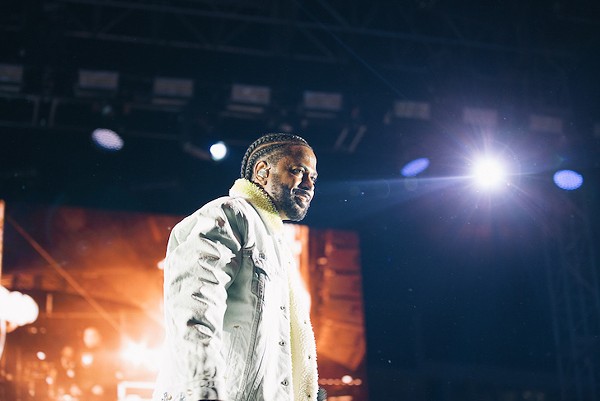 Big Sean said he wasn’t fucking with us because he had a trillion million other things he’d rather do in his 2015 song “I Don’t Fuck With You.” But he does fuck with us. Hard. And by “us” we mean his hometown Detroit, where he’ll host his DON Weekend community block party next week.

DON Weekend (which stands for “Detroit’s on Now,” and is also a nod to his nickname and album “Sean Don”) will be held Aug. 25-27, organizers announced Tuesday. It features a lineup of professional development talks, a carnival, an outdoor art walk, and other family-friendly events. This year marks the festival’s fourth annual installment.

The weekend includes a screening of the Detroit techno documentary, God Said Give ‘Em Drum Machines on Thursday, Aug. 25 at the Michigan Science Center. A VIP-only reception and DON awards ceremony is planned for Friday, Aug. 26 with categories for Detroit-based Brand of the Year, Restaurant of the Year, and Nonprofit of the Year, among others.

Saturday, Aug. 27 is the block party and carnival with a celebrity kickball tournament, derby races, kids inflatable bounce houses, and yoga class. There will also be panel discussions on topics like mental health and how to help children find their passion. The carnival and talks are free, but pre-registration is required.

The event’s announcement comes on the heels of Sean’s appearance at the Mo Pop Festival, which he headlined last month.