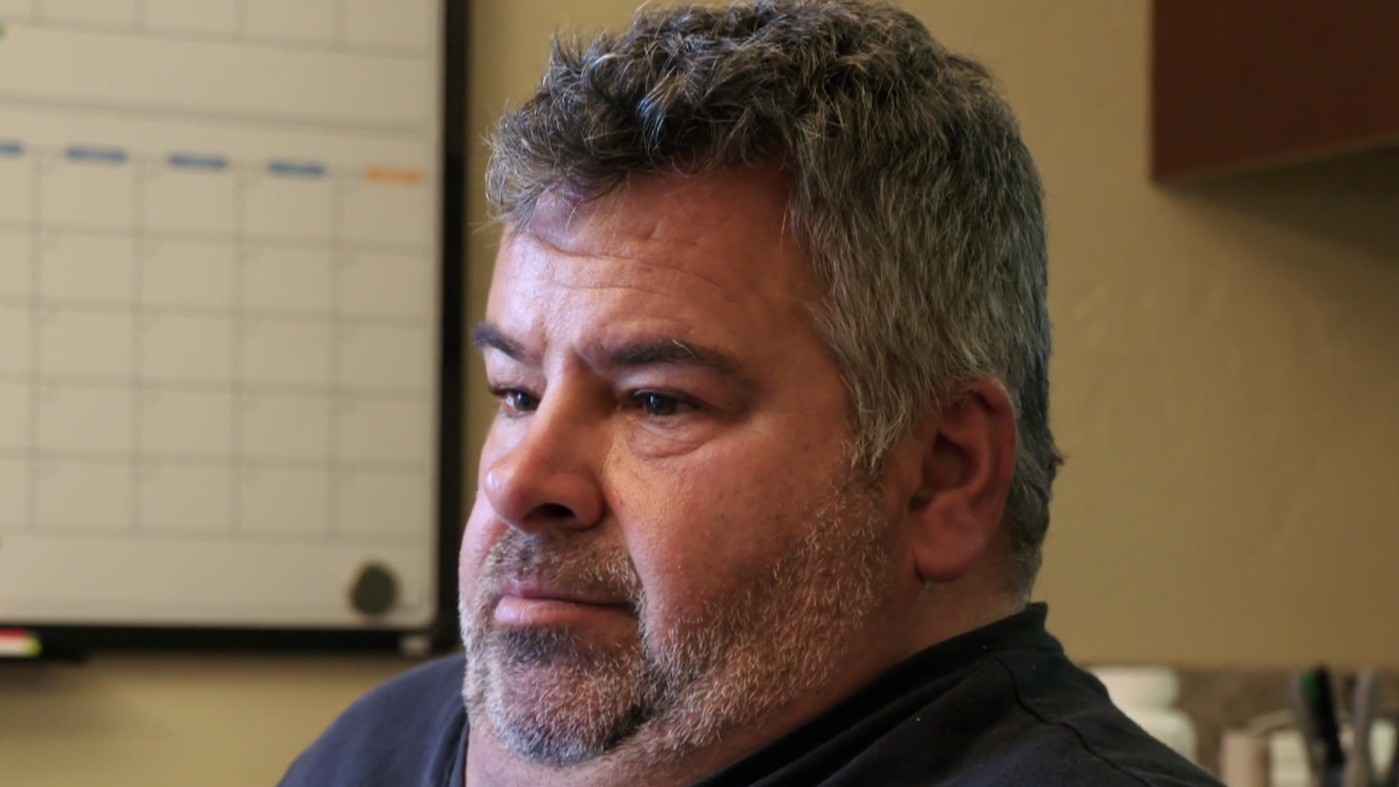 During last weekend’s episode of 90 Day Fiance: Happily Ever After?, Liz got some good news.

Not only had she returned to work, but she received an offer that could get her a lot of money and stability.

She will need to show on paper that she has a stable life if she’s going to fight for custody against her ex.

But in the promo for Episode 17, Ed tells Liz that he won’t let her “pressure” him into marriage. His devastated fiancee reacts appropriately.

Well, as romantic as it can get when Big Ed’s shirt was both on backwards and inside-out.

Liz spoke about her desire to return to work, somehow assuring Ed that he has “nothing to worry about.” Weird thing to have to tell your spouse about just doing your job.

Ed was all bent out of shape because he doesn’t like the hours that Liz works, and dislikes that her coworkers are young and energetic.

He all but wanted to give Liz a curfew. The translation here is that he is a deeply insecure man.

This is the guy who ruined his own engagement party by “accusing” Liz of having an ex-girlfriend, so this is more or less what we expect from him.

This is when her chef sat her down on camera to surprise her with an amazing offer: he could make her a partner.

The money and stability that Liz is looking to gain could be within reach. But it would mean more hours … and an unhappy Ed.

Liz took Ed’s order and broke the news to him.

She was visibly nervous, rather than showing the excitement that one would normally display when sharing good news.

Big Ed did begin his response by congratulating her. That actually shows some growth on his part.

But he quickly emphasized that he doesn’t like the idea of her working new, long hours.

“I want a wife,” he reminded his fiancee.

And it sounds like that conversation bleeds over into the Season 7, Episode 17 dispute that the promo teased.

In the promo, which came so late in the episode that the credits were rolling, Liz and Ed are at home.

Things are looking tense between them.

As many partners have done before her, Liz is expressing her needs and her goals for the future.

“I’ve been thinking about the future,” Liz tells her toxic fiance.

“And,” she continues, she has been thinking about “wanting to be secure.”

The promo offers very little context. However, we can reasonably infer that she is discussing wedding plans.

Despite their engagement (and not one, but two engagement parties), Big Ed seems reluctant to move forward.

“I’m not going to be pressured into getting married,” Ed insists.

We do not know what else he may or may not have said, but the promo shows us Liz processing his words.

It looks like she is working through what Big Ed has just told her, and perhaps trying to resist the impulse to cry.

While speaking to the confessional camera, the tears are flowing.

“I don’t deserve the drama anymore,” a crying Liz expresses.

She is right. Truly, no one deserves what Big Ed has put her through.

The promo returns to Ed and Liz at the table … but not for long.

Frustrated and devastated and no longer in the mood to film or speak, she gets up from the table.

She storms away and walks out a door. Liz is in such a hurry that production has no choice but to break the fourth wall.

This was not a behind-the-scenes moment that anyone had planned.

One does not generally sign up to work a camera with plans to appear on it. The same applies to audio technicians and other members of the production crew.

But Liz and Ed have no shortage of drama.

It is not immediately clear why Ed, who proposed to Liz and is her fiance, is dragging his heels en route to the altar.

Perhaps he said something else during this exchange. Something that editors have not yet revealed.

We will have to wait until Sunday’s episode to see the full scene. But fans already expect that Big Ed is likely in the wrong. This could be a rare exception. But it’s not likely, is it?

Yes, Android Phones Can Use Apple’s MagSafe Too. Here’s How