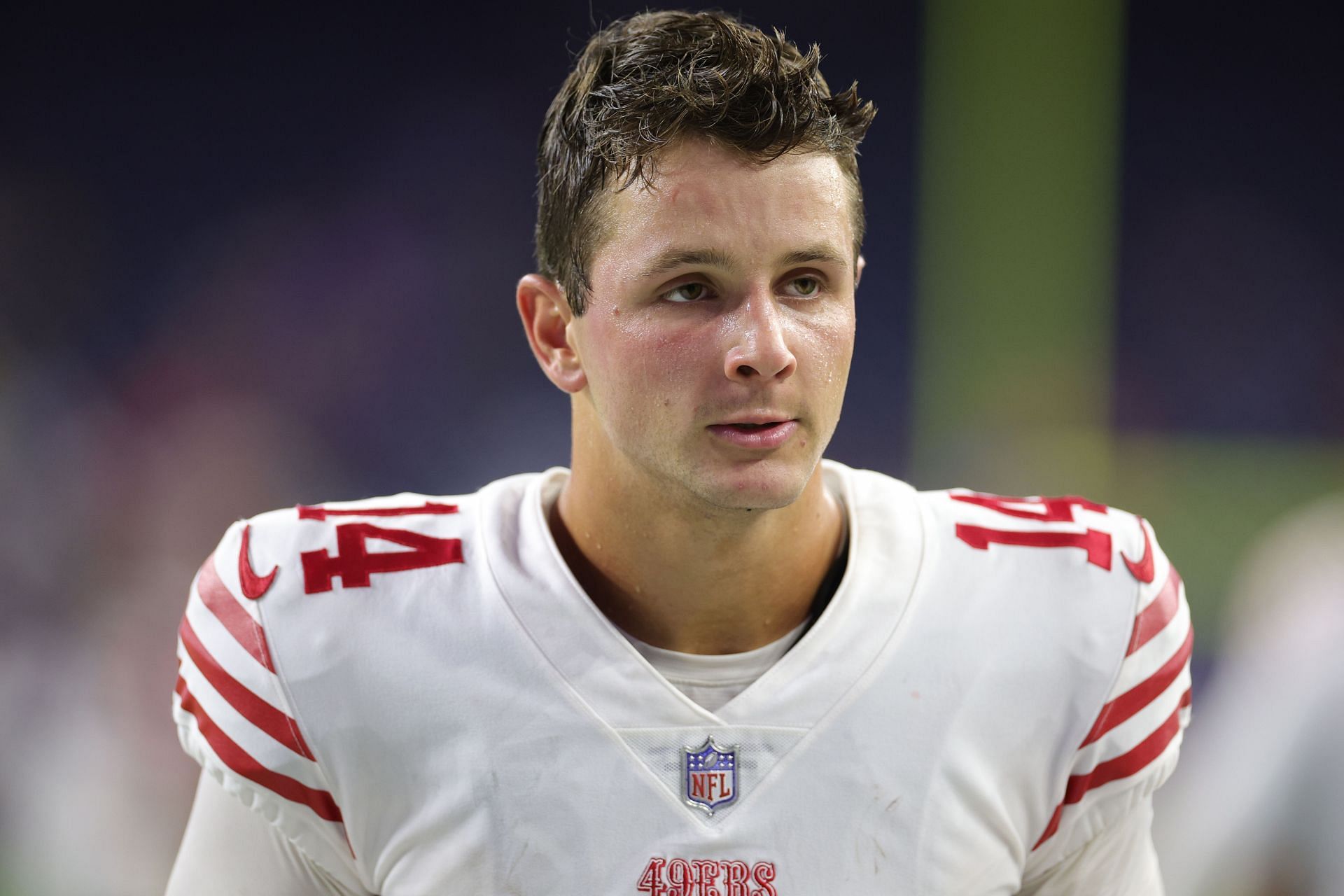 San Francisco 49ers quarterback Brock Purdy is making his first career start today vs. the Tampa Bay Buccaneers. He filled in for the 49ers last week when starting quarterback Jimmy Garoppolo exited the game with a foot injury that has knocked him out for the remainder of the regular season.

Purdy stepped in and defeated the Miami Dolphins while throwing for 210 yards, two touchdowns, and an interception.

Purdy has impressed teammates all across the locker room with his confidence and display of leadership.

Shanahan praised him a very unusual but colorful way:

“He’s got some balls out there. Forgive me for saying it that way.”

Kittle also used some interesting language to describe him:

“He’s got some cojones to him. If you’re not confident, guys feel that.”

Samuel followed the same theme in using words of praise for his teammate:

“Oh, he defintely has balls. It takes nuts to call a timeout without Kyle calling it.”

Warning: Some NSFW words in the tweets below:

How Brock Purdy’s teammates have described him since his big game on Sunday:

How Brock Purdy’s teammates have described him since his big game on Sunday: https://t.co/Y45grRGJvk

NFL fans seem to love Purdy’s nickname as they are all praising him.

Here’s how fans are referring to Brock being called ‘Big C**k Brock’:

Big Cock Brock coming to smash your team. Who’s next

Big Cock Brock coming to smash your team. Who’s next 💪 💦

How can the 49ers ever go back to Lance or Garropolo when they now have a QB with the nickname “Big Cock Brock”?!?!

How can the 49ers ever go back to Lance or Garropolo when they now have a QB with the nickname “Big Cock Brock”?!?!

Brock Purdy is showing out in his first career start vs. Tampa Bay Buccaneers

Brock Purdy shone in his first action last week against the Dolphins and he continued to do so in his first career start.

Purdy has completed 16 out of 21 passes for 185 yards and a pair of touchdowns. He also has a rushing touchdown on the ground.

If they win, which seems near-certain, San Fran will improve to 9-4 on the season and will remain in first place in the NFC West.